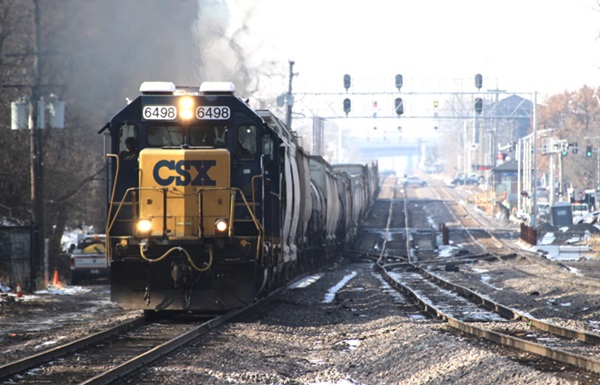 The publicly traded Class I railroads will begin reporting their fourth-quarter and full-year financial results Thursday, when Union Pacific and CSX Transportation release their earnings.

As a group, earnings for the six Class I systems are expected to rise 5.5%, according to I/B/E/S consensus estimates. That’s far better performance than is anticipated for the large companies on the S&P 500 Index, whose earnings are expected to tumble 12% due to the economic impact of the pandemic.

A key question to watch for during the railroads’ earnings calls: Will railroads fully reinstate earnings and volume guidance for 2021? At the onset of the pandemic last year the Class I systems joined most other companies in suspending their financial outlooks amid the economic uncertainty.

UP, which will release results on Thursday morning, on Jan. 8 announced preliminary operating results as part of a regulatory filing that disclosed the railroad’s $278 million impairment charge for its investment in Brazos Yard. [See “Union Pacific writes down Brazos Yard investment,” Trains News Wire, Jan. 8, 2021].

UP expected its operating income to fall 4.8% in the quarter compared to a year ago. The railroad’s operating ratio, adjusted for the impact of the Brazos Yard charge, was 55.6%, a 4.1-point improvement from the fourth quarter of 2019. Analysts expect UP’s earnings per share to rise 10.8% for the quarter.

CSX is expected to report a 1% increase in earnings when it reports its financial results on Thursday afternoon.

Kansas City Southern, the smallest Class I, is expected to report a 5.5% boost to its earnings. It will release its financial results on Friday morning.

Canadian National’s earnings are expected to surge 13.5%. CN will hold its earnings call on Jan. 26.

On Jan. 27, Norfolk Southern and Canadian Pacific will close out the fourth-quarter earnings reports. NS, which reports in the morning, is expected to see its earnings fall 2.7%. Analysts expect CP, which releases its financial results in the afternoon, to show a 5.2% increase in earnings.

BNSF Railway is expected to report its fourth-quarter and full-year earnings alongside its corporate parent, Berkshire Hathaway, on Feb. 22.