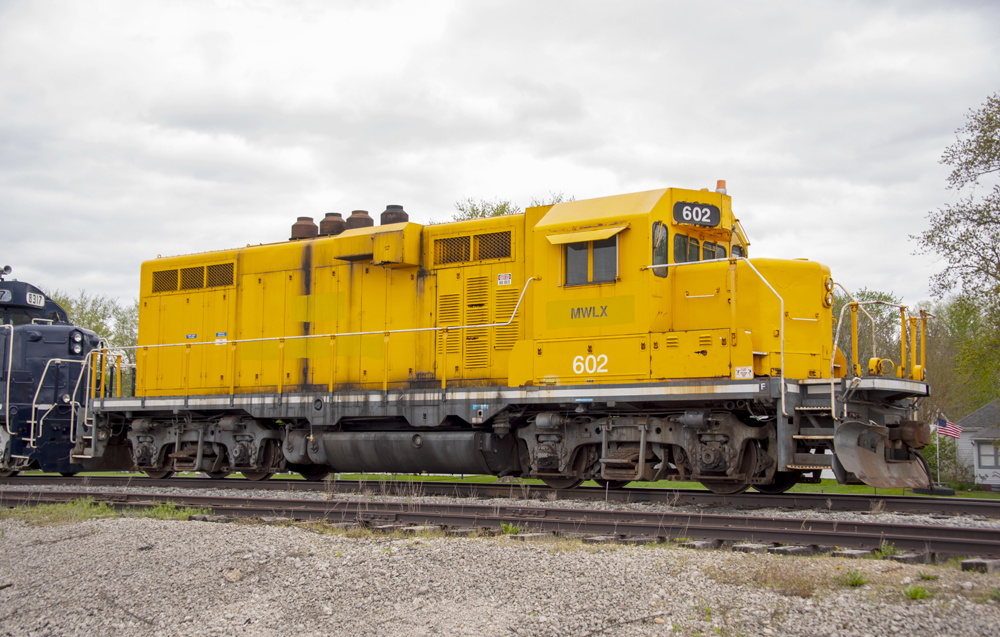 WAPELLA, Ill. — Short line Illinois Terminal Belt Railroad has added to its fleet of former Illinois Central Gulf Paducah rebuilds with the addition of Midwest Locomotive Leasing (MWLX) No. 602, a former GATX Rail Locomotive Group diesel built as Illinois Central Railroad No. 9130 in January 1956. The 65-year-old locomotive was rebuilt as ICG GP11 No. 8709 in the Paducah Rebuild Program in 1979.

Motive Rail Inc., operator of the Illinois Terminal Belt, leases a 10.7-mile section of the Illinois Central Railroad Charter Line known as the Heyworth branch. The company serves two grain elevators, both Tate & Lyle Grain Inc. operations,  at Wapella and the end of the line in Heyworth, Ill. The line interchanges with the Canadian National at Clinton, a former Illinois Central Railroad division point.

‘’Eventually we will leave the 8334 at Heyworth, as it has a hot start system on it,” said Les Respondek, vice president of business development. “  This unit will be a part of the consist for a while.”