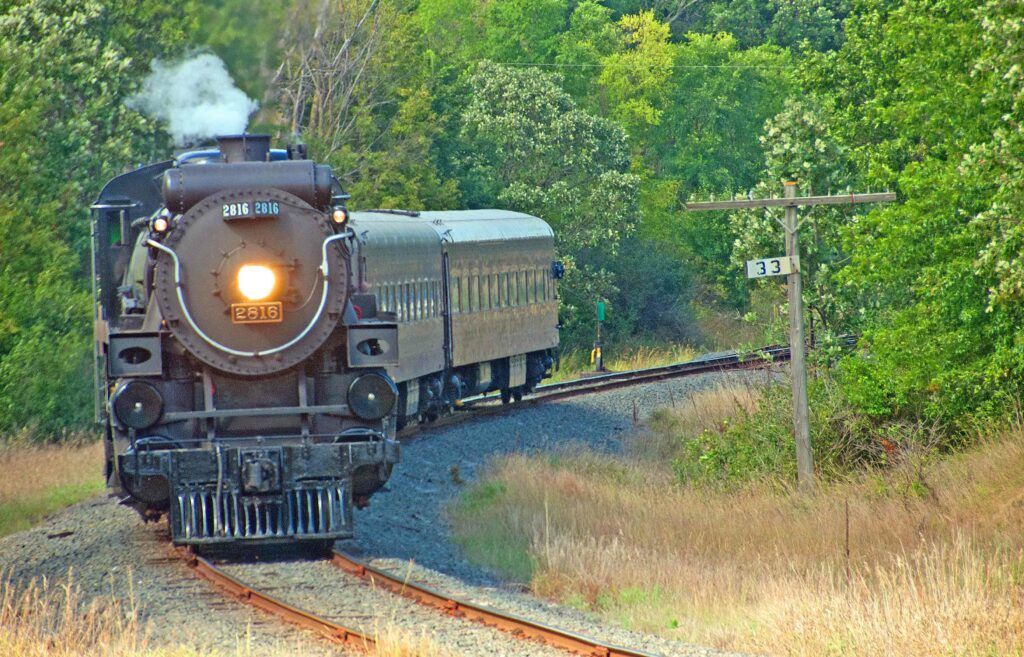 CALGARY, Alberta — Canadian Pacific has released a video of 4-6-4 No. 2816 being moved into its Calgary shop for overhaul. According to CP, No. 2816 is “being prepped for a special cross-continental trip from Calgary to Mexico City to celebrate completion of the proposed CP-KCS merger, pending regulatory approval, and the connecting of a continent through the creation of CPKC.”

In the video, CP 1001, now in testing to become the world’s first hydrogen-powered line haul freight locomotive, pulls the 1930-built 4-6-4 into the shop.

Canadian Pacific 2816, also known as the Empress was built by Montreal Locomotive Works in December 1930. After being used for heavy passenger service, the locomotive was retired in 1960. In 1964 it was acquired by Nelson Blount’s Steamtown USA then located in Vermont. CP reacquired the locomotive in 1998 and after an extensive restoration, it was returned to service in 2001. The 4-6-4 traveled the CP system until its steam program was suspended in 2012. The locomotive was then stored in Calgary until 2020 when it was briefly fired up for a video shoot during the holiday season.

In 2021 CP President and Chief Executive Officer Keith Creel stated that if the Surface Transportation Board approves CP’s merger with Kansas City Southern, the railway would celebrate by bringing No. 2816 back under steam to lead a tour from Canada through the United States and into Mexico.