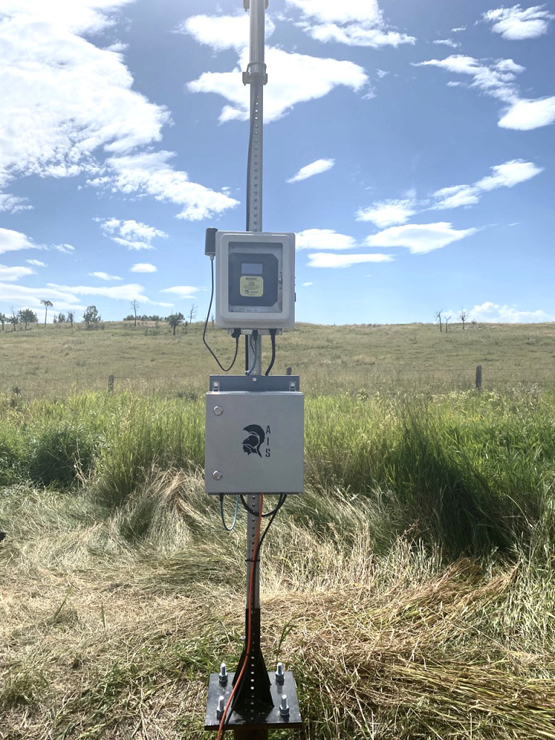 CALGARY, Alberta — Canadian Pacific is deploying a new homegrown system that can detect broken rails in dark territory at a fraction of the cost of installing centralized traffic control.

The system, which is being installed initially on the North Line in Alberta and Saskatchewan, will make the railway safer and more efficient, CEO Keith Creel said on CP’s earnings call last week.

“If a rail were to break … we’re going to know before the train finds it in this dark territory,” Creel says.

CP suffered a pair of high-profile derailments of crude oil trains in Guernsey, Sask., in December and February due to broken rails on its unsignaled North Line, where much of its crude oil traffic originates. The second wreck prompted Canadian safety regulators to impose nationwide speed restrictions on trains hauling 20 or more loads of hazardous materials such as crude oil. [See “Canadian government orders speed restrictions …,” Trains News Wire, Feb. 6, 2020].

Last year Creel asked CP Chief Engineer Kyle Mulligan and his team to come up with a solution. “We went to the team, and we had a challenge,” Creel says. “We have to get broken rail protection.”

CP’s system relies on technology found in other industries, including solar cells, lithium ion batteries, and miniaturized signal processing circuits. The wayside system sends a low-voltage signal through the rails.

“We’ve come up with a technique where we can inject those signals in the rail and have these systems operating off the grid and provide that type of protection,” Mulligan said on a Railway Association of Canada webcast this summer.

CP aims to install 415 of the lineside units this year on a 415-mile stretch of its North Line between Wetaskiwin, Alberta, and Lanigan, Sask., covering three subdivisions and part of a fourth. In all, CP expects to have the system cover a total of nine subdivisions by the end of 2021.

“Ultimately that’s not only going to be able to tell us if rails are broken, but it’s going to tell us if trains are present as well,” Mulligan says. The territory remains dark, however, and the system is a non-vital overlay detector for track occupancy, Mulligan says.

CP says the system, at roughly $1.5 million per subdivision, is just 10% the cost of installing CTC. “Do the math: It’s compelling,” Creel says.

“Think about the additional efficiencies with asset turns with train speeds,” Creel says. “Today, those trains without broken rail protection on those subdivisions, we run at 25 miles an hour. As this technology and this innovation gets deployed, we’re able to run 45 miles an hour. You’ve got a safer, more efficient, more reliable network as a result of this.”

The railway’s train inspection portal, which recently received an exemption from Transport Canada, detects 87% more defects than visual inspections in yards, while saving up to two hours of dwell for every potash train bound for the Port of Vancouver.

CP’s cold wheel detection system uses hotbox detectors to identify cars which have brake problems. The system flags cold wheels on descending grades, with the low temperatures indicating that brakes that are not applied properly. The system finds 32% more defects than manual inspection. Transport Canada has approved an exemption from a Class I brake test for CP’s potash, coal, and sulphur unit trains.