Modified plans will save weekend service on some commuter rail lines 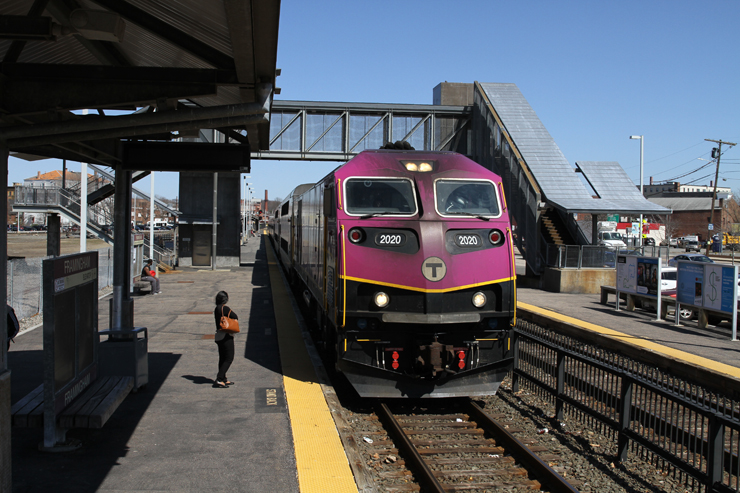 BOSTON — By a 3-2 margin, the board overseeing the Massachusetts Bay Transportation Authority today approved a wide-ranging series of service reductions reflecting the financial losses brought by the COVID-19 pandemic. The changes, while significant, include some modifications from those originally proposed a month ago [see “Planned MBTA cuts would end commuter rail service after 9 p.m., on weekends,” Trains News Wire, Nov. 10, 2020].

Weekend commuter rail service will end on six MBTA lines, with partial service continuing on five lines (Worchester, Providence, Newburyport/Rockport, Middleboro, and Fairmount). Those five lines account for 67% of weekend ridership and are used by a high number of essential workers.

The Financial Management and Control Board also amended the plan to end weekday service after 9 p.m. to call for adjusted schedules that might still include late night service in some cases, or see bus service substitute for trains. Currently, the system averages less than 1,000 late-night riders across all lines, and state transportation secretary Stephanie Pollack told the meeting, “I just don’t want to run an extraordinarily expensive late-night service on the assumption that late night commuter rail is for essential riders, not for people who choose to stay in the city late.”

Cuts will also include closures of five stations, one less than originally planned; the Cedar Park station on the Haverhill line will remain open.

Rail rapid transit will see a 20% reduction in train frequency on the Green, Orange, and Red lines, and a 5% reduction on the Blue Line. Bus service will see 20 routes eliminated — down from 25 in the original plan — with 16 others consolidated and four shortened. And ferry service, which was to be eliminated completely, will continue on one route. WBUR Radio has more details here.

The commuter rail cuts will be effective when winter schedules go into effect in January; other cuts will come in March and April. The board will review ridership in March to determine if further changes are warranted.

— Dan Zukowski contributed to this report.