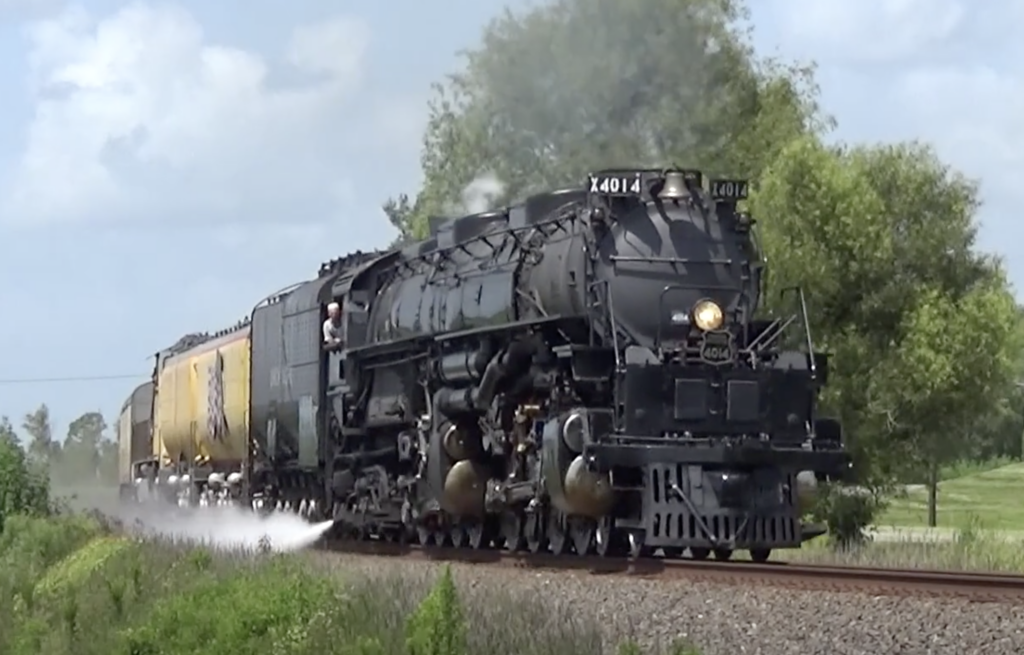 DENVER—In what will most likely be its sole trip of 2022, Union Pacific No. 4014 — Big Boy — is attracting large crowds during a three-day excursion between Cheyenne, Wyo., and Denver. The proceeds from Sunday’s ticketed excursion will support the Union Pacific Railroad Museum in Council Bluffs, Iowa.

A highlight of the southbound-Greeley visit was Ed Dickens Jr., Union Pacific steam manager, climbing the front of the locomotive to chalk the “Big Boy V” lettering on the smokebox door. Originally, an Alco factory worker chalked this lettering on No. 4000, the first Big Boy. The “V,” formed from the tail of the “Y” stood for victory in World War II. The Big Boys played a significant role in moving war-time freight.

The locomotive was on public display today at Denver Union Station. At times the line of people waiting to see the locomotive extended nearly the length of the train. The crowd was comprised of all ages. Some encountering a steam locomotive for the first time. Others could be heard reminiscing about their experiences when steam locomotives powered trains on a regular basis.

No. 4014 had been scheduled to visit the Pacific Northwest via California this summer. That trip was cancelled in April with the railroad citing the need to concentrate on service performance [see “Union Pacific postpones Big Boy tour to Northwest,” News Wire, April 22, 2022].