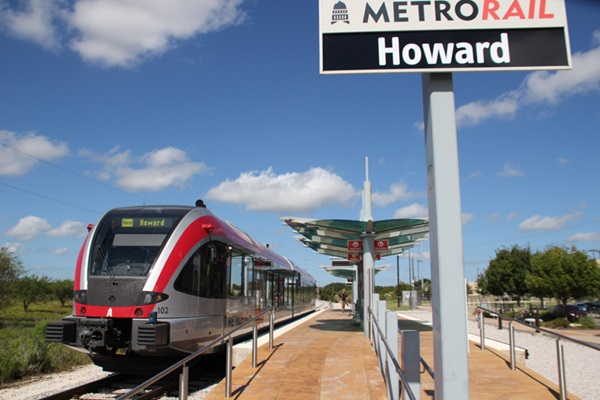 Austin approves ‘Project Connect’ transit plan
The Austin, Texas, city council and board of transit agency Capital Metro on Wednesday approved the Project Connect transit plan, a major expansion of the city’s public transportation that will include three new light rail lines — with a subway section in downtown — a second commuter rail line, and additional stations and frequency on the existing commuter rail route. The plan also includes bus rapid transit and 24 new park-and-ride locations. KTBC-TV reports work to fund the project — which could cost $5 billion to $10 billion — will now begin, with the possibility of a referendum going to voters in November. Capital Metro managers say funding could increase property tax bills by an average of $200 per year. Details on the plan are available at the Project Connect website.

Amtrak adds coach to ‘Missouri River Runner’
Amtrak is adding a coach to its Missouri River Runner trains between St. Louis and Kansas City, Mo., as of today, to expand seating and continue to allow for social distancing, according to a post on the River Runner Twitter account. The move will expand the train to three coaches. The train continues to run on a reduced schedule, with just one round trip daily instead of the usual two.