Only 'Auto Train' will continue daily service; Rail Passengers Association criticizes move, saying 'Amtrak is setting itself up for failure' 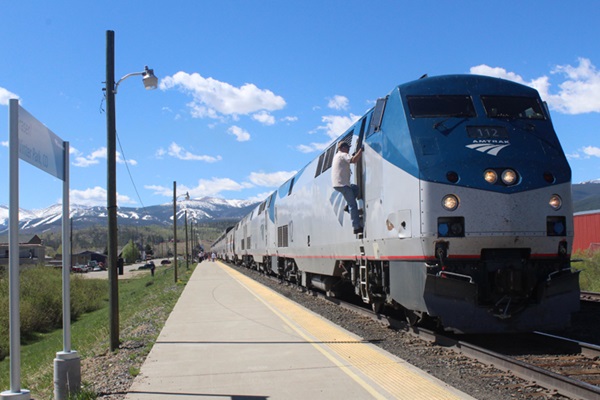 WASHINGTON — Amtrak plans to reduce most long-distance trains to three-day-a-week service as of Oct. 1, according to an internal message obtained by Trains News Wire.

In an internal “Service Update,” Amtrak Executive Vice President, Chief Marketing and Revenue Service Officer Roger Harris told employees today that the goal would be “to restore daily service on these routes as demand warrants, potentially by the summer of 2021.”

Amtrak’s two existing triweekly trains, the New York-Washington-Chicago Cardinal and the Los Angeles-New Orleans Sunset Limited, will continue on current schedules. The New York-Miami Silver Meteor is being cut to four times per week; it will alternate departure days with the Palmetto, which operates to Savannah, Ga., on the same route, and with the New York-Miami Silver Star, which serves some of the same cities as the Meteor but runs via Raleigh, N.C., and Columbia, S.C.

Auto Train, which carries passengers and their cars between Lorton, Va., and Sanford, Fla., is the lone long-distance train which will continue to operate daily.

Harris justifies the impending cutbacks to employees by claiming the reductions “will save as much as $150 million [in fiscal 2021] vs. the losses that would have been incurred with daily service.” He also asserts “low ridership on long-distance trains has significantly increased our operating losses, which exceeded $500 million annually on these services before the pandemic.”

The “operating losses” Harris cites include allocated costs attributed to those services. Amtrak has historically declined to provide line-item dollar amounts which would detail these costs for any train.

— Whether a specific days-of-week operating plan had been devised for each train;

— If some trains will remain daily on certain route segments;

— What criteria Amtrak will use to restore daily service on any given route; and

In response, Amtrak spokeswoman Christina Leeds said in a statement, “We are still in the planning phase, so we can’t answer most of your questions at this time. Due to the long=term impact of COVID-19 on ridership, Amtrak has made the decision to operate with reduced capacity through FY21. We are planning 32% fewer frequencies on the NEC, 24% fewer for our state-supported, service and plan to reduce most long-distance trains to three days per week, beginning Oct. 1, 2020. Our goal is to restore daily service on these routes as demand warrants, potentially by the summer of 2021. We will use specific and measurable metrics to guide our restoration of frequencies and service.”

The plan received swift and harsh criticism. In a statement, Rail Passengers Association president and CEO Jim Mathews predicts, “Chopping back to triweekly will mute any demand signal before it gets to management. The long-distance services … remain essential to the hundreds of small communities across the United States with fewer options than Philadelphia or Boston or New York.”

He adds, “It’s no coincidence that the worst-performing trains in Amtrak’s system are the two less-than-daily long-distance services. Remaking the entire National Network to emulate this failure is no solution to a temporary — if dramatic — decline in ridership. Working with legislators and policymakers to find a way through is the right answer.

“Moreover, Amtrak may be setting itself up for failure by losing operating slots on host railroads, losing employees it will need to restore service, and possibly losing the rolling stock as well.”

Ross Capon, the passenger association’s president emeritus, recalls Amtrak’s attempt to save money with similar cuts in 1995. He tells Trains News Wire, “Experience from the 1990s shows that Amtrak’s plan to run the entire long-distance network less than daily will not achieve promised savings. It also will inhibit the return of ridership Amtrak says is prerequisite for service restoration … [just when it is] likely to recover. Amtrak should get the supplemental funding it has requested but with a requirement to maintain existing daily service on the long-distance network.”

While ridership and revenue remains suppressed because of the pandemic, long-distance ticket revenues climbed 71%, from $6.8 million to $11.6 million, between April and May. Operating with approximately the same frequencies, Northeast Corridor billing rose about 60% from $1.5 million to $2.4 million, and state supported trains generated less than a 50% increase, from $2.3 million in April to $3.5 million in May. So existing long-distance service, mostly operating seven days a week, provided almost double the May revenue of Corridor and state-supported operations.