No injuries result from incident near Wichita Falls, Texas 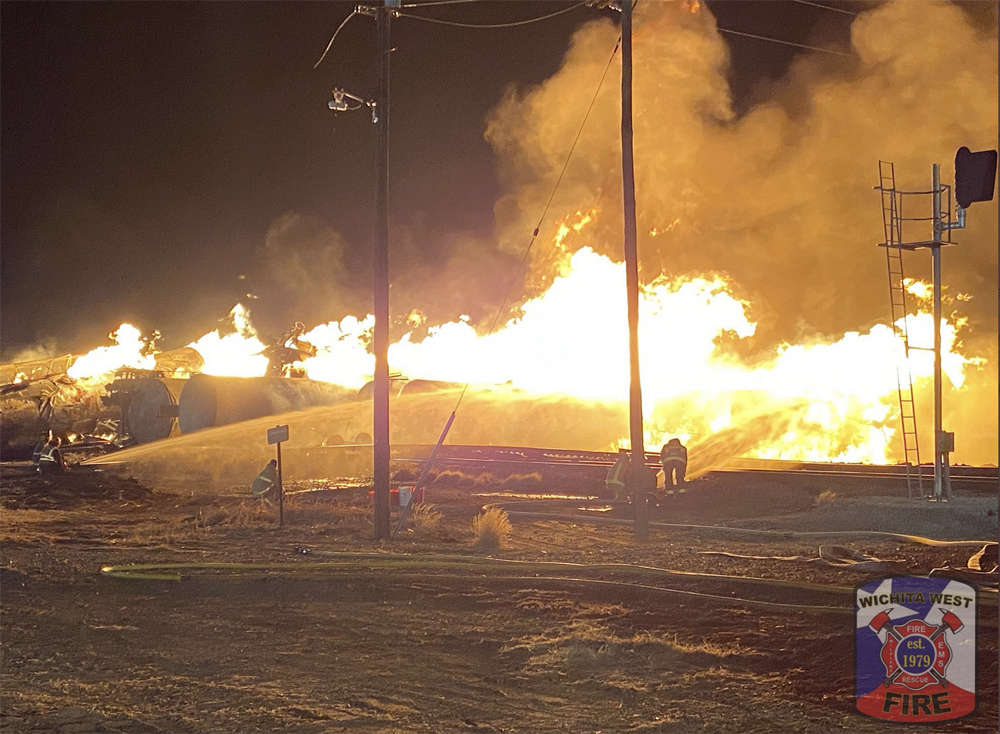 KAUZ-TV reports Wichita Falls and Vernon fire departments, as well as firefighters from Sheppard Air Force Base, responded to the fire involving a train with 98 cars of denatured alcohol. No injuries to the crew were reported. The Texas Department of Public Safety initially closed portions of U.S. Route 287 and an overpass for Farm-to-Market Road 433, with Highway 287 reopened by midafternoon.

The Wichita West Volunteer Fire Department, which also responded, reported Sunday morning that its crews had cleared the scene as BNSF elected to let the remaining cars burn out. One abandoned home was fully involved in flames as a result of the derailment, Wichita West reported.

Oklaunion, an unincorporated community in Wilbarger County, is about 40 miles northwest of Wichita Falls.