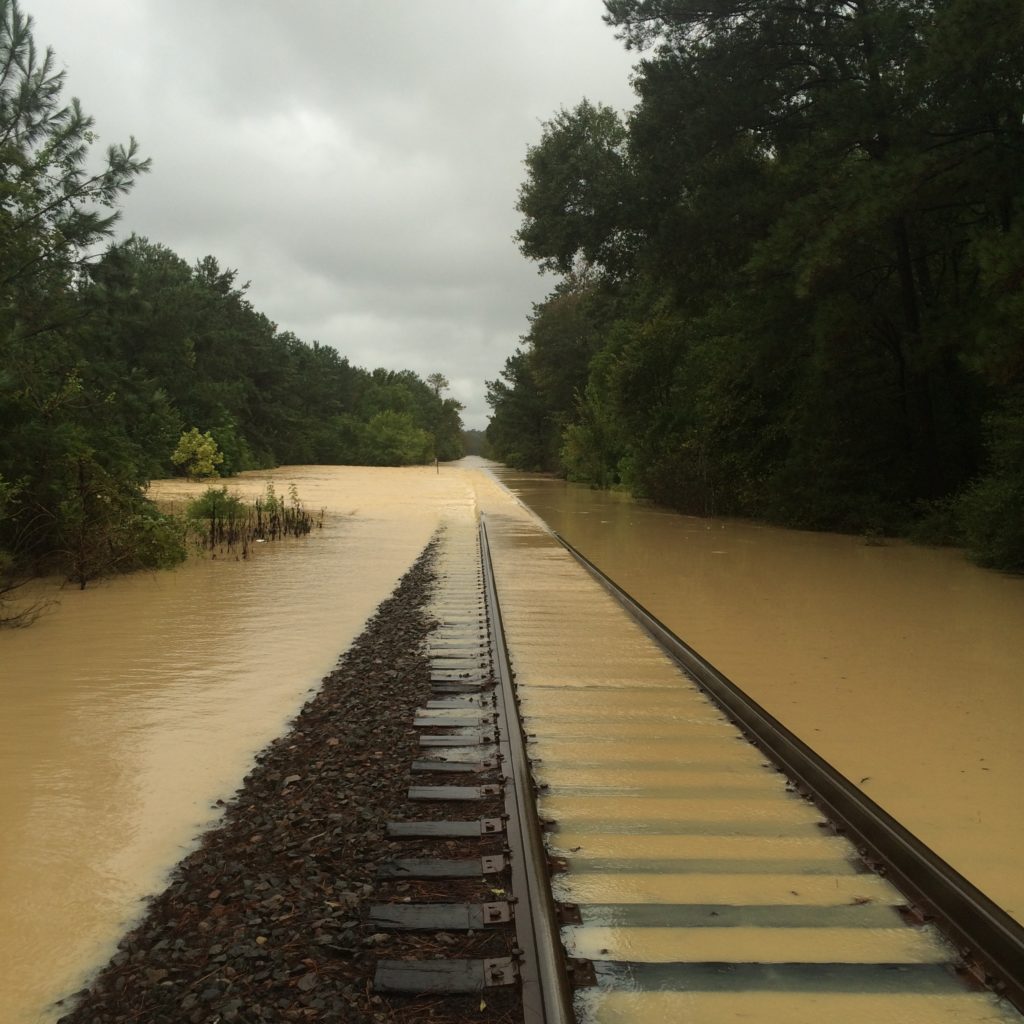 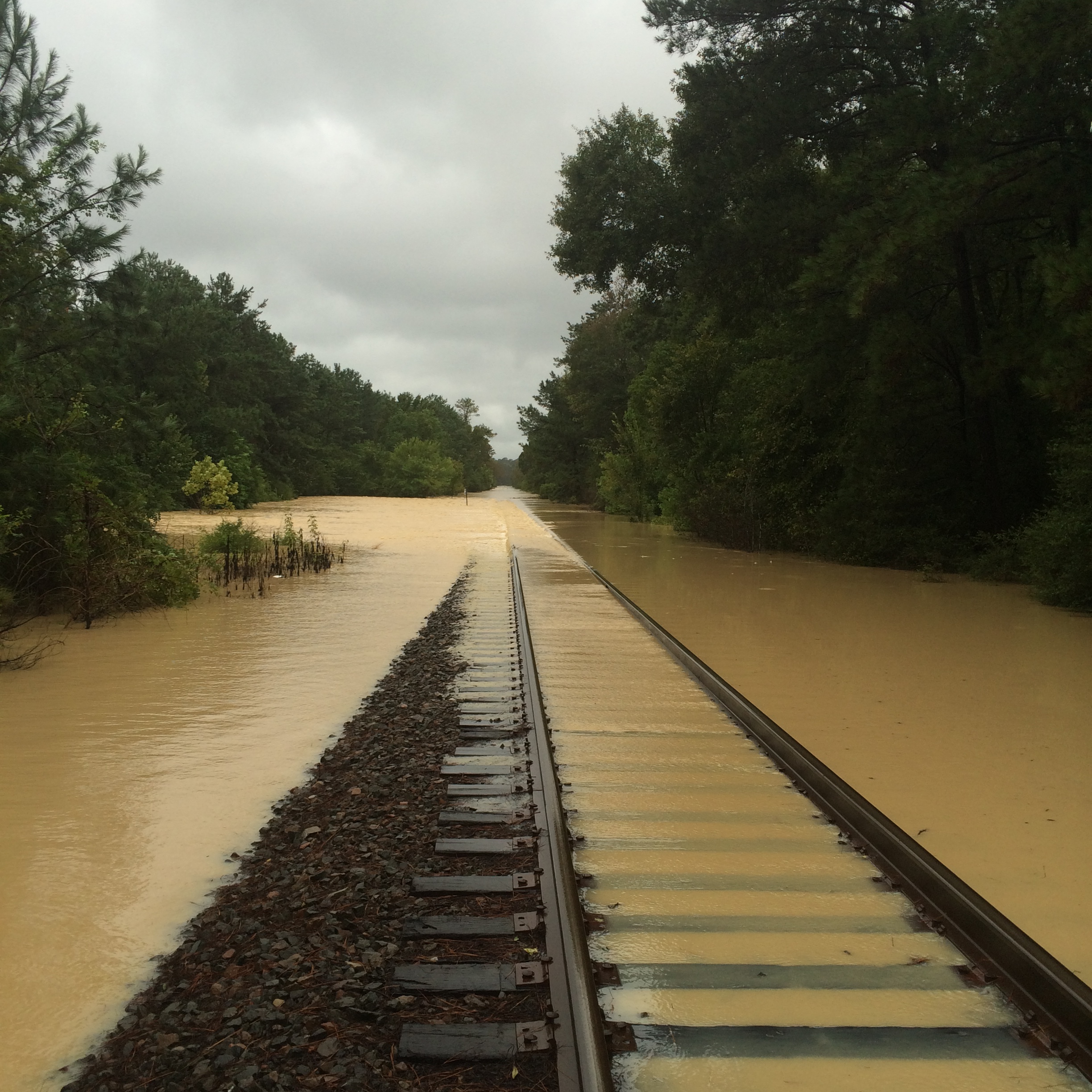 A BNSF Railway photo shows water rising above the rail on the Conroe Subdivision in Cleveland, Texas. Cleveland is approximately one hour north of Houston.
BNSF Railway 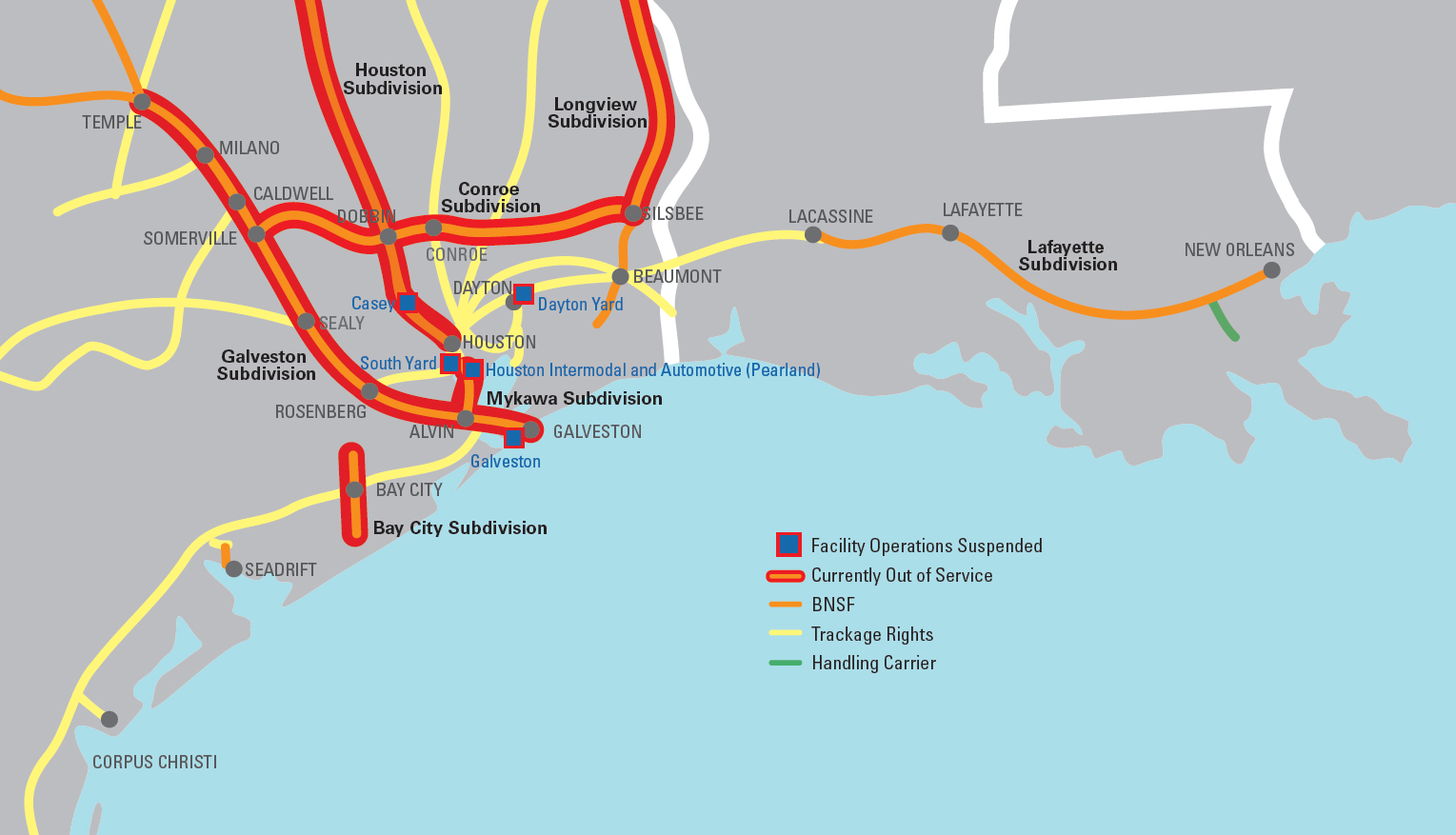 This BNSF-issued map illustrates the current state of its network in the Houston area as of Tuesday evening.
BNSF Railway
HOUSTON — Historic flooding from Hurricane Harvey is causing unprecedented disruptions in rail service along the Texas coast.

BNSF called the storm a “major disruption to rail service” and said that all service all train service in and out of the Houston area and operations at switching facilities has been halted without an estimate as to when service will remain.

Hurricane Harvey has dumped as much as 50 inches of rain on the most severely affected areas. A BNSF representative tells Trains News Wire that the railroad will be unable to begin repairs on many portions of its network until high waters recede.

“At this time, BNSF has multiple subdivisions in the Houston area and Gulf region that are out of service,” says BNSF’s Joseph Faust. “We have a limited number of crews on the ground and are using drones and other aerial technologies to survey the network, but we are dealing with high water that must recede before repairs to our right-of-way and other structures can proceed.”

Union Pacific’s recent news releases echoed the severity of the problem. The company has suspended service between Brownsville, Texas and Lake Charles, La., a distance totalling more than 500 miles. The company said on Aug. 30 that it is beginning cleanup in Englewood and Settegast Yard, but other areas are currently inaccessible and are being inspected by drone and helicopter. The company said it has begun to reroute a limited number of trains through San Antonio and Hearne, Texas.

Kansas City Southern halted service between Laredo and Kendleton, Texas on Aug. 25. The company’s latest statement indicated that its network sustained minimal damage, but it has not resumed running trains through the area and is continuing to monitor Hurricane Harvey as it turns east towards Beaumont, Texas, and western Louisiana.

All three railroads have still declared an embargo on cargo bound for the Houston area.

Houston METRO suspended METRORail and all other public transportation services as the storm made landfall. On Thursday, the agency announced that the Red Line would resume service on a portion of its route between Fannin South station and the Downtown Transit Center.