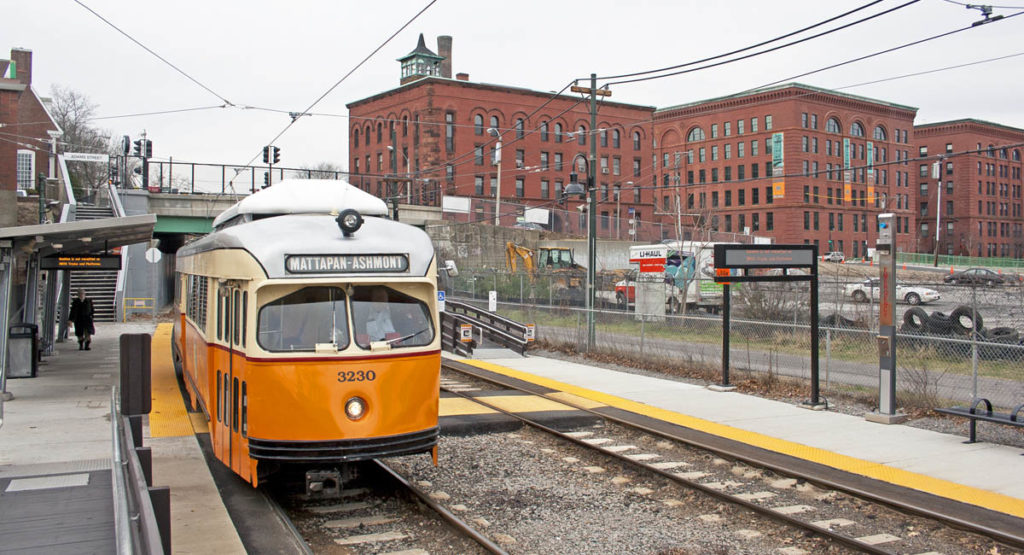 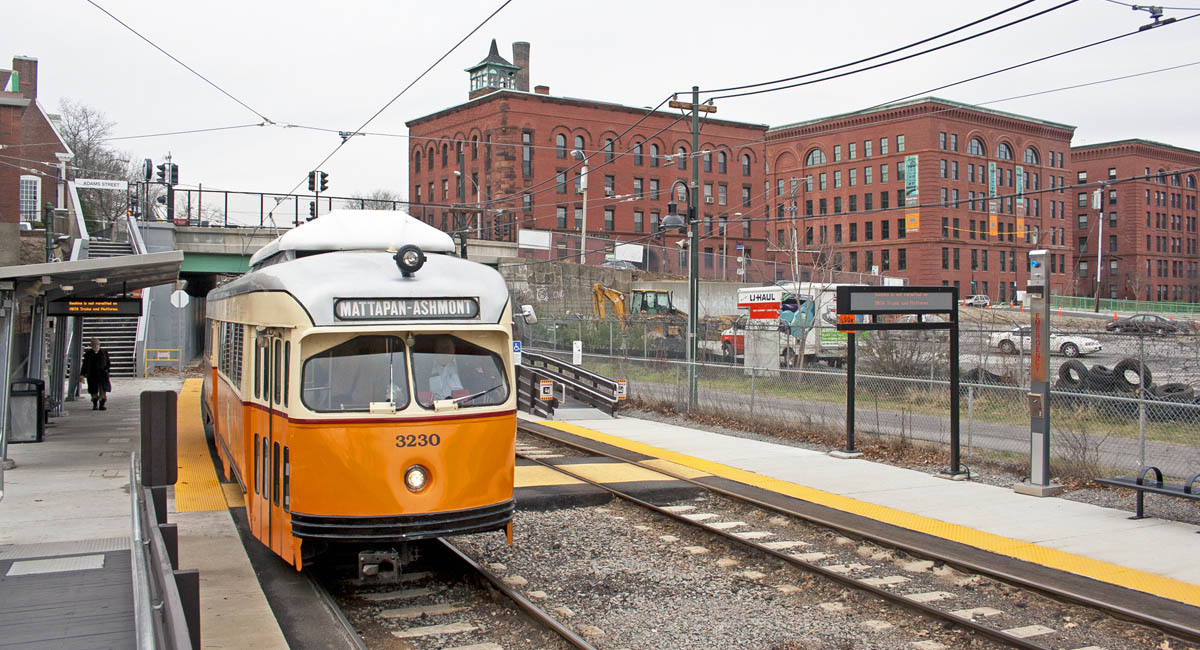 An MBTA PCC stops in Milton, Mass., in December 2008.
Justin Franz
BOSTON – The end of the line appears to be in sight for Boston’s historic streetcars.

Massachusetts Bay Transit Authority officials revealed this week that they want to replace the decades-old Presidents’ Conference Committee streetcars in service on the Mattapan-Ashmont High Speed Line with modern light rail vehicles in the next decade.

Although beloved by locals and enthusiasts alike, the 2.6-mile Mattapan route on the end of the Red Line has become an historic oddity for the MBTA. The line has been plagued with service problems in recent years and MBTA officials have said it is hard to find parts to keep the fleet of 10 PCC cars – all built more than 70 years ago – on the rails. In 2017, the MBTA decided to spend $7.9 million to upgrade eight of the PCC cars in order to keep them in service for at least another decade. The agency also hired an outside firm to work with the community to create a roadmap for the route’s future. This week, that plan was finally presented to MBTA’s Fiscal and Management Control Board, which will have the final say on what happens to the route.

According to the report given to the management board – and shared with Trains Magazine – the prefered option is to replace the PCCs with Type 9 light rail vehicles from the Green Line.

Phase 1 of the Mattapan line “transformation” is already underway: the $7.9 million upgrade to the current fleet, which will be completed by 2020. Phase 2 calls for right-of-way upgrades, including the replacement of two bridges, one in Ashmont and another in Milton. Phase 3 would see the arrival of Type 9 light rail vehicles from the Green Line in the late 2020s. The project would cost about $190 million.

MBTA is expected to gather public input on the proposal later this year before the management board gives their final approval.

The Ashmont-Mattapan High Speed Line serves as an extension of the Red Line subway and runs along part of a former New York, New Haven and Hartford Railroad route. The 10 PCCs that work the line were all rebuilt in the early 2000s and wear an orange and cream scheme much like the original Metropolitan Transit Authority livery they were delivered in. They also carry an updated version of the old MTA logo.

Although a number of cities still use PCCs in regular service – including Philadelphia, San Francisco, and most recently El Paso – The Boston cars are unique in that they are the only ones in the United States to have never been retired from service.