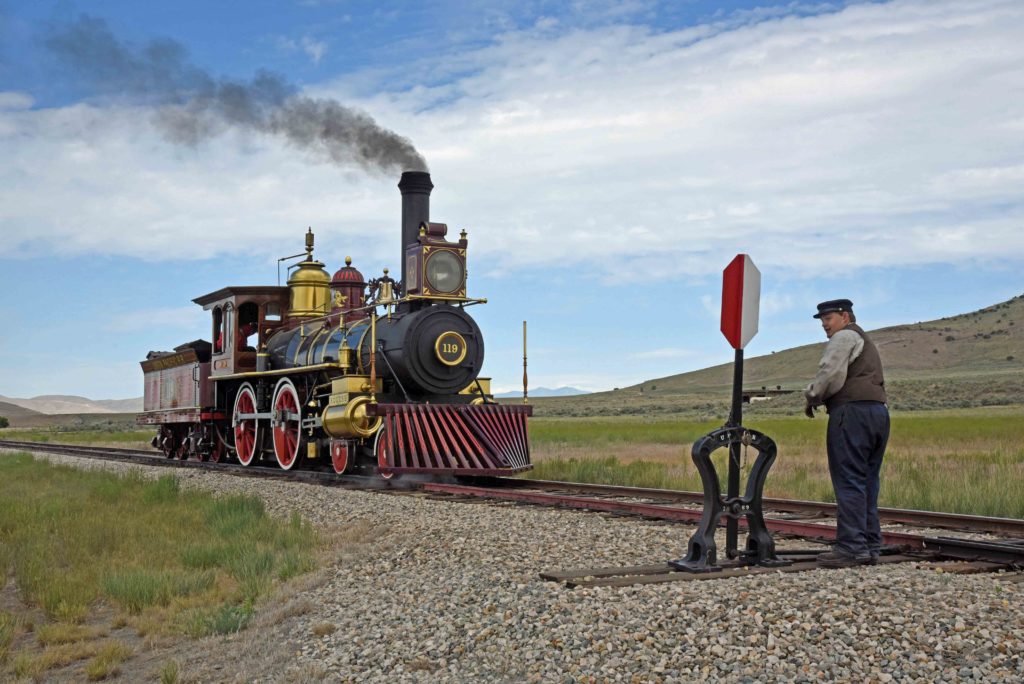 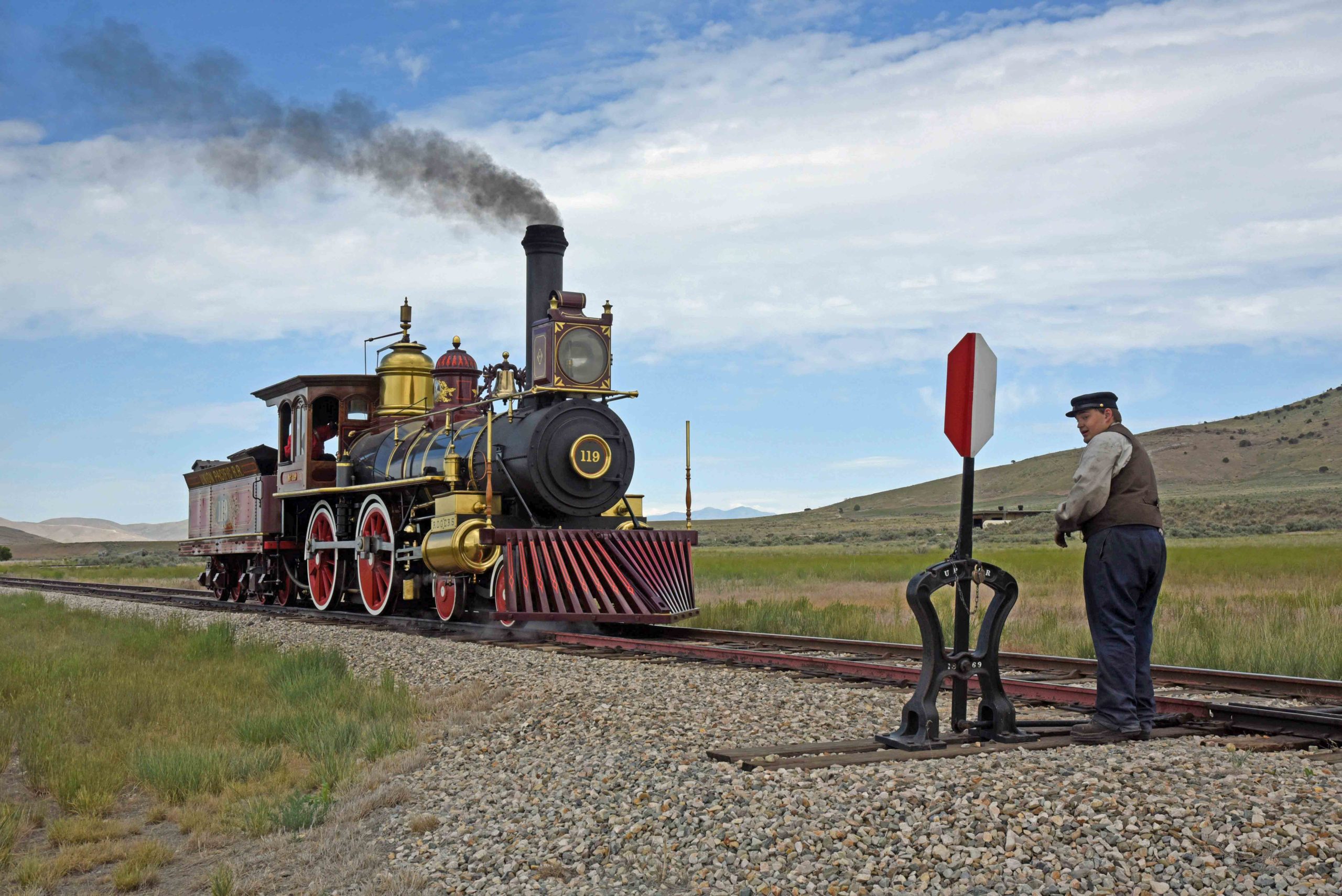 Golden Spike National Historical Park is the new designation for the site at Promontory Summit, Utah.
Trains: Jim Wrinn
WASHINGTON — Federal legislation has changed the status of perhaps the most significant railroad historical site in the United States.

The U.S. House of Representatives overwhelmingly approved a sweeping public lands bill on Tuesday. The bill, according to the Salt Lake Tribune, establishes hundreds of thousands of acres of wilderness, including a large swath of Utah. Also affected is the Golden Spike Historic Site, which under the new bill, will be re-designated as a National Historical Park.

The bill, which enjoyed bipartisan support in Congress, passed by a margin of 363-62, and will now go to President Donald Trump’s desk, where it is expected to be signed into law. The legislation previously passed the Senate by a 92-8 vote. Bishop originally introduced legislation to redesignate Golden Spike Historic Site to national park status in 2018. He filed the bill in the 149th anniversary of the completion of the nation’s first transcontinental railroad.

The status change elevates the visibility of the park and is expected to boost tourism at the site. A 150th Anniversary celebration is planned at the park in May to commemorate the completion of the transcontinental railroad.