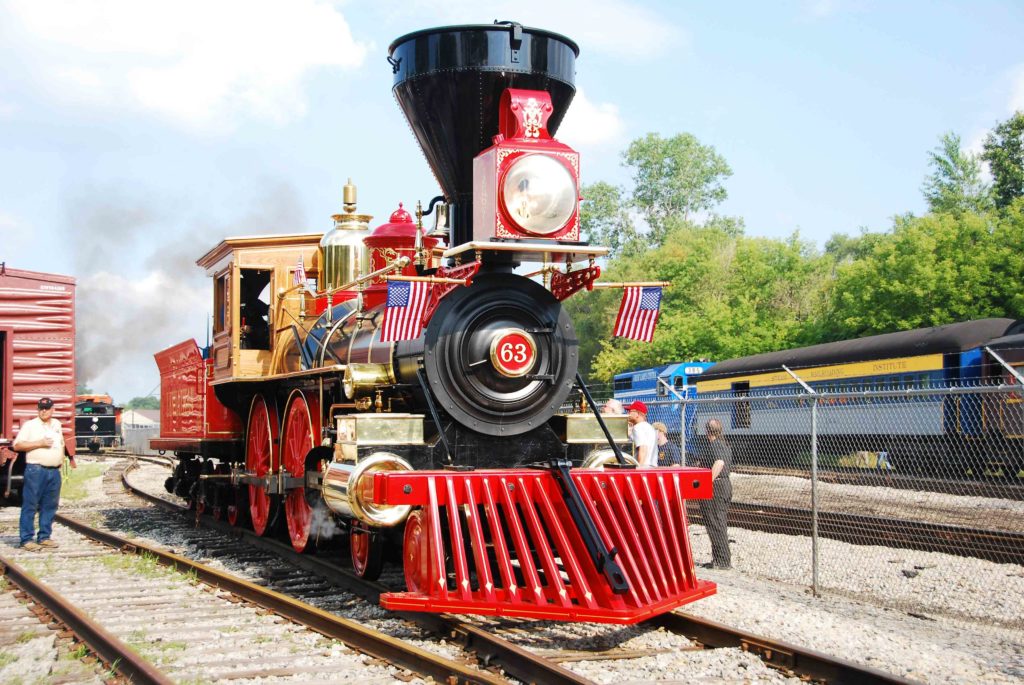 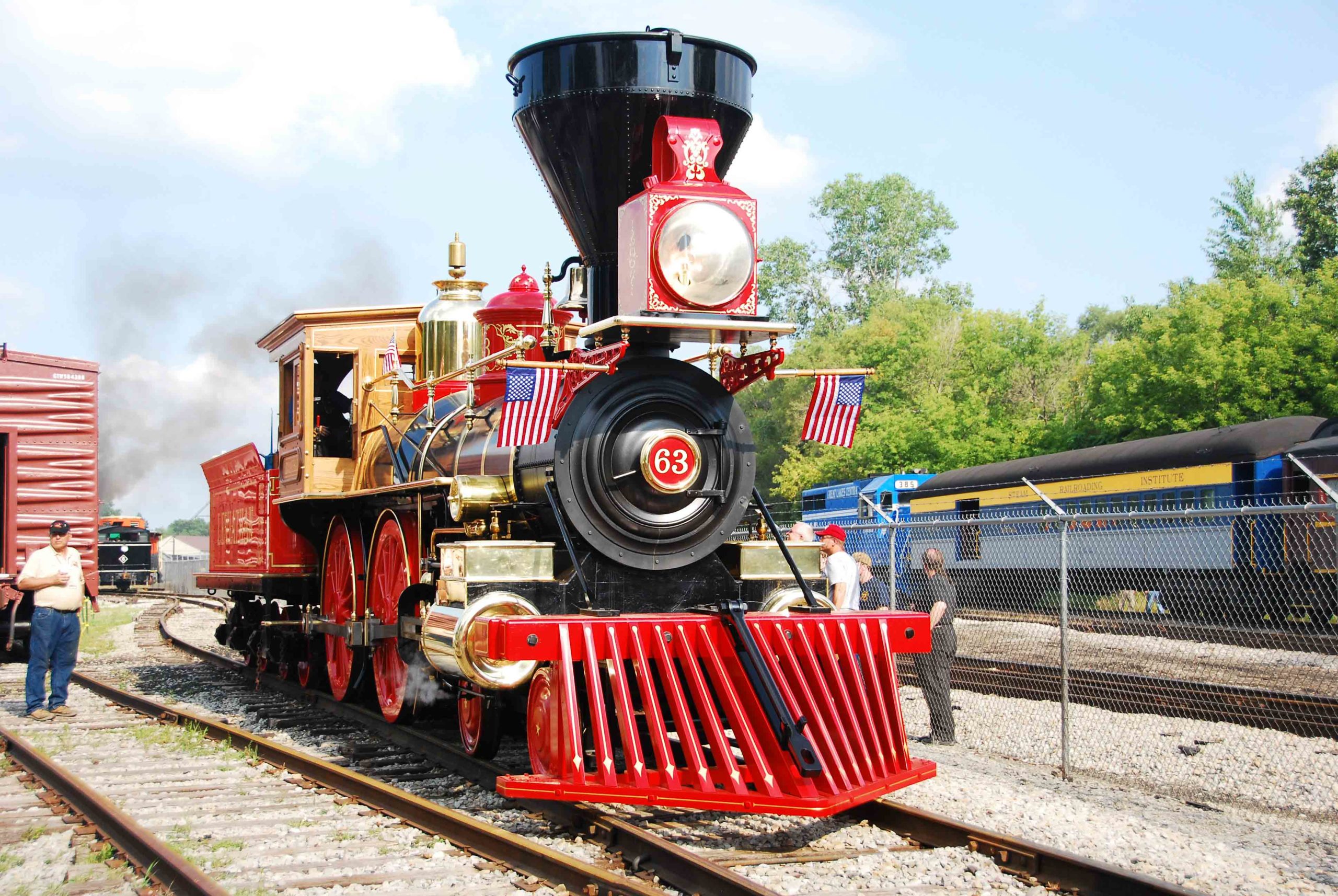 Leviathan will get a new role in Pennsylvania this spring.
Trains: Jim Wrinn

The operating 4-4-0 replica of one of the locomotives in the first transcontinental railroad 150 years ago is being redecorated to represent the PRR engine that pulled the Lincoln Funeral Train from Harrisburg to Philadelphia.

The Leviathan will be on display at the Harrisburg Farm Show, Jan. 5-12.

Earlier this year, Illinois locomotive builder David Kloke sold his 2009 replica to Stone Gable Estates, a wedding and special events venue that is located on a 275-acre farm with a working horse ranch southeast of Harrisburg. The Lincoln Funeral Car replica that Kloke built is part of the operation, and he is also building a replica of the first passenger car to operate in Chicago for Stone Gable Estates.

Plans call for 2.5 miles of new track for the locomotive to run on. The operation called the Harrisburg, Lincoln & Lancaster Railroad, will not be open as a tourist railroad but will operate for special events, weddings, and corporate events.

Kloke built the locomotive over a 10-year period in his construction company shop in the suburban Chicago city of Elgin. He debuted it in 2009 and added the Lincoln Funeral Car replica in 2015 to commemorate the 150th anniversary of Abraham Lincoln’s assassination. The steam locomotive traveled to tourist railroads, museums, and festivals and was stored at Ohio’s Age of Steam Roundhouse in recent years while the funeral car replica went elsewhere for display.

Kloke got the idea for building the 35-ton replica while watching a Lincoln documentary. “I am into history, and you cannot help but be awed by these wonderful locomotives,” he told Trains in 2009.

Leviathan was a sister engine to Jupiter, the Central Pacific 4-4-0 that was nose-to-nose with Union Pacific’s No. 119 at Promontory Summit, Utah, on May 10, 1869, to mark the completion of the first transcontinental railroad. Schenectady Locomotive Works built the original Leviathan in August 1868 as part of an order for three other 4-4-0s: Jupiter, No. 60; Storm, No. 61; and Whirlwind, No. 62.

The 4-4-0 was the standard locomotive of its day and thousands of them were built to every gauge for use across the nation.