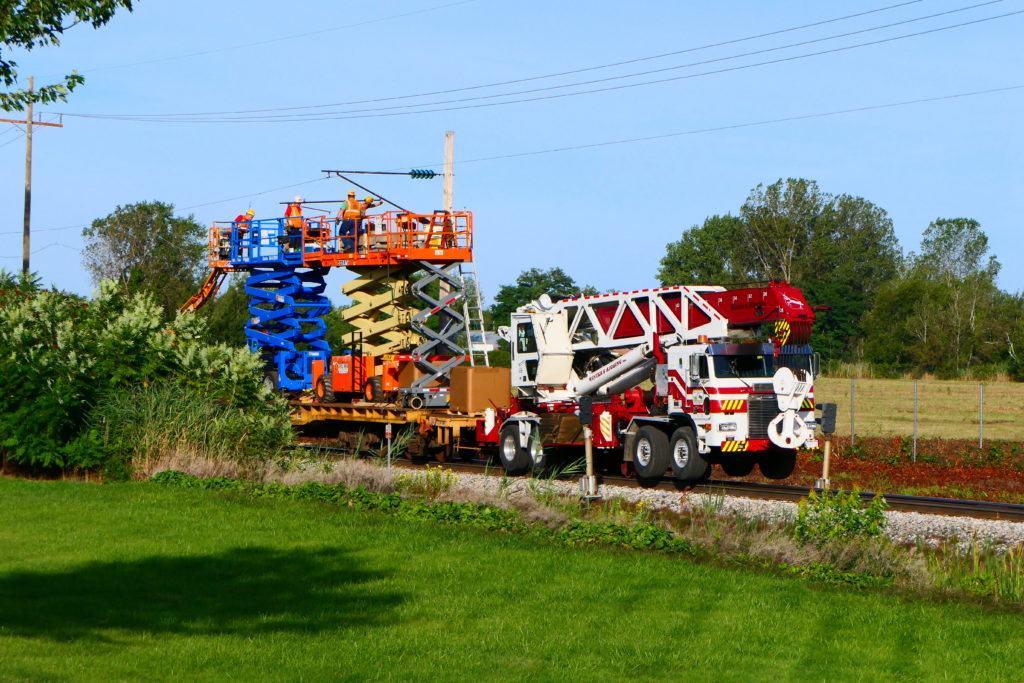 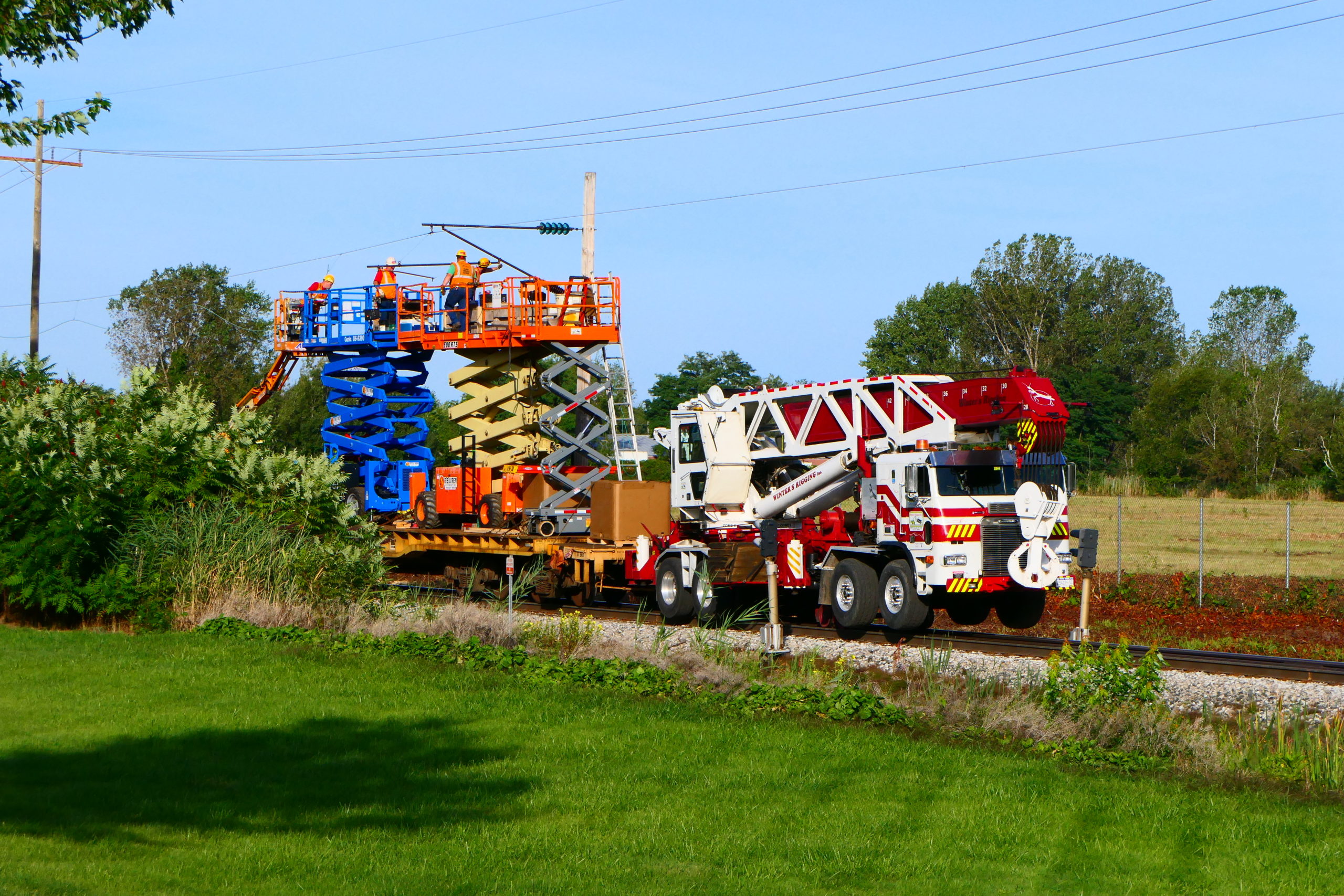 Crews from Winters Rigging and the East Erie Commercial Railroad descended on the former GE Transportation test track in Harborcreek, Pa., to remove the catenary that has been above it for many years. The removal was in response to years of neglect and damage, most recently from copper thieves.

The catenary has been a part of the test track long before it was a test track, wires have been over these tracks since it was part of the Buffalo and Lake Erie Traction Company main line in 1906.

When GE began to develop electric locomotives the catenary on the 4-mile line was crucial to theirs and other locomotive development. This included the Pennsylvania Railroad’s famous GG1 locomotives.

Damage from a downed tree in 2016 severed the wires in one spot on the line but it was cleaned up in that location and left in place until this past weekend. The area where it was severed was hit by copper thieves causing damage that brought a section of the wires down, fouling the tracks. This resulted in a closure of the test track for 3 days. It was also found that some of the wooden poles were rotten through, creating a potential safety hazard to crews operating on the line.

Some of the hardware will be retained for now and sources close to the East Erie Commercial Railroad and Wabtec say they had not closed the door on building electric locomotives at the Erie plant. Work to remove the catenary is expected to be completed by Wednesday.