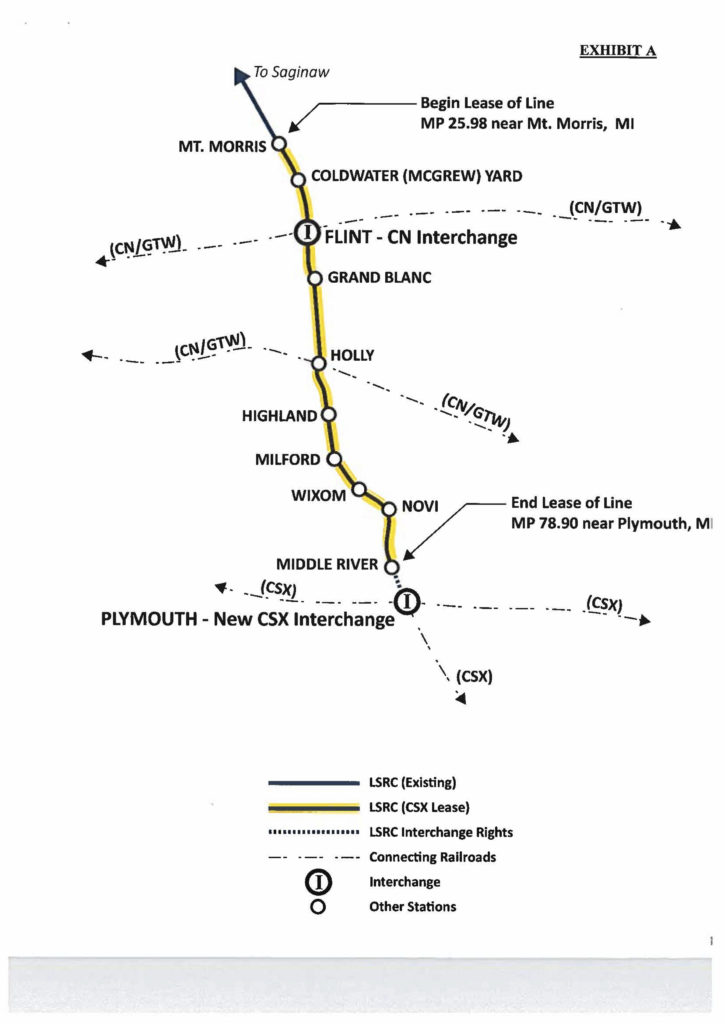 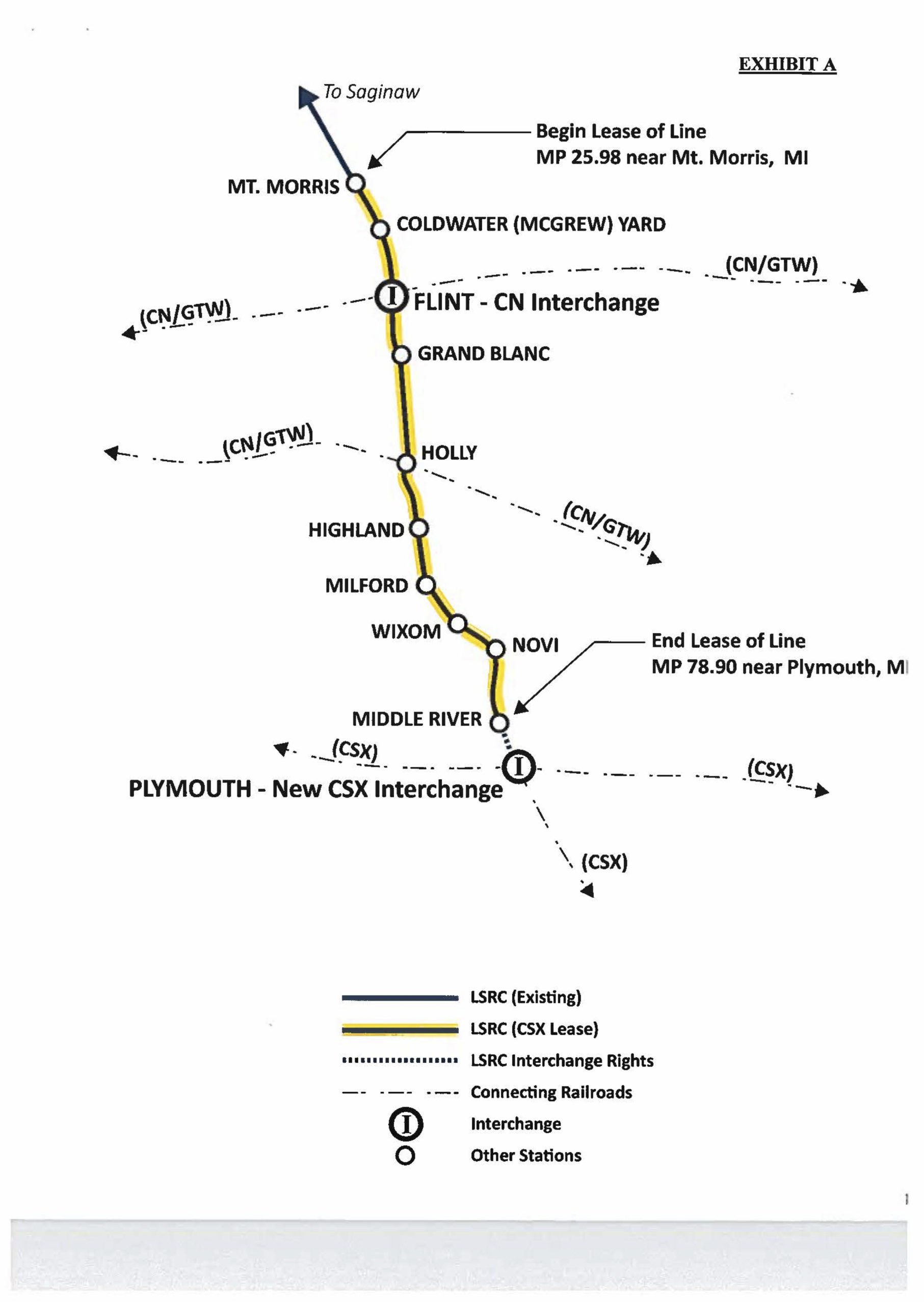 The trackage covered under the deal, announced in a regulatory filing posted on Monday, runs from Mount Morris, Mich., near Flint, to Middle River, Mich., near Plymouth. The railroads envision completing the transaction on March 29.

The route connects with Lake State’s existing 300-mile system at Mount Morris. The proposed transaction, which requires the approval of the Surface Transportation Board, will push the Lake State-CSX interchange south to Plymouth.

CSX will retain overhead trackage rights on a portion of the line in Flint between McGrew Yard and the connection with Canadian National’s Grand Trunk line, where CSX has trackage rights between Flint and Port Huron, Mich.

Lake State will gain interchange with CN at Flint and Holly, Mich.

On Jan. 4 Lake State gave rail labor a 60-day notice about the pending transaction and plans to hire 16 people, including six in train service, six in maintenance-of-way, one track inspector, one mechanic, and two carmen.

Lake State will lease the former Pere Marquette trackage between milepost CC 25.98 at Mount Morris and milepost CC 78.9 at Middle River, a distance of 52.92 miles.

The route was not among those CSX put out to bid last year as it looks to prune its network of low-density lines.

CSX began reviewing 8,000 miles of its network in 2017. The railroad has settled on 4,500 miles of routes it aims to sell or lease, including the 1,325 miles of trackage it has already sold or put out to bid.