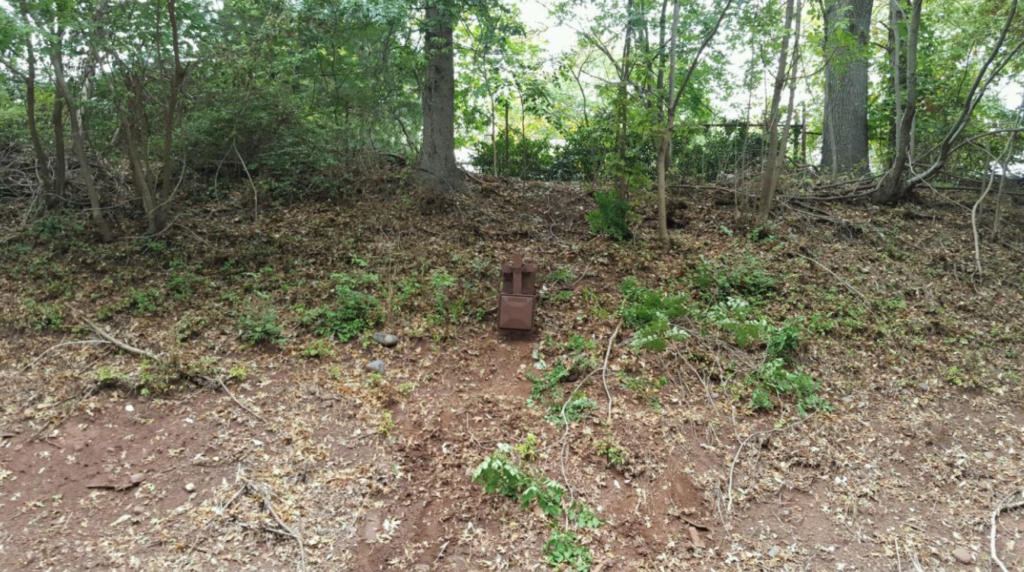 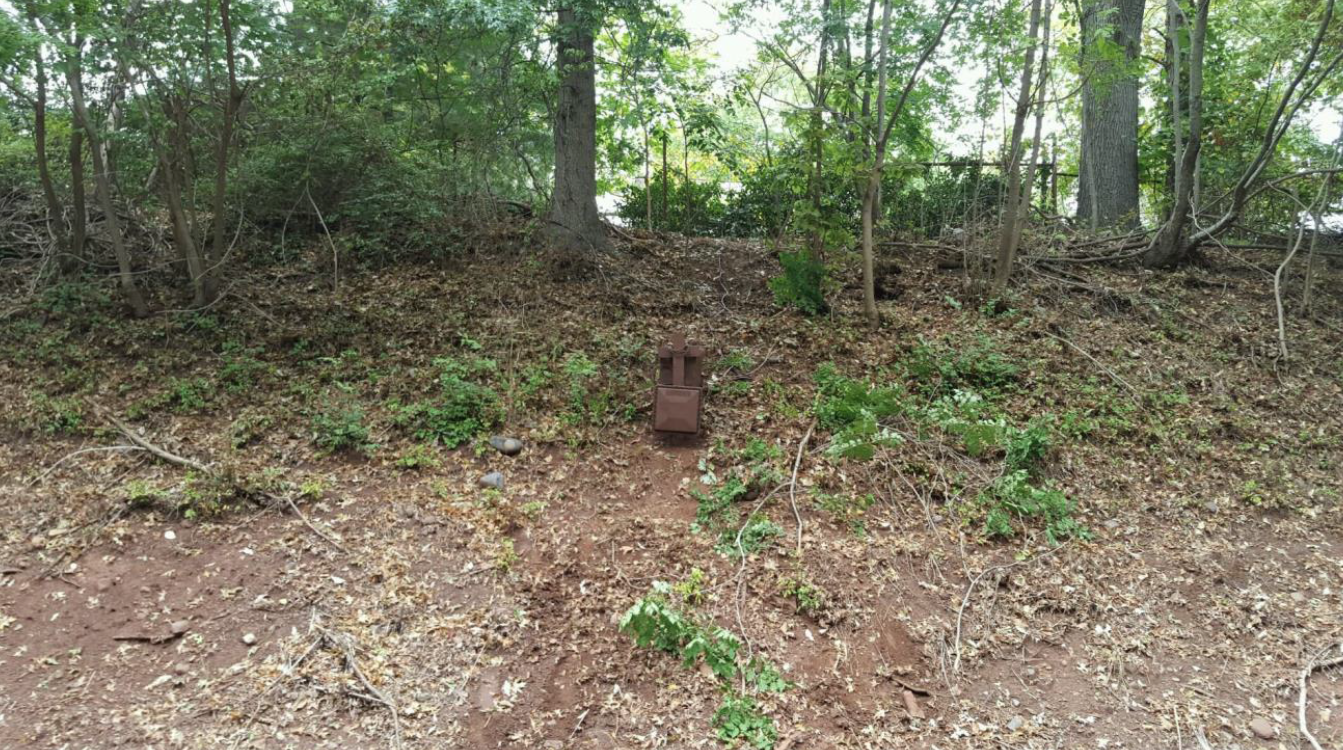 What’s in a picture? In this one a brown-painted automatic equipment identification, or AEI, reader barely pokes out of a slope along a Conrail right-of-way in New Jersey. Railroads are alarmed that the AEI readers might be spread throughout the country, gathering and sharing information on freight moves without their knowledge.
Two images: An Association of American Railroads Railway Alert Network bulletin 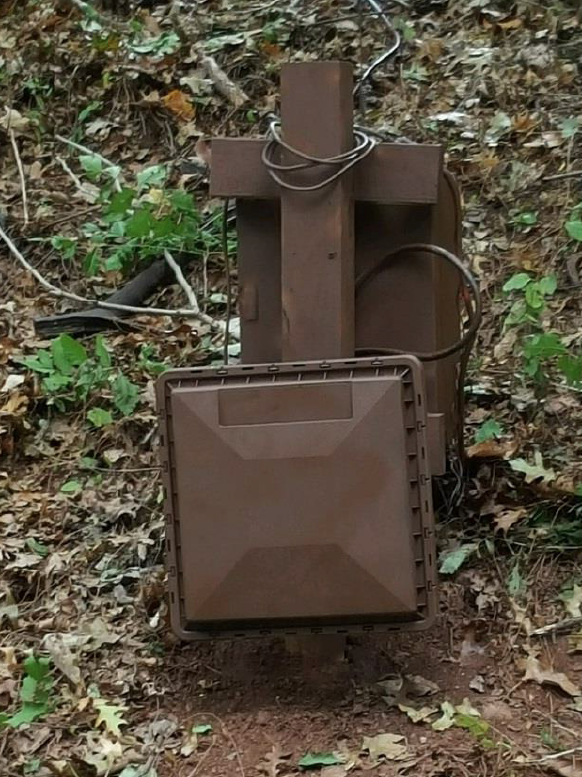 On Sept. 15, the Association of American Railroads’ Railway Alert Network issued a security warning to members to keep an eye out for the unauthorized devices. Trains NewsWire obtained a copy of the security alert earlier this week.

According to the eight-page report, railroad police investigated further and found that a company called ClipperData had installed the reader. ClipperData was formed about two years ago and sells comprehensive data regarding the energy industry, including the movement of crude oil and other commodities. According to the report, Norfolk Southern police say they have a copy of a “lease agreement” between a homeowner near the right-of-way and ClipperData which gave the homeowner $500 to use a nearby electrical outlet to power the equipment reader.

In an interview with Trains News Wire on Wednesday, ClipperData CEO Sterling Lapinski confirmed that his company installed the first AEI reader discovered in New Jersey. He says his company’s work is legal and that ClipperData is currently looking at trying to sell data to and about the railroad industry, which is why it installed the AEI reader. Lapinski says his company sells data and information to government agencies, trading groups, and energy companies.

“We do have devices installed but the network isn’t operational yet,” Lapinski tells Trains News Wire. “We’re not currently selling data, we’re just trying to see if it’s feasible.”

Railroads around the world use similar equipment reader technology that uses radio waves to automatically identify freight cars at speed. Railroads typically gather the information to update their own records before sharing it with other shippers, such as trucking companies, railroads, or steamship lines, and customers.

Sources close to Class I railroad corporate offices say executives are upset and are ready to take a “scorched earth” approach to dealing with ClipperData and other companies that may have installed readers throughout the country. A second security alert dated Sept. 22, says railroaders have uncovered at least one other equipment reader in New Jersey and one in Sheridan, Wyo. The one in Wyoming reportedly interfered with BNSF Railway track equipment.

The Railway Alert Network report raised concerns that the people who installed the equipment readers trespassed on railroad property to do so. It also raises concerns about selling data on the movement of specific types of rail cars, arguing that the information could be used to “disrupt rail operations through intentional, and potentially destructive, acts.” The security alert asks railroads that find similar AEI readers to inform the alert network immediately so that it can consolidate all of the reports.

In a statement to Trains News Wire, AAR spokesperson Ed Greenberg says the organization is keeping a close eye on the developing situation.
“The AAR was aware of this situation and pleased that local law enforcement and railroad police took steps to address the situation as quickly as possibly,” Greenberg says.

Norfolk Southern declined to comment on this topic. Trains is waiting for a response from BNSF.