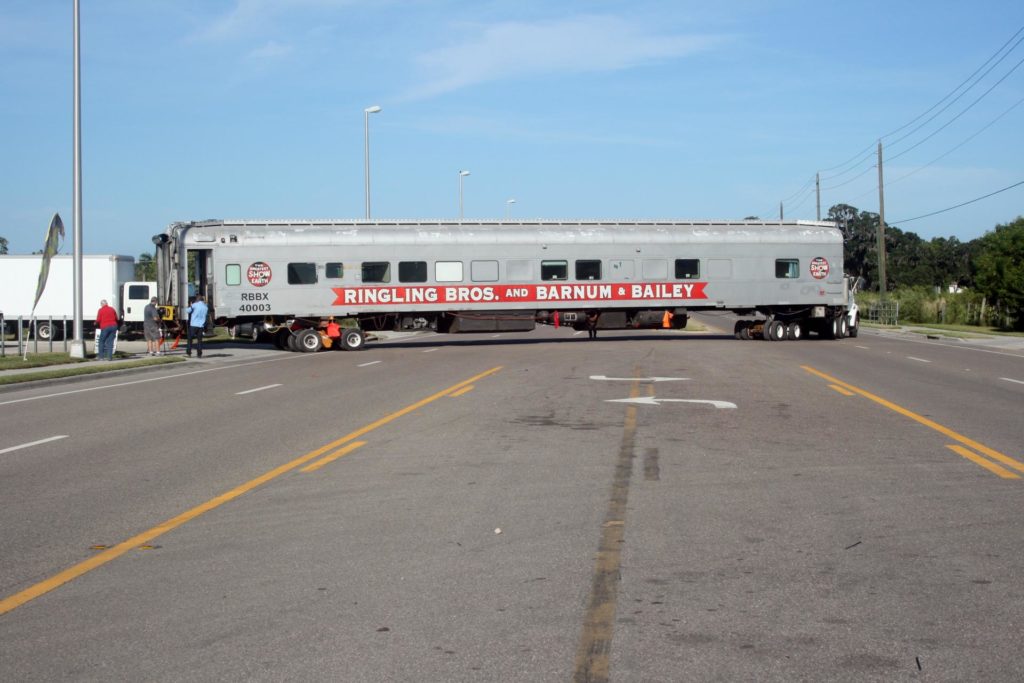 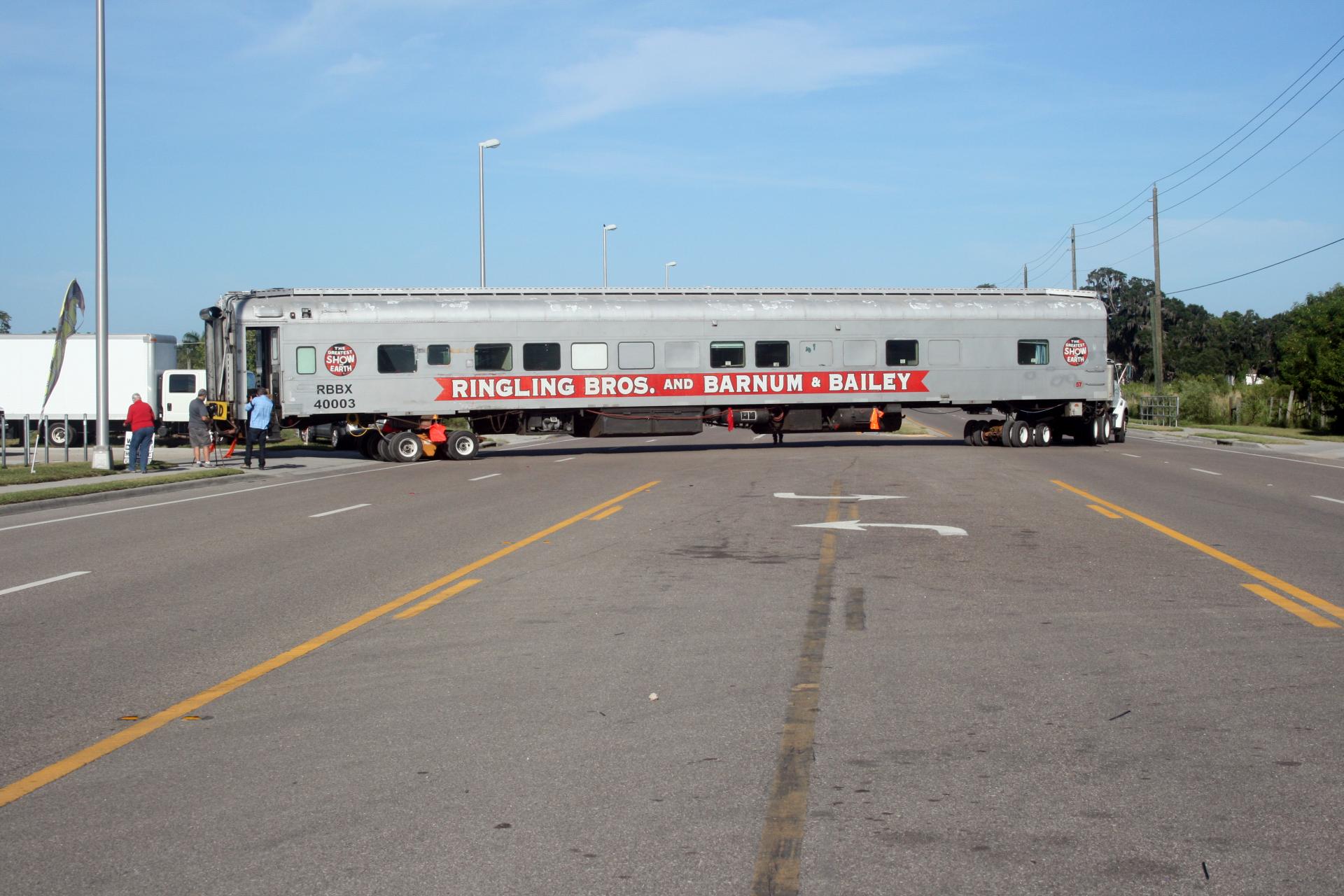 Ringling Bros. and Barnum & Bailey circus car No. 57 is on its way to a new home in Seffner, Fla., to be the community center for a small residential village of retired circus performers.
Joe DeMike
SEFFNER, Fla. — The Showpeople’s Winter Quarters of Seffner Aug. 16 announced the donation of retired circus train car RBX No. 57 by Feld Entertainment, Inc., parent company of Ringling Bros. and Barnum & Bailey. The donated train car will be used as the organization’s new community center.

“The donation of an actual car from the legendary Ringling Bros. and Barnum & Bailey circus train is a wonderful gift from Feld Entertainment, Inc. to former showpeople,” said the Rev. Jerry Hogan, circus priest and chairman of the Circus and Traveling Shows Retirement Project, overseer of the winter quarters. “We will give RBX Car No. 57 a ‘forever home’ at our retirement village.”

RBX No. 57 was built in 1953 by American Car and Foundry Company of St. Charles, Mo., as Union Pacific passenger car 5453. Ringling Bros. and Barnum & Bailey bought the car in 1972 and refurbished it as the trainmaster’s car. Once installed at the winter quarters, RBX No. 57 will be remodeled to house an activity space, kitchen, bathroom, and laundry facilities. The railroad bed has already been laid to receive No. 57, thanks to support by the Florida Railroad Museum in Parrish, Fla. The car is slated to move from its Palmetto, Fla., location to the winter quarters by the end of August.

“The Ringling Bros. Circus train was one-of-a-kind, something people came out to see and celebrated every time it rolled through cities across the U.S. The circus train was home to performers and their families for over 146 years,” said Kenneth Feld, chairman and CEO of Feld Entertainment. “With the closing of the circus, it was important to our family that the donated Ringling Bros. train cars served a special purpose in local communities and functioned as a place to gather and make memories.”