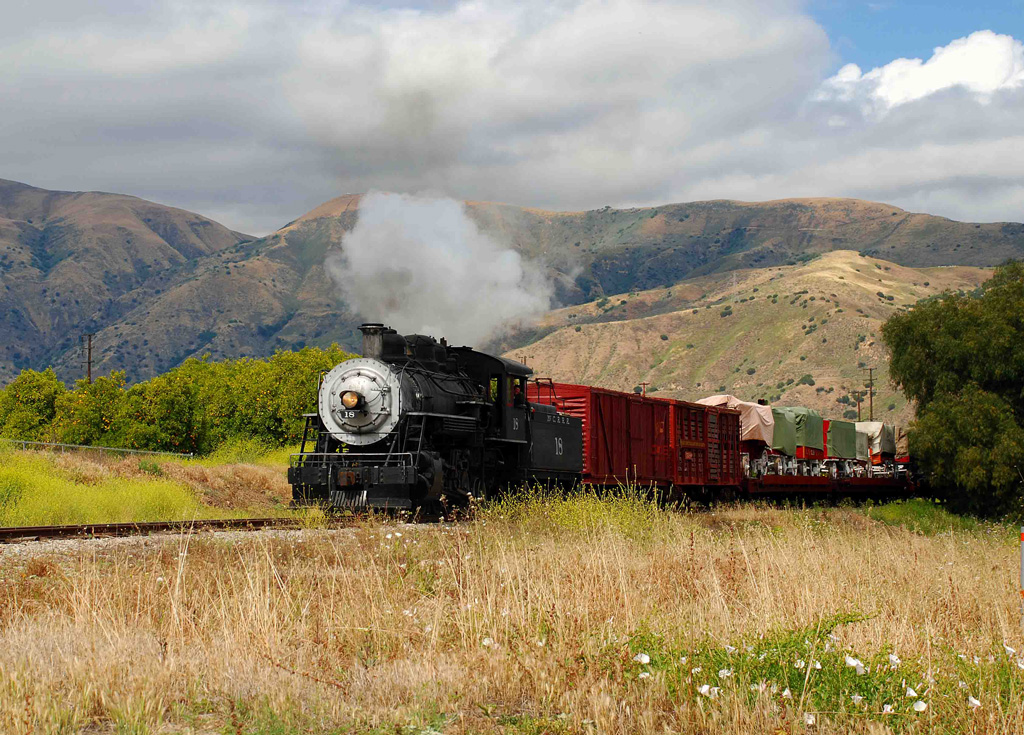 No. 18 arrived May 13 from its home on the Virginia & Truckee in Nevada. The movie it’s starring in tells the story of an orphan who joins a second-rate circus traveling from town to town by rail during the Great Depression. The movie stars Robert Pattinson, Reese Witherspoon, and Christopher Waltz. It’s to be released next year.

The circus wagons are on loan from the Circus World Museum in Baraboo, Wis.