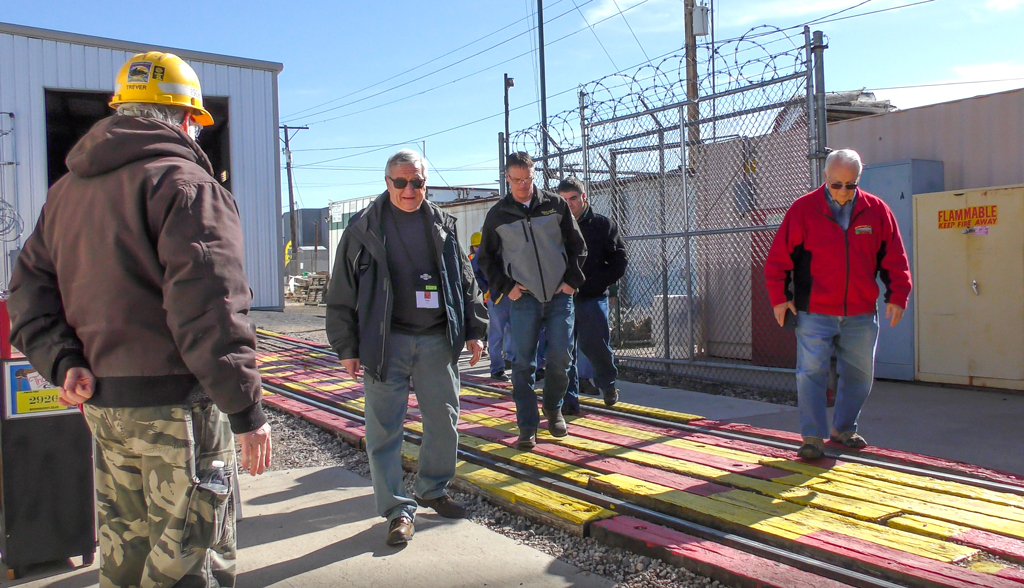 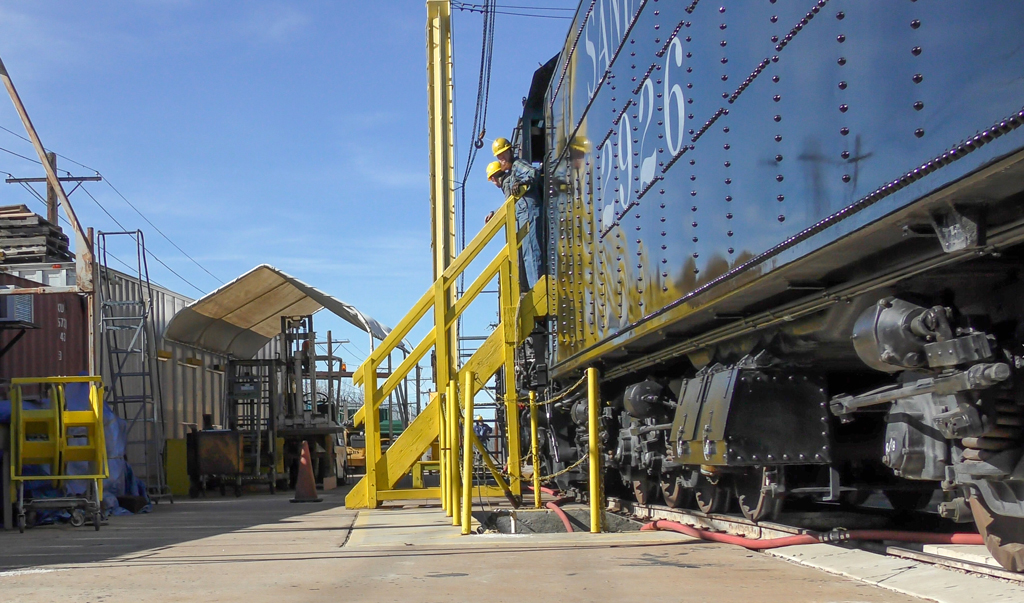 AT&SF No. 2926 restoration crew used compressed air to do a blowdown after a recent steam up.
Thomas Scalf

Although no members arrived in private railcars for this year’s conference, Amtrak was present to discuss its policies of private cars on Amtrak trains. In a meeting described as contentious by one member, Amtrak stood firm on its policies of only setting out cars at stations with at least a 30-minute dwell time. Amtrak also defended its escalating costs to private car owners by maintaining that the handling of private cars should not be an Amtrak expense.

Albuquerque-based New Mexico Steam Locomotive & Railroad Historical Society is in its final stages of restoration of No. 2926. RPCA members were provided boxed lunches and given an update on restoration progress. Historical society members steamed up the locomotive on Jan. 14, for the fourth time since the 1950s, to test the air compressors on steam. The orifice test was successful, holding pressure against a simulated leak. The group also obtained data on the performance of boiler and safety valves.  “We are still perfecting our team work on the steam up, teaching Henry Roberts as apprentice fireman under tutelage of Matt Casford, AT&SF 3751 engineer and 2926 member, now designated as operations officer,” says Michael Hartshorne, historical society president. “Now we’ll load pistons and see if we can move [AT&SF] 2926 under its own power for the first time since 1953!”