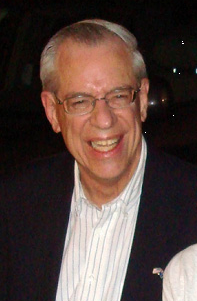 “None of these three accused meet the standard of criminal negligence, which is very tight,” Burkhardt, former chairman of the Canadian short line railroad, tells Trains News Wire. “If we put people in prison for making mistakes … and they made some big mistakes there … jails would be full.”

Burkhardt is head of Chicago-based Rail World Inc., which once managed the MM&A, but still manages or works closely with short lines in Colorado, Ohio, Estonia, and Poland.

For Canadians and the media, Burkhardt was the face of the short line in the aftermath of a July 6, 2013, crude oil train derailment and explosion. The wreck killed 47 people and leveled much of downtown Lac-Mégantic, Quebec. Burkhardt went to the Canadian village personally and attempted to answer questions from investigators and the public, but was widely criticized for the style and content of his responses.

The seasoned rail investor takes issue with Canadian government findings that the railroad lacked a safety culture and laid blame squarely on Thomas Harding, the MM&A engineer who failed to apply an adequate number of handbrakes on the train before leaving it unattended.

“I always thought that safety was one of the priorities as a rail manager,” Burkhardt tells Trains. “Whatever you do, we proved that it wasn’t sufficient. It just means doubling down and learning from mistakes.”

He says the railroad he and his company help manage in Poland now has stricter rules enforcement. And that’s just one lesson that he takes to heart.

“We ultimately can’t measure the damage that was done in a monetary sense,” he says of the Lac-Mégantic wreck. “There’s nothing that goes on here that’s ever going to bring back lives.”