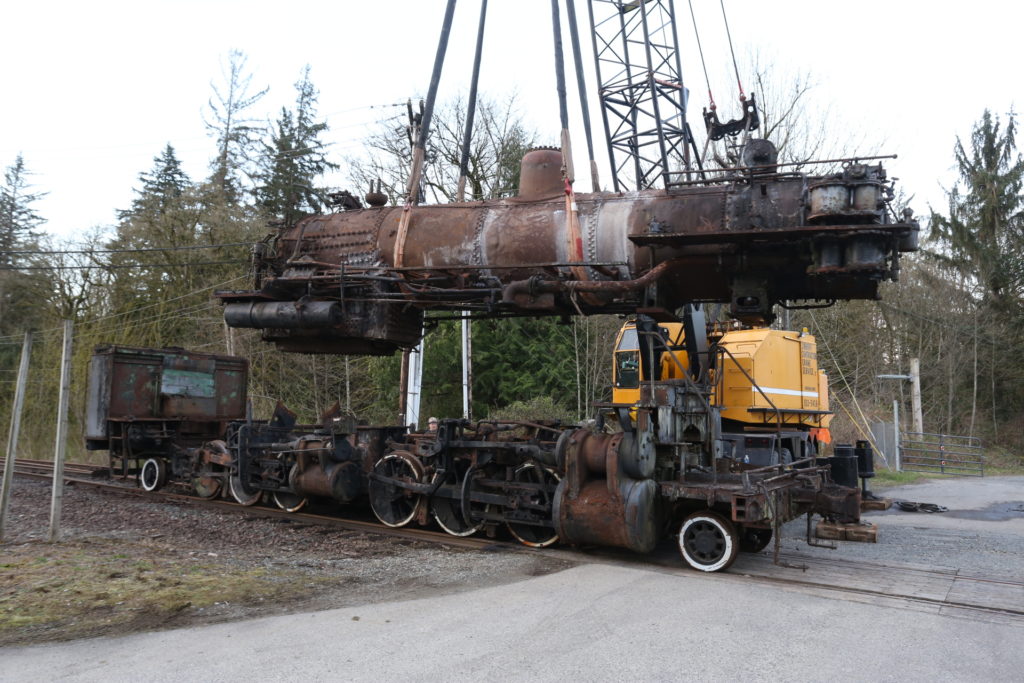 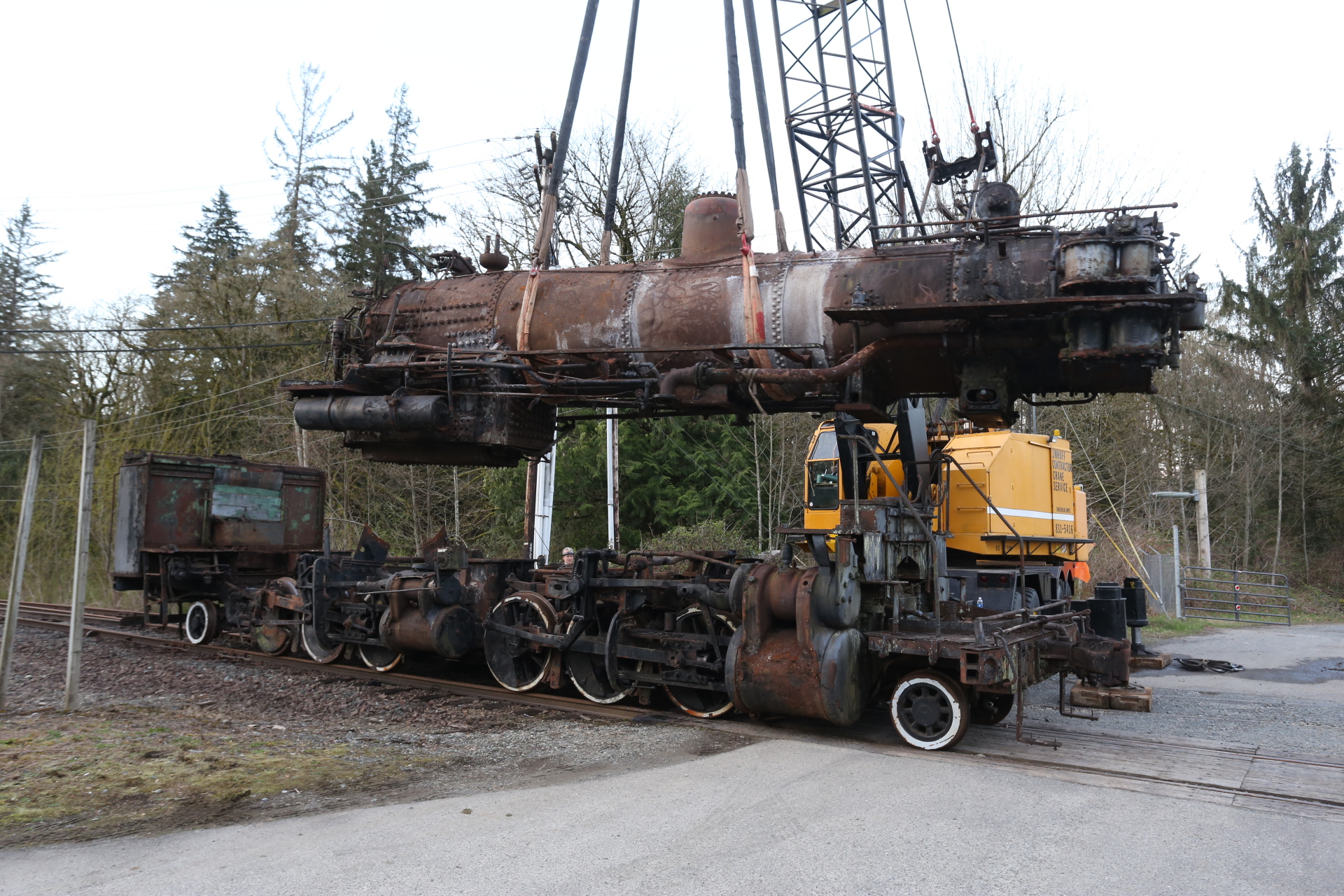 A crane lifts the boiler off the frame of Northwest Railway Museum’s former Weyerhaeuser Timber Co. No. 108 a 2-6-6-2T Mallet-type locomotive. The museum is “deaccessioning” the locomotive. It is now on its way to the Black Hills Central Railroad in South Dakota.
David Honan
SNOQUALMIE, Wash. — Another big steam locomotive is headed toward restoration.

Northwest Railway Museum says in a post on its online blog that it will “deaccession” or sell Weyerhaeuser Timber Co. 2-6-6-2T No. 108 to the Black Hills Central Railroad in South Dakota where it will be restored to operating condition.

The museum’s blog post says No. 108 was one of three locomotives in the museum’s collection that are “nearly identical” but that also take a great deal of volunteer time and money to maintain. The other locomotives are Nos. 11 and 6, both 2-6-6-2 steam locomotives with tenders. Each of the three Mallets is a Baldwin Locomotive Works-built locomotive.

Crane crews worked in Snoqualmie early on Friday, March 18, to load the boiler, frame, and assorted parts onto flatbed trailers to be taken east.

The museum quoted Black Hills Central President Meg Warder as saying the No. 108 will be restored to service by 2018 and serve alongside No. 110, a 2-6-6-2T engine.

Speaking while the loading process was underway, Northwest Railway Museum Executive Director Richard Anderson reflected on the locomotive’s transition from one home to another.

“Museum collections are dynamic and their size and scope must reflect the institution’s available resources to care for it,” Anderson said. “We are delighted to have found a successful heritage railway willing to take on the massive undertaking of rehabilitating, restoring and operating this impressive historical artifact.”

More information is available on the Northwest Railway Museum blog.