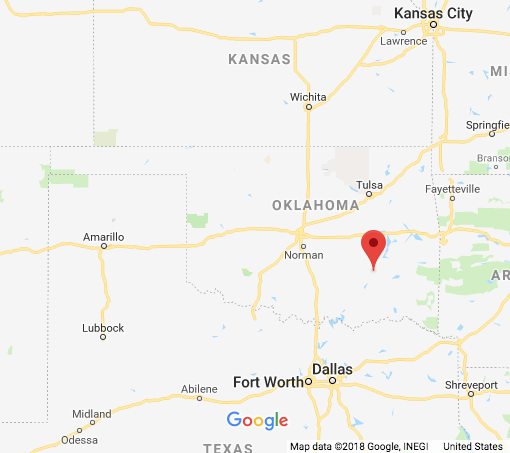 A railroad representative confirms to Trains that 16 cars and a rear-facing locomotive derailed two miles north of Kiowa, Okla., about 6:30 Sunday morning. Seven of the cars had cargo, nine were empty. Eight tank cars with unknown cargo derailed, as did at least one gondola and hopper.

The train was en route to Kansas City, Mo., from San Antonio on a former Katy line south of Muskogee, Okla., when it derailed. No injuries were reported.