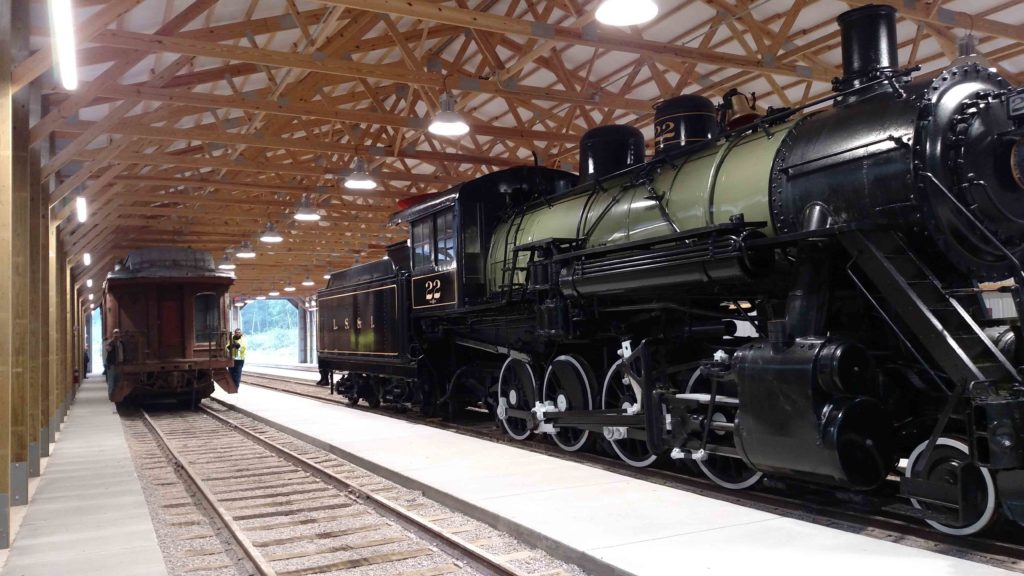 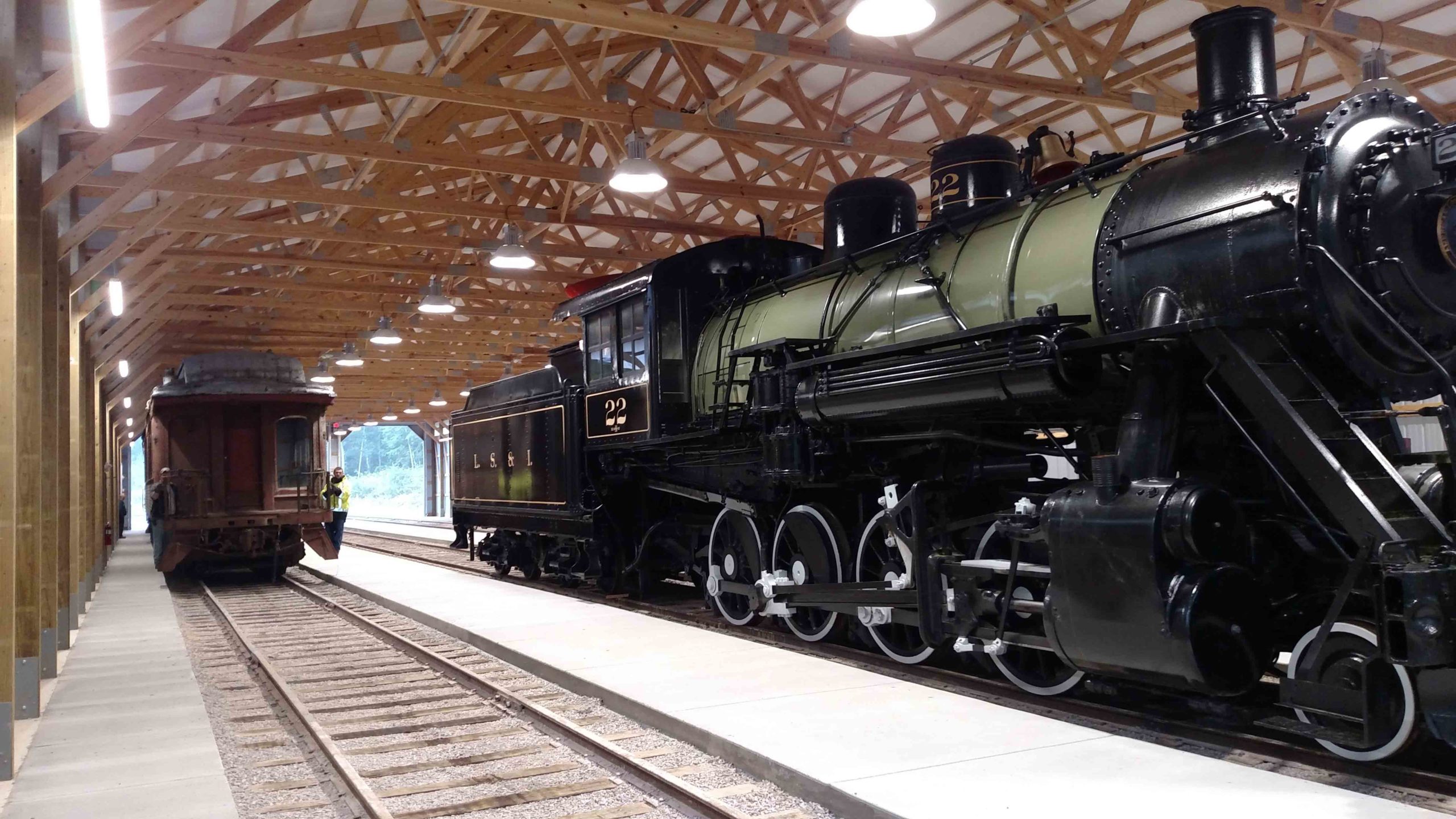 LS&I 22 will be housed in a building to be dedicated Saturday at Mid-Continent Railway Museum.
DRS
NORTH FREEDOM, Wis. — Lake Superior & Ishpeming Railroad No. 22, a 1910 Alco (Pittsburgh) 2-8-0, has been cosmetically restored and is on display in the new Laurence Dorcy Building at Mid-Continent Railway Museum. A gift from Dorcy, the great grandson of rail baron James J. Hill, paid for the building.

The engine is front and center in the new building, which will be formally dedicated on Saturday, Sept. 21, says Gary Bensman of Diversified Rail Services which performed the work on the big locomotive.

Bensman told Trains the locomotive had been disassembled in the 1990s, and his task was to put everything back in place. He said the first restoration was nearing completion just as the Federal Railroad Administration’s new locomotive inspection regulations went into effect, and the locomotive owners did not want to undo years of previous efforts, so it remained partially completed for more than a decade.

Bensman’s company was hired five years ago to reassemble the locomotive. New jacketing was made and applied, the wooden interior of the cab was replaced, piping was installed, with new piping made as needed, the snowplow pilot was made operational, and much research went into duplicating the original green paint on the boiler jacket.

Although it was built for the Upper Michigan iron ore traffic in the first decade of the 20th century, Bensman noted, No. 22 was substantially upgraded by the LS&I in 1930, with newer and larger piston valve cylinders and a new firebox with thermic syphons. It also was superheated and received a Worthington BL feedwater heater.

Dorcy’s grandfather, Louis W. Hill became president of the Great Northern Railway, and his business car. No. A-22, will also be displayed in the new structure.

The locomotive is owned by father and son William and Ray Buhrmaster, both of whom are long-time members of Mid-Continent, Bensman said. “They’ve made it a nice display piece for the museum,” he concluded.

2 thoughts on “New building at Mid-Continent to house restored LS&I Consolidation No. 22 NEWSWIRE”