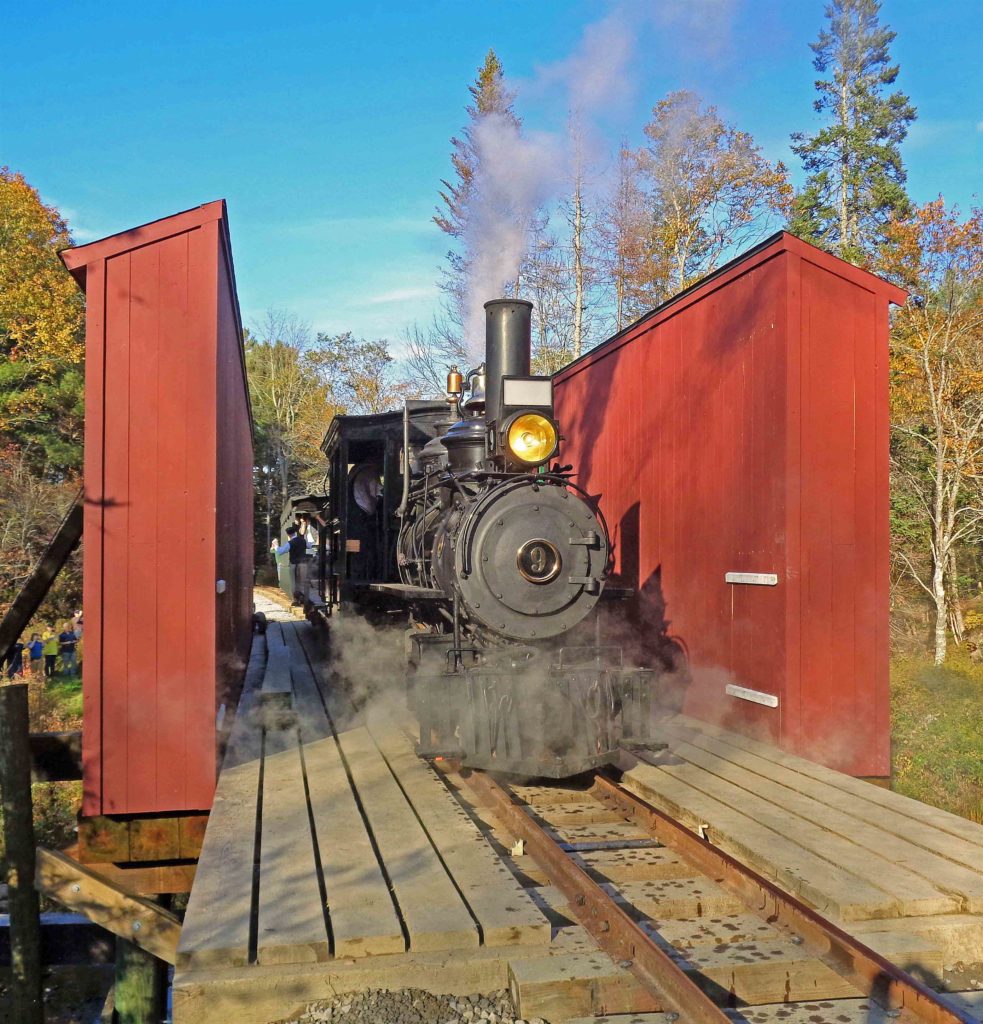 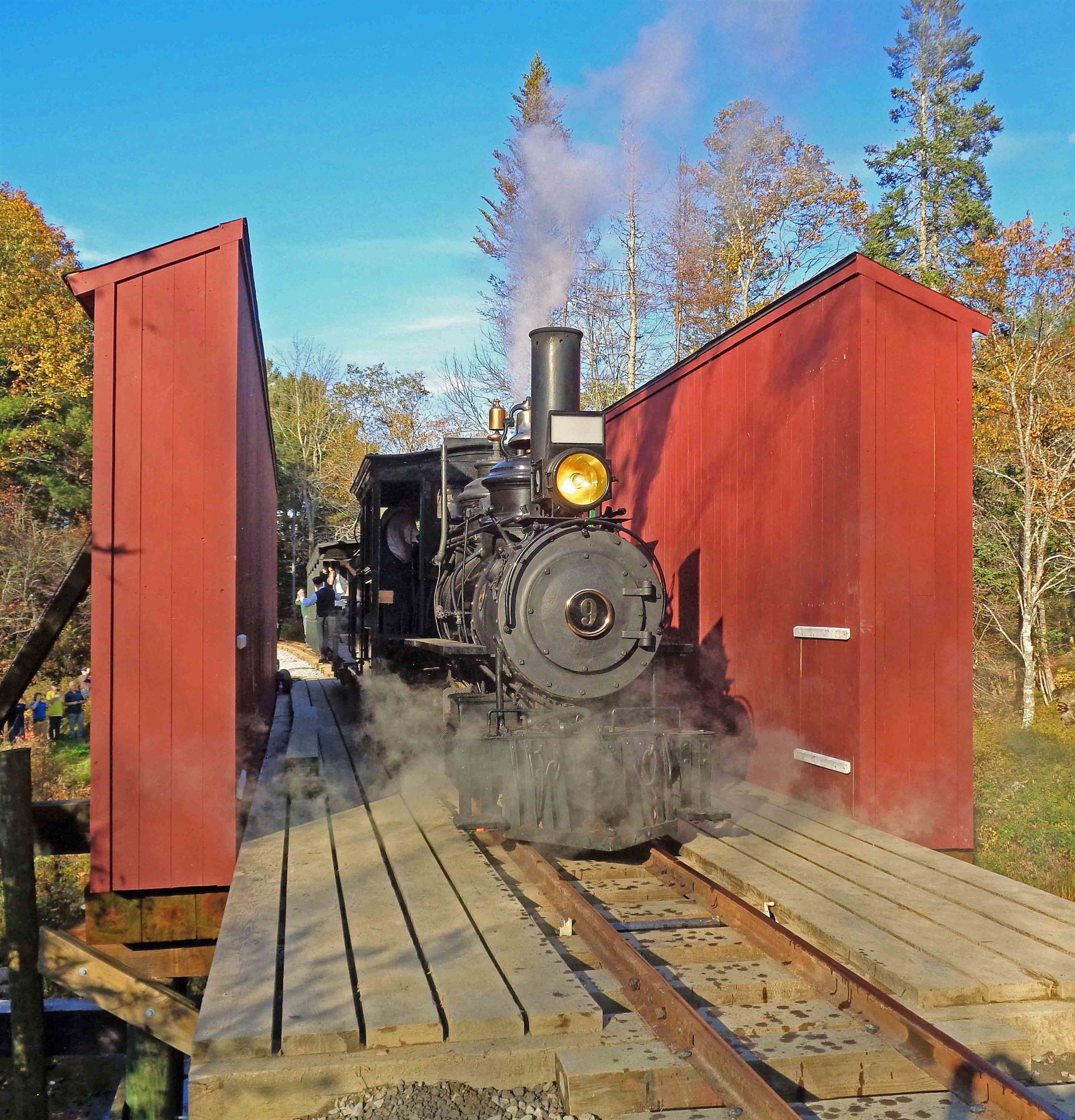 WW&F No. 9 crosses the bridge that opened Monday.
WW&F: C.S. Rhine
ALNA, Me. — Wiscasset Waterville & Farmington Railway steam locomotive No. 9 crossed the Trout Creek bridge on Monday afternoon, its first trip across the current bridge, and its first trip to this location since late May 1933.

More than 100 volunteers spent four days building track, reaching and slightly exceeding the goal of building 2,000 feet of new track on the roadbed of the original railway, which was abandoned in 1933 following a derailment. No. 9 had made a work train appearance on Sunday, bringing a flatcar with a length of rail to replace a rail that broke while being installed, and it carefully crept across the bridge to spot the car, but Monday’s trip was a thank you to the volunteers who worked so hard over the weekend.

The new track extends several hundred feet beyond the bridge, where a runaround track and turntable will be built to the new Trout Brook station. The area is a nature reserve with hiking trails, and cooperation between the museum and the Mid-Coast Conservancy has been an important element in the most recent track construction.

The bridge, a Howe pony truss covered bridge, was originally used on a Boston & Maine branch line in New Hampshire, where it was damaged in an arson fire. It was saved from destruction by the National Society for the Preservation of Covered Bridges and was restored with a grant from the Historic American Engineering Record of the National Park Service. The society donated the bridge to the WW&F in 2017, the WW&F assembled the bridge and placed it across Trout Brook in 2018, and laid track across it in 2019.

While a large crew of volunteers built track, the WW&F went about its business of carrying passengers from its headquarters at Sheepscot station to Top of the Mountain, a location remote from roads, where passengers could visit an authentic pumpkin patch and select Halloween pumpkins. Two trains, both steam-hauled, carried many happy children and adults to this first-ever event, which was declared a hit by both railroad officials and the farmer.

Next year, during the annual Spring Work Weekend, ballast will be placed and lining and surfacing of the track will occur.