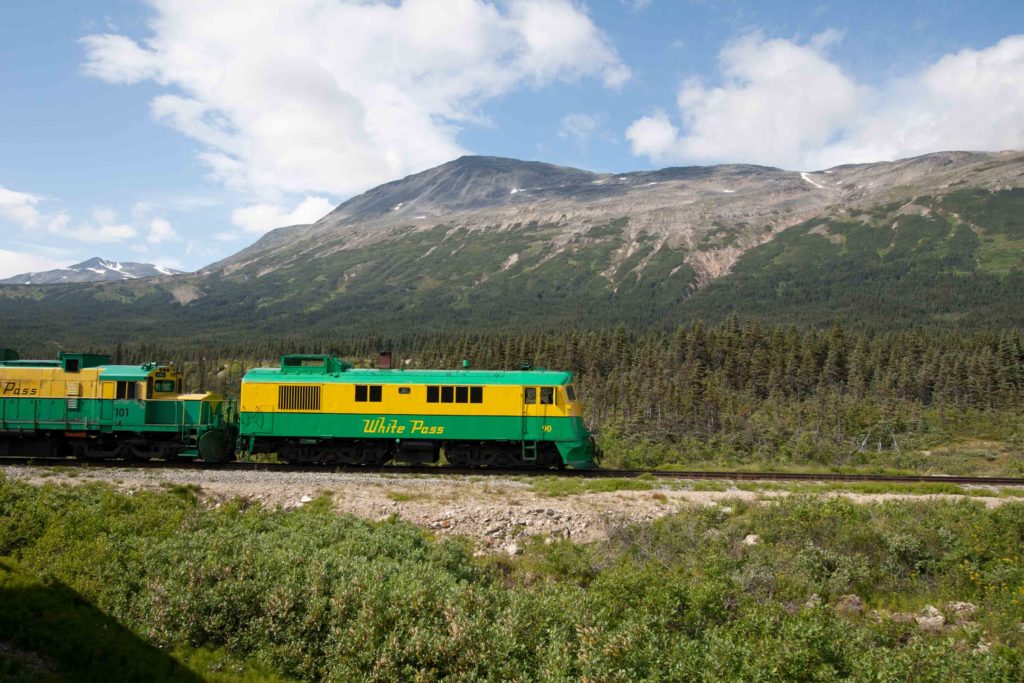 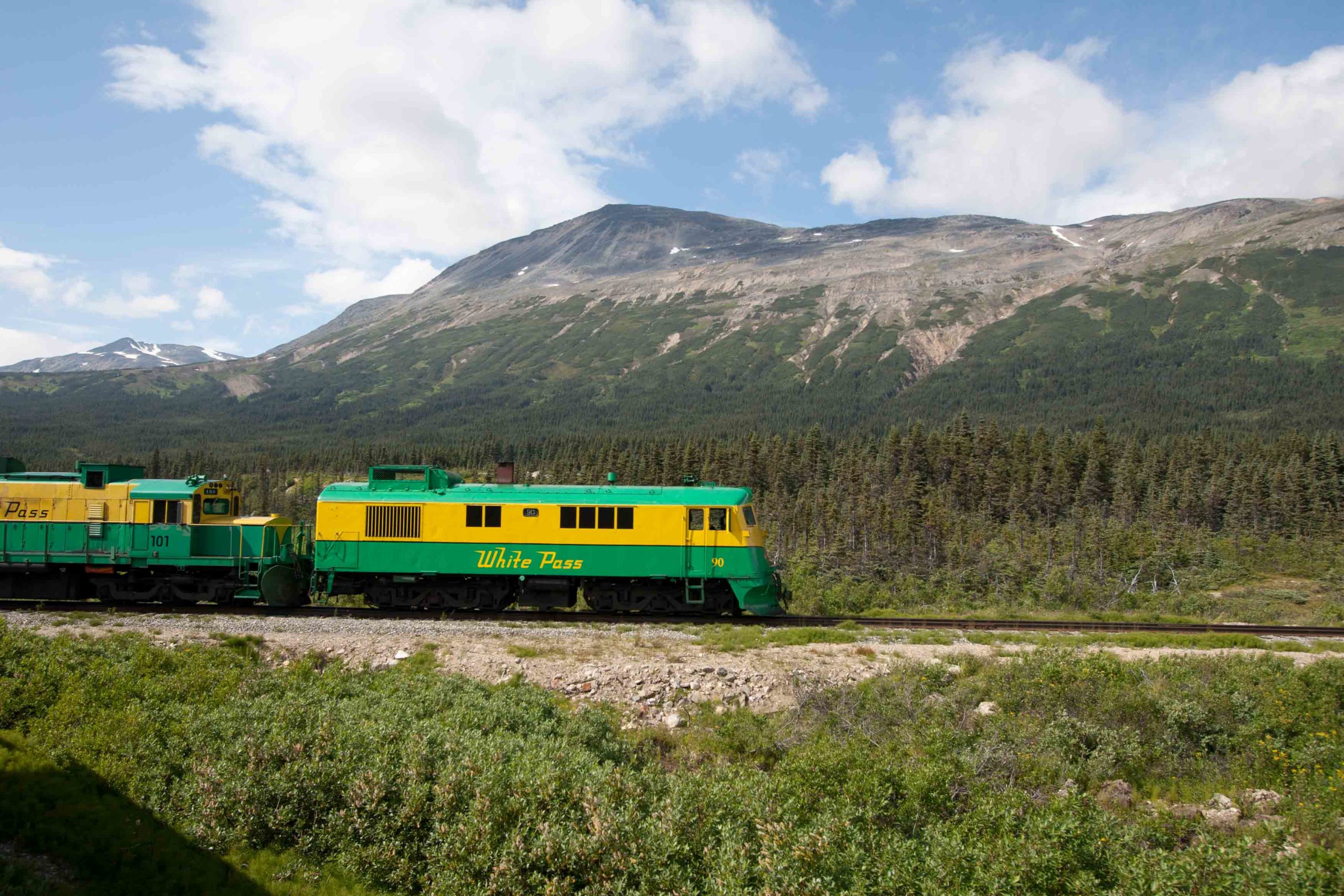 White Pass & Yukon diesels like this shovel nose GE and Alco will be replaced with new units on a two for one basis.
Jeff Mast
SKAGWAY, Alaska — Officials at the three-foot gauge White Pass & Yukon Railway have hired National Railway Equipment, Mt. Vernon, Ill., to build two new diesel locomotives to be delivered in time for the 2020 operating season.

John Gray, president of Rail Management Services, which operates the WP&Y, says the the railroad will buy two units at a cost of $2.5 million each and lease of four additional units. They are similar to NRE 1100-class end-cab units built recently for use in Australia.

Gray says they are 3,300 h.p. units with EMD 710-series engines and six-axle trucks using GE 764 D.C. traction motors. The D.C. motors are necessary because modern A.C. motors will not fit inside the truck frames, Gray notes.

The expectation is the new units will replace existing GE and Alco units on a one for two basis. “They will be equipped with extended range dynamic brakes, electronic air brakes and engine silencers,” Gray says. Excursion trains will be operated with one NRE unit per train, instead of the two or three units required today.

Gray said at least a dozen of the current fleet of 19 units will be retired. Eventually, two iconic GE “shovel nose” units and two Alcos will be retained for heritage, work train, and switching, along with the railway’s two historic steam locomotives. Two of the GEs were recently rebuilt, including complete rewiring, truck rebuild and an NRE-supplied operating system at a cost of $1.5 million each, Gray says. Even as rebuilt, the 1,500 h.p. units have just half the capacity of the modern units.

At peak times, the railway operates 12 trains daily over its 67.5-mile line, which features grades approaching 4%, tunnels, and high bridges, climbing more than 3,000 feet from sea level through the mountains to the new Summit Loop, Fraser, and Carcross in Yukon Territory, Canada.