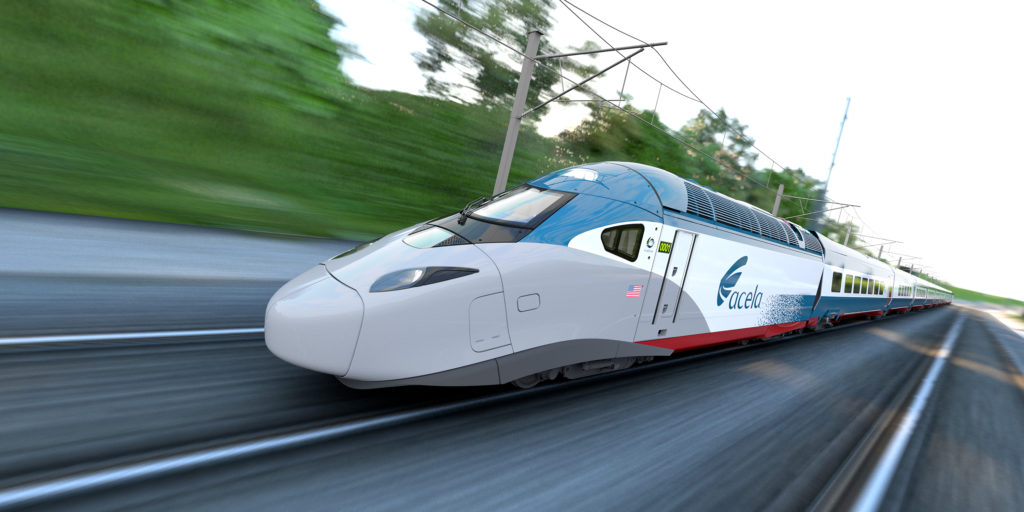 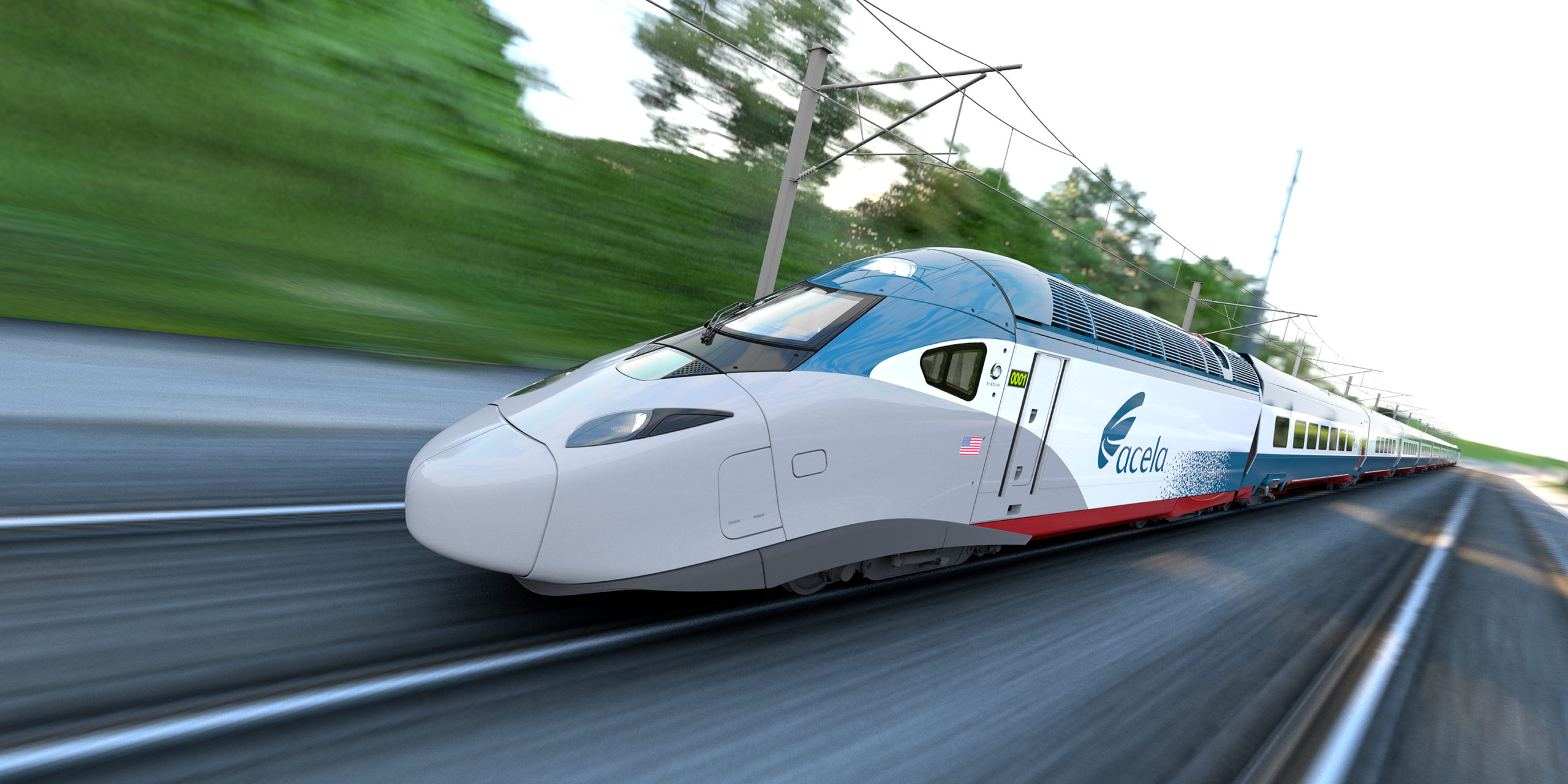 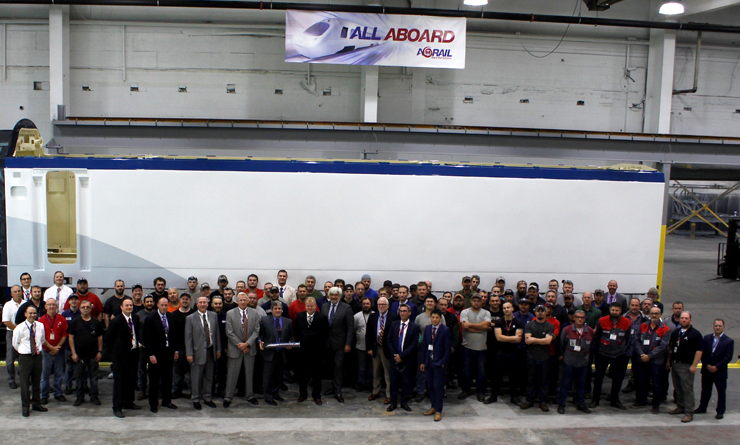 NEW YORK — The Avelia Liberty, the next-generation high speed trainset for Amtrak’s Northeast Corridor service, reached a construction milestone this week, as the first body shell for a Avelia power car was completed.

Alstom and Michigan-based Merrill Technologies Group announced the milestone on Thursday. There will be 56 power cars for the 28 Avelia Liberty trainsets. Originally ordered in 2016, consists will include two compact power cars and nine passenger cars, seating 386 passengers, with three cars more that can be added if demand warrants. It will be capable of speeds up to 185 mph, although Amtrak’s current maximum speed on the corridor is 160 mph. All 28 trainsets are expected to be in service by 2022; at that time, the possibility will exist for New York-Washingon service every half-hour and New York-Boston service every hour.

The body shells from Merrill are made from 100-percent U.S. steel, painted in Amtrak blue and white colors. The company’s Alma, Mich., facility employs more than 170 workers for the project.

The first shell is expected to arrive sometime in the next few weeks at Alstom’s Hornell, N.Y., facility for completion. The modernized 1860-era facility in Hornell, formerly the Erie Railroad’s main shop, has manufactured more than 2,000 new rail cars, and refurbished an additional 5,000 under Alstom’s ownership.

The complete trainsets will be 95-percent U.S. made and create 1,000 direct and 300 indirect jobs.

“We proudly celebrate this project milestone, not only with respect to supplying Amtrak with new trainsets, but also the emergence of a high-speed rail manufacturing industry here in the U.S.,” Jérôme Wallut, Senior Vice-President of Alstom in North America, said in a press release.