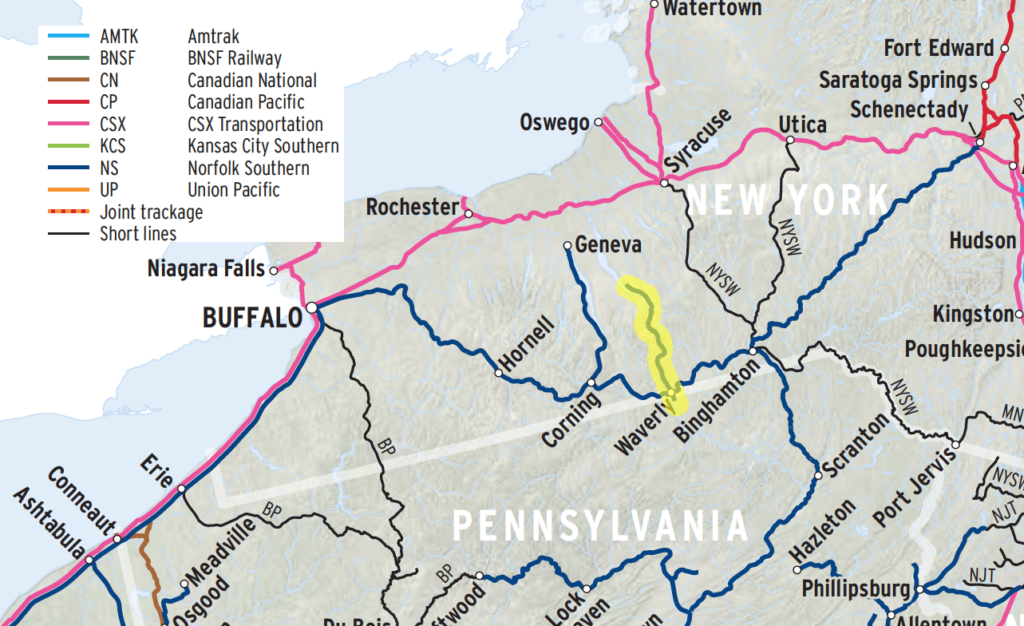 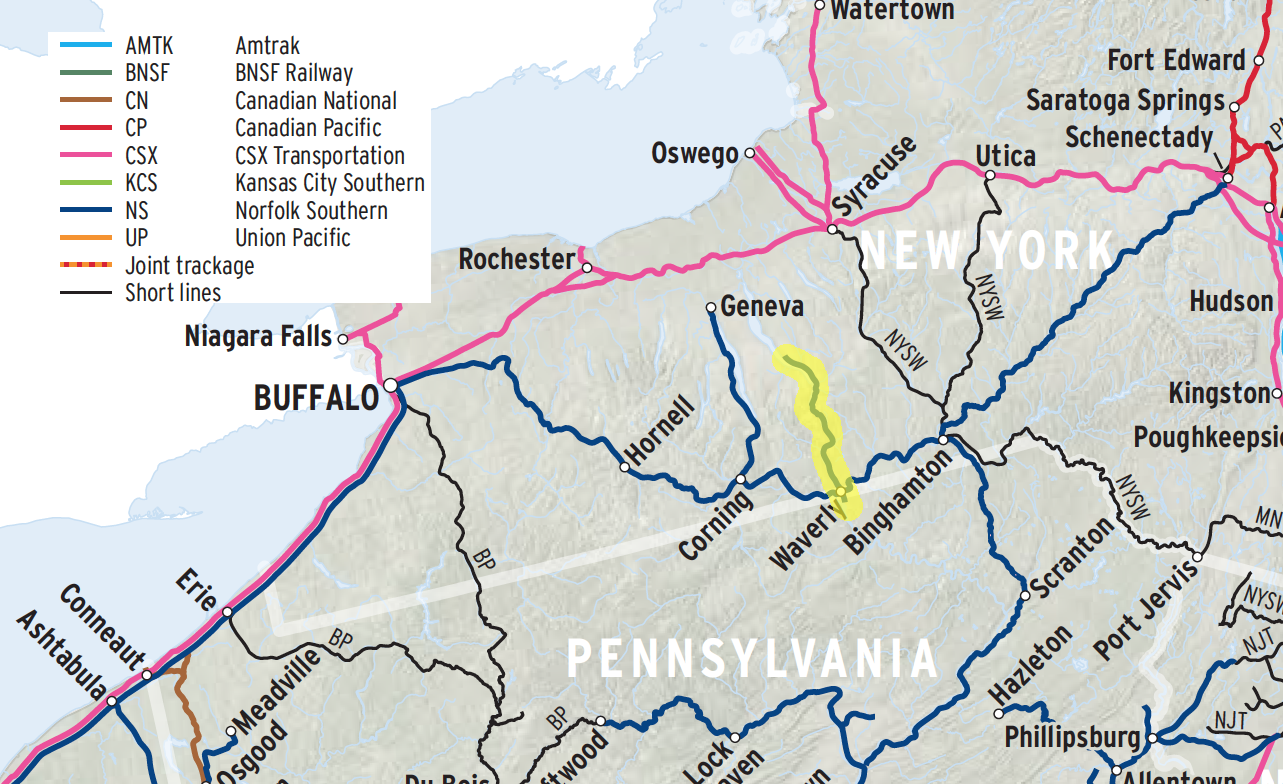 Norfolk Southern will lease its Ithaca Secondary line to Watco Companies, which has said in regulatory filings that it will create the Ithaca Central Railroad short line.
TRAINS: Rick Johnson/Steve Sweeney
ALBANY, N.Y. — Watco Companies has filed for permission to lease track from Norfolk Southern and operate a new Class III railroad in New York and Pennsylvania. The new line would be called the Ithaca Central Railroad.

Pittsburg, Kan.-based Watco wants to lease NS track running from Sayre, Pa., to Lansing, N.Y., about 48.8 miles. The shortline holding company, according to its Nov. 8 filing with the Surface Transportation Board, controls 38 Class III railroads and one Class II line. Short line officials say in their filing that they anticipate no increase in revenue or traffic that would require it to become a Class II or I railroad.

The line is known as the Ithaca Secondary, says NS representative Jon Glass. The lease agreement has been completed and is awaiting STB approval, Glass says. The STB has yet to post its decision as of Tuesday morning.

NS was interested in having someone take over the line, says Tracie VanBecelaere, Watco communications director. The two companies “have partnered on other successful lines,” VanBecelaere says.

There are currently four customers, shipping salt, coal, plastics, and magnesium chloride, she says. The Class 2 track will initially be served by two SD40 locomotives.

“Typically, we work with short lines in cases where the short line is able to focus on generating local business and serving local customers, and when it makes sense from an efficiency or cost-effective standpoint,” Glass says.