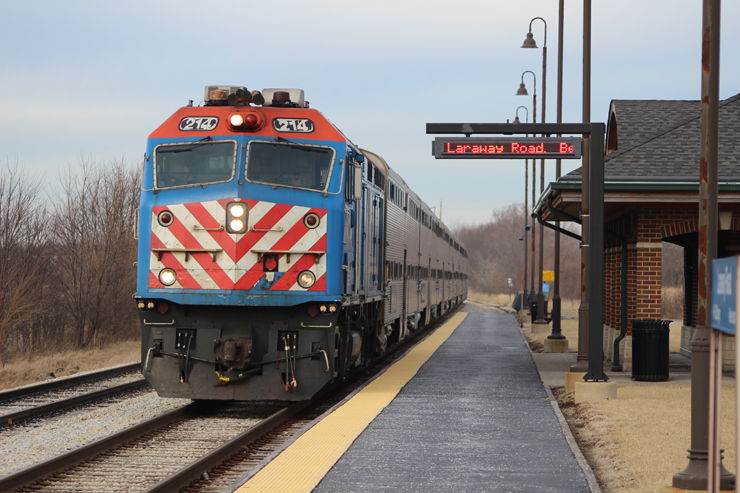 A Metra SouthWest Service train arrives at the Larraway Road station in New Lenox, Ill. Metra has signed a contract for a new train-tracking system which should help get more reliable information about train status to riders.
TRAINS: David Lassen 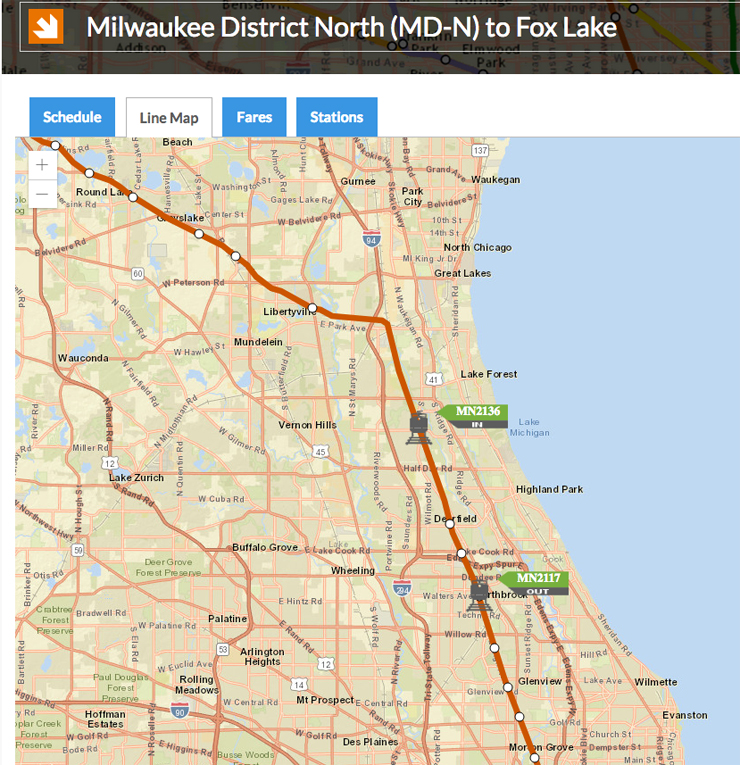 A screenshot from Metra’s website shows the location of two trains on the Milwaukee North line as of 1:20 p.m. Thursday. Issues with current GPS equipment keeps some trains from showing up on its tracking system for passengers.

CHICAGO — Metra says it will introduce a new computer and GPS network that will improve its ability to keep track of trains and report that information to riders in a timely manner, a frequent complaint from customers. The new network will replace an “antiquated” system that dates back to 2006, officials said.

Both programs are part of a $26.7-million contract awarded Wednesday by Metra’s board of directors. The contract was awarded to Clever Devices Ltd. of Woodbury, N.Y., which Metra said scored the best among four proposals.

Metra official Jeff Bratz told the board that the new automated communications reporting network will address a key issue: inadequate communications between Metra and frustrated customers waiting at stations, on platforms and on trains. Bratz said the old system software is outdated and hardware parts are no longer available.

According to the agency, because the current system’s GPS units are failing, roughly 20 percent to 30 percent of Metra’s current trains do not track. If trains aren’t tracking, they do not trip automated platform announcements and do not appear in Metra’s tracker or GTFS feed, a format for schedules. This prevents Metra workers from providing real-time updates to passengers. Glitches in the system also sometimes result in incomplete, unintelligible or repetitive announcements.

“This new system promises to be a major upgrade to the passenger experience,” Metra CEO/Executive Director Jim Derwinski said in a statement. “It will enable us to do a better job of tracking trains and conveying timely, accurate information to our customers, and it will address some of the common sources of complaints about our communication efforts.”

According to Metra, the new system will carry out a variety of tasks that are now handled by two separate systems, one installed in 2006 and the other in 2010. The system will track train movement, report a train’s adherence to the schedule, make onboard and platform announcements, send digital information to onboard and platform signs, and communicate operational changes and alerts to customers. It will entail a new communication network with a complete replacement of all hardware, including computers, GPS units, modems and other components that are no longer supported or past their useful life or capacity.

Metra said the contract also calls for a test of an automatic passenger-counting system that uses cameras in the car entrances. If the test on 11 cars is successful, Metra would have to decide whether it wanted to expand the system to replace or supplement its current manual counting at stations.