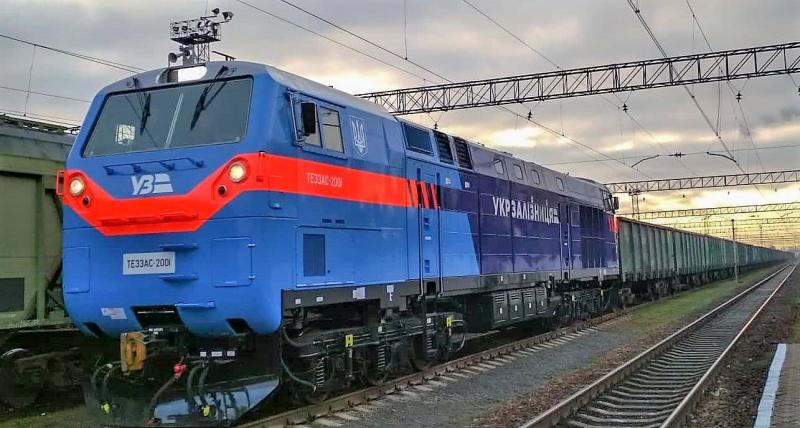 The handover is an important milestone in fulfilling an order for 30 locomotives placed in the first quarter of 2018 as part of a long-term framework agreement between GE Transportation and Ukrainian Railways. In the agreement, the companies also will explore additional new locomotives over 10 years, the rehabilitation of existing locomotives, and long-term maintenance services.

Commenting on the commissioning, Acting Ukrainian Railways CEO Yevgen Kravtsov said: “Today’s launch of GE locomotives onto the Ukrainian Railways network is a great demonstration of the successful start of our long-term cooperation with our American partners. The delivery timeline remains on-schedule, and on our side we are fully prepared to operate and maintain the locomotives. We are planning to continue our cooperation program with GE in 2019.”

“We are proud to celebrate with Ukrainian Railways the commissioning of the lead locomotive of the next generation of Ukraine’s diesel rail fleet. Together, we are taking concrete steps that will help boost network capacity to meet growing freight demand,” said Gokhan Bayhan, GE Transportation’s General Manager for Russia and the Commonwealth of Independent States, Europe, Middle East, and North Africa. “This achievement further demonstrates GE Transportation’s leading role as a provider of high-tech solutions that are helping customers around the world deliver goods and services at greater speed and lower cost.”

The TE33A locomotives for Ukraine will haul grain, ore, and metals products throughout the country’s industrial and agricultural heartland, as well as to key ports along the Black Sea coast. Most of production is being carried out at a GE Transportation facility in the United States, with certain final work localized at the Kryukov Railway Car Building Works in Kremenchuk.

Ultimately, GE Transportation aims to increase localization in the follow-on phases of the project, helping further bolster local job creation in the country.

Designed for the wider temperature and operating conditions of the 1520mm-gauge rail space, the TE33A locomotive features a 12-cylinder, 4,500-horsepower Evolution-series engine with EU3A emissions-level compliance, delivering high power output, enhanced productivity, greater flexibility, lower lifecycle costs, and improved reliability in heavy-haul operations. Compared to the legacy Ukrainian fleet, the TE33A can significantly reduce harmful emissions, economize on fuel and oil costs, and increase time between maintenance overhauls. More than 300 TE33A locomotives are already in operation in half a dozen countries across the 1520mm rail space.