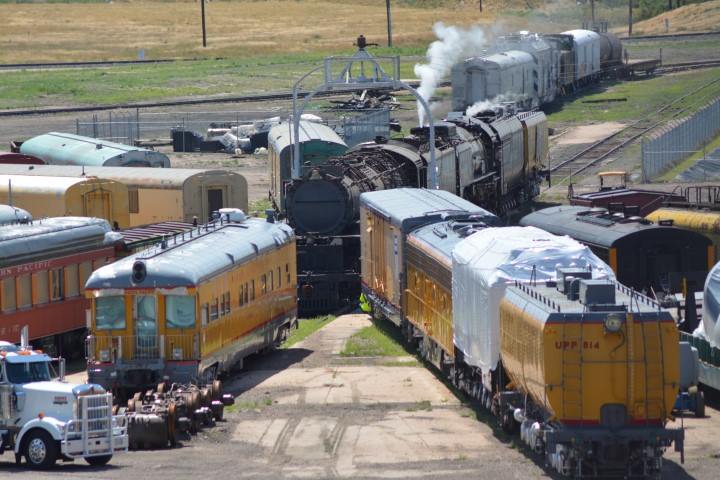 “Imagine the voracious appetite of a Big Boy burning 28 tons of coal in a matter of hours,” Dickens says. “That’s a lot of ash and cinder. With an oil burner, the locomotive doesn’t produce this kind of debris.”

The Heritage team used No. 844 to move the 4014 to a turntable adjacent to the steam shop, turn it around, and then place it on a different shop track nearer to the machinery. Crews then separated the tender from the engine to begin the first steps of the restoration. Dickens says that as work on the tender and the firebox progresses, the crews will also begin a detailed inspection of the Big Boy’s boiler.

“Like we did on locomotive No. 844, we’ll use an ultrasonic test device that uses sound waves to measure the thickness of every part of 4014’s boiler,” Dickens said.

The Union Pacific plans to restore the 4014 to operational service sometime between 2017 and 2019, in time for the 150th anniversary of the completion of the Transcontinental Railroad.