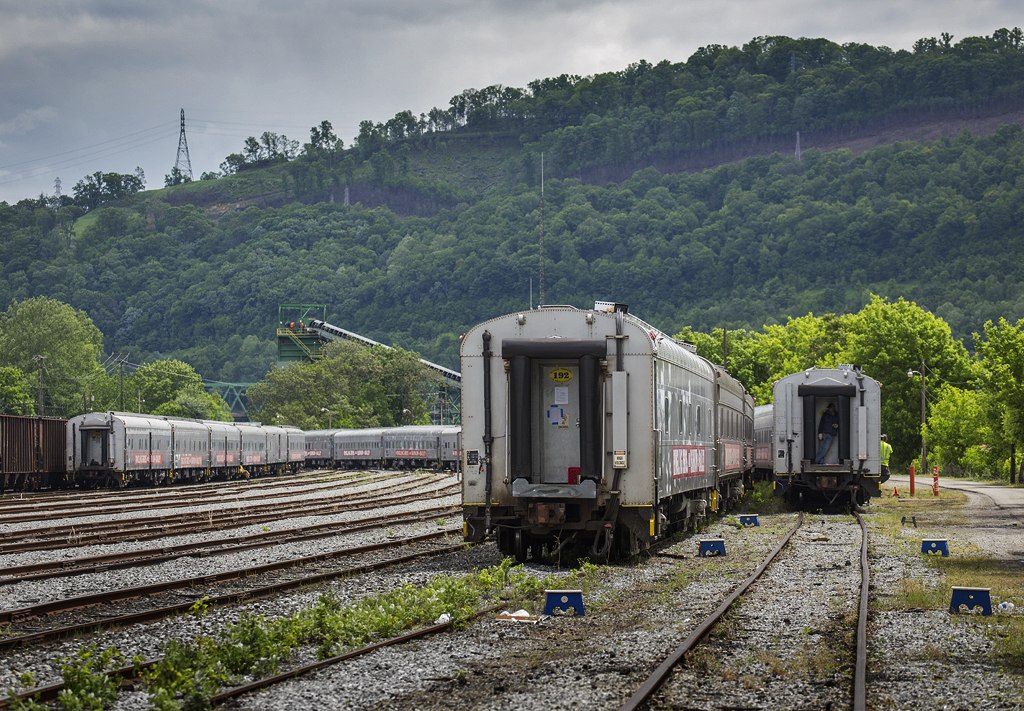 Prior to departing Charleston, W.Va., on May 8, every car of the Ringling Bros. ‘Blue’ unit was switched in order of its upcoming setoff for disposition to private owners. Similar to the Red Unit, many of the Blue Unit cars will be setoff in Oak Island, N.J., after a series of performances end in Uniondale, N.Y., on May 21. During this May 7 view, it was the first time many of the Blue Unit passenger cars had been uncoupled in years.
Chase Gunnoe 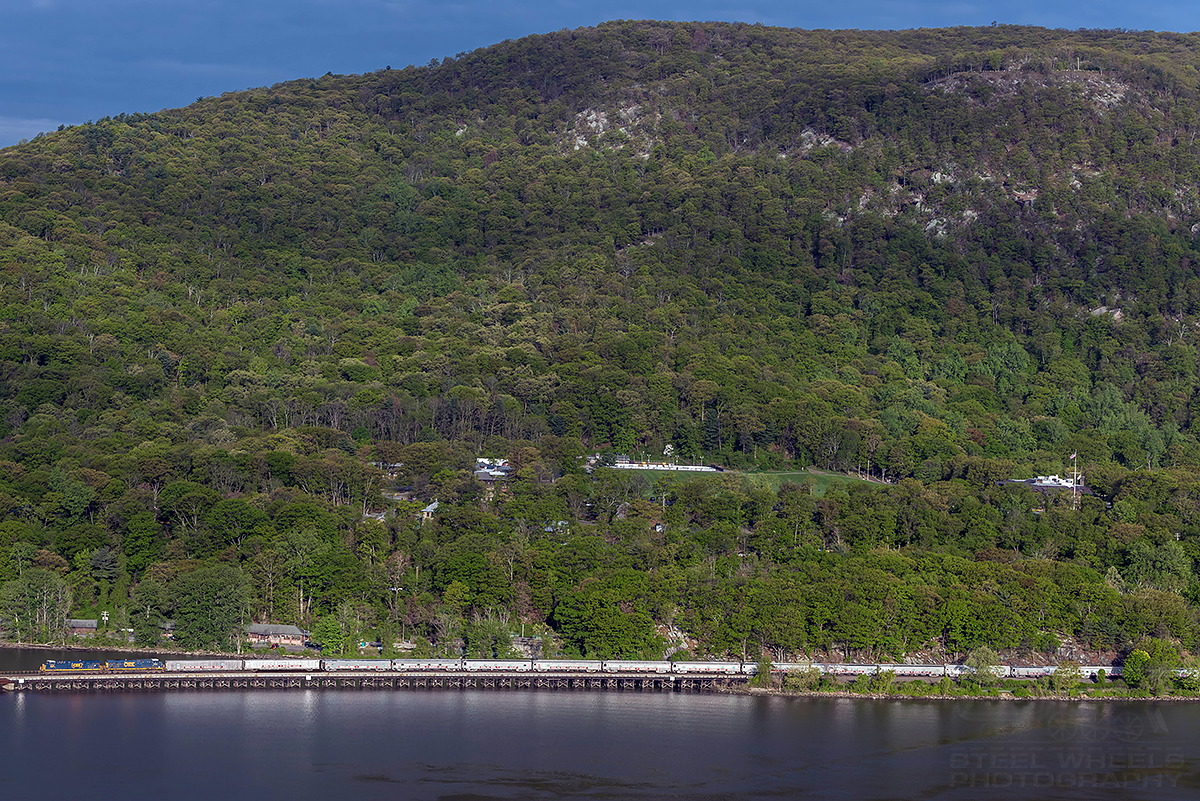 One of the last photos of the Ringling Bros. ‘Red Unit’ fully intact was captured early Wednesday morning near Bear Mountain, N.Y. The train was headed to Oak Island, N.J., where the consist would be separated before a deadhead move continued south to Florida.
Kevin Burkholder
UNIONDALE, N.Y. — Just four days after the Ringling Bros. and Barnum & Bailey Circus Xtreme tour took its final bow to sold out crowds in Providence, R.I., the Red Unit’s rail equipment is now headed either to its new private owners or for disposition in Palmetto, Fla.

In a special move handled by CSX Transportation on May 10, a total of four remaining passenger cars and 19 flatcars of circus wagons, vehicles, and other supplies headed for Feld Entertainment’s corporate headquarters near Palmetto for disposition. On Thursday afternoon, the train was passing through Wilson, N.C., on its way south.

The rest of the equipment, including about 30 passenger cars, were set out in Oak Island, N.J., for transport to private owners in the Northeast. Passenger rail operators, museums, and tourist railroads purchased the passenger cars at auction in April.

Meanwhile in Uniondale, N.Y., on Long Island, the Ringling Bros. and Barnum & Bailey Out of this World tour was preparing for its final series of shows ever. Its rail equipment, which remains intact this week, will be emptied and sent off for disposition upon the conclusion of the final performances on Sunday, May 21. Similar to its sister unit, the Blue unit train will make a similar deadhead move to Florida in late May consisting of unclaimed rail equipment.

A final routing for the Blue unit deadhead move has not been released.