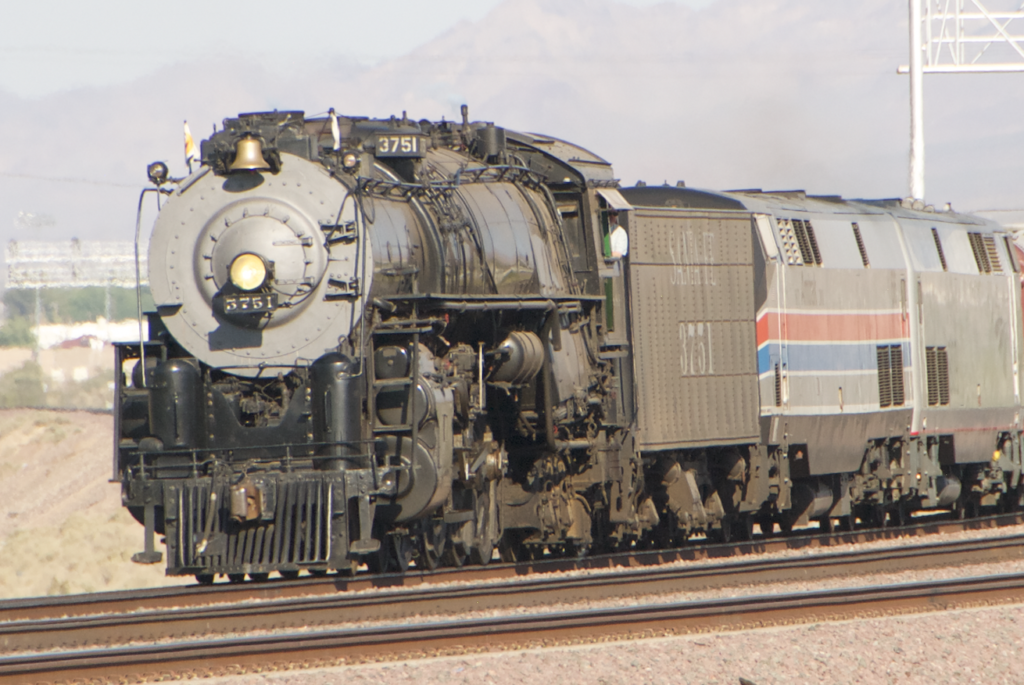 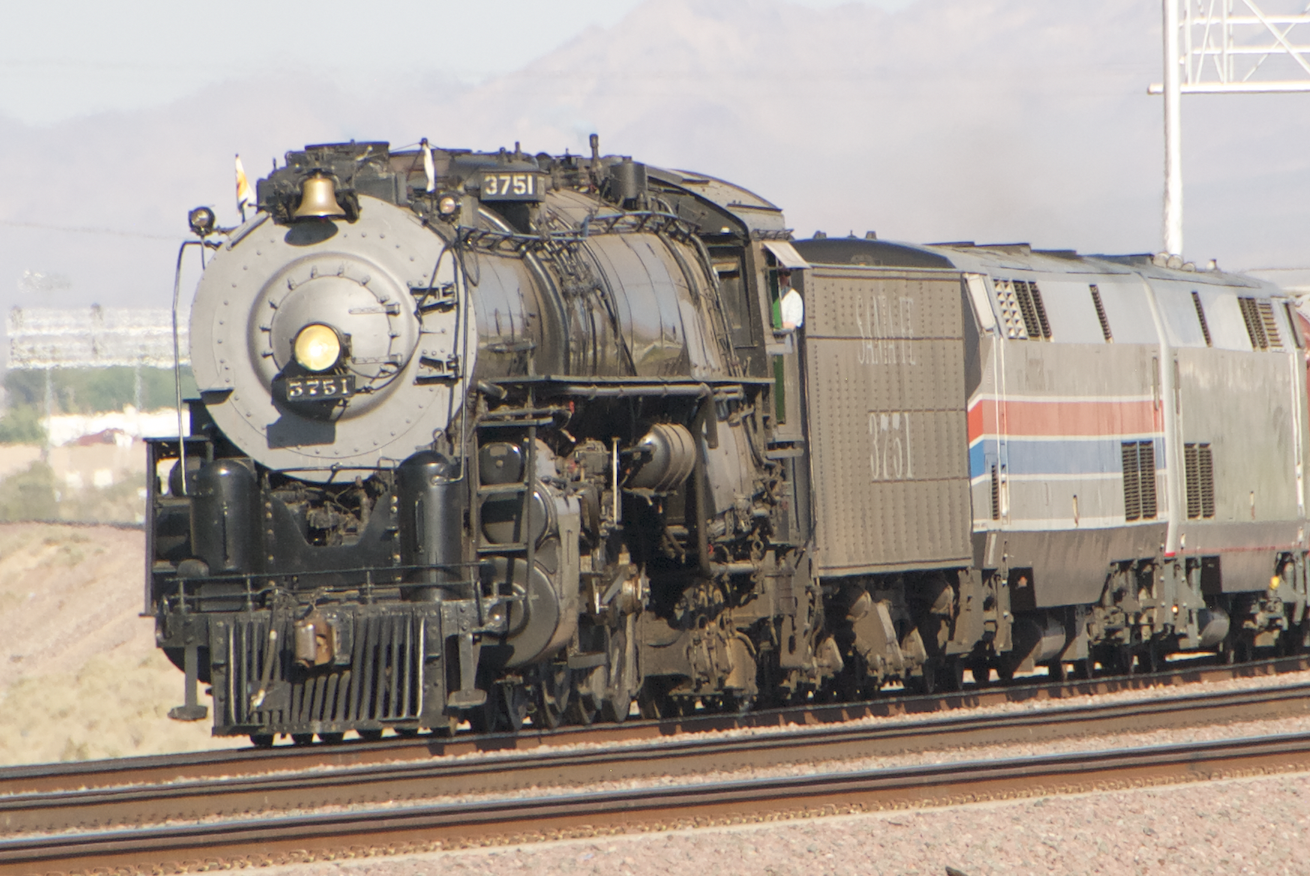 Santa Fe 4-8-4 No. 3751 on an excursion in California.
TRAINS: Jim Wrinn
FULLERTON, Calif. – Santa Fe 4-8-4 No. 3751 will return to Fullerton Railroad Days this spring, the San Bernardino Railroad Historical Society announced. The free public event will take place from 9 a.m. to 5 p.m. May 6 and 7 at the former Santa Fe Fullerton Station. The engine will steam from Los Angeles to Fullerton thanks to the cooperation of BNSF Railway and Amtrak.

While on display in Fullerton, historical society members will host their second annual night photography session with No. 3751. The night session will be held from 8:30 to 10:30 p.m. on May 6. The session will include exclusive access to photograph No. 3751 under steam, and an expanded group of re-enactors dressed in period clothing to pose with the locomotive.

The night photography session will be limited to 25 individuals on a first-come, first-served basis with a suggested donation of $50. Email pre-registrations can be sent to 3751photoevent@gmail.com and will be open until 11:55 p.m. May 3. Any remaining openings will be offered at the historical society merchandise booth until 4 p.m. May 6.

Baldwin Locomotive Works built No. 3751 in 1927. It served in passenger service until retirement in 1953. The locomotive was then placed on display in San Bernardino, Calif. next to the Santa Fe depot. The San Bernardino Railroad Historical Society was formed in 1981 and restored 3751 between 1986 and 1991. It made its first public runs in December 1991. The locomotive is listed on the National Register of Historic Places and holds the distinction of being the oldest surviving 4-8-4.

The Santa Fe locomotive is one of several big steam engines to be featured in a special magazine from trains, Big Steam Is Back, available later in 2017.