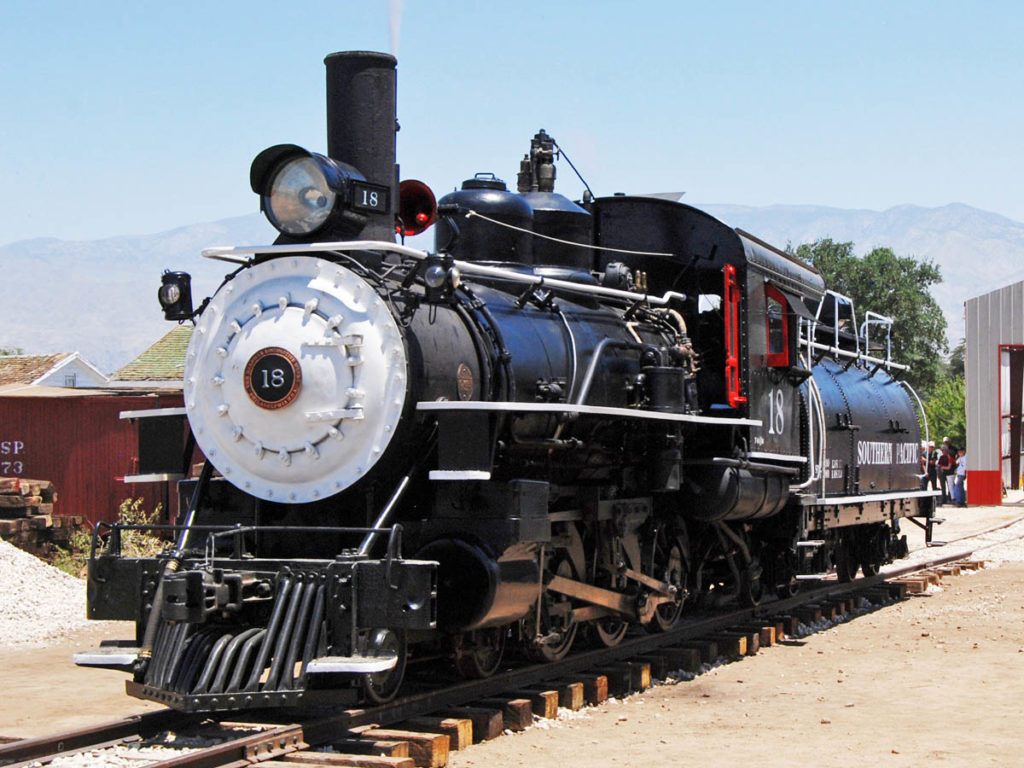 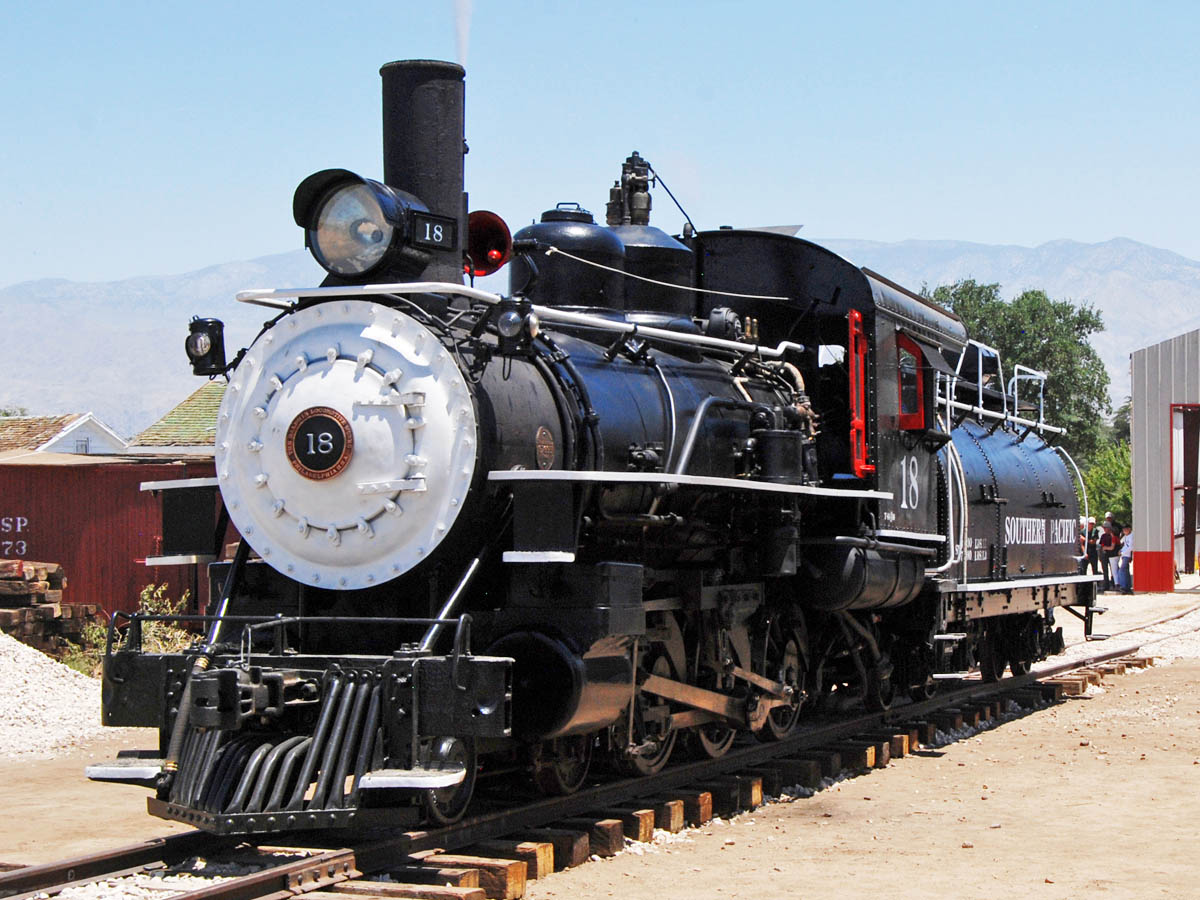 No. 18 at Independence, Calif., in July 2017.
David Crosby
INDEPENDENCE, Calif. – Southern Pacific narrow-gauge 4-6-0 No. 18 will be steamed up and operated in Independence Oct. 4-5. The locomotive was restored and is operated by the locally based all-volunteer Carson & Colorado Railway, which takes its name from the original railroad that operated through Independence.

Carson & Colorado President Dave Mull tells Trains News Wire that the trip on the Oct. 4 is a private charter for the Lone Pine Film Festival, but the runs on the Oct. 5 will be open to the public. There will be a charge to ride the trips but ticket prices have not been determined yet.

The organization has constructed about 300 feet of track, and hopes to add more but it must cross two creeks. To do so, it must negotiate with the Los Angeles Department of Water and Power to obtain permission to bridge the waterways. Mull said Carson & Colorado hopes to eventually have about 1,500 feet of track, which would include a loop.

No. 18 was built for the 3-foot-gauge Nevada-California-Oregon Railroad as No. 12. The locomotive stayed on the roster until 1926 when SP bought it and standard-gauged the line. Renumbered 18, it was transferred SP’s 3-foot-gauge lines in Nevada and California. It operated until 1954 until it was replaced by a General Electric diesel. It was put on display in Dehy Park in Independence in 1955. The line through Independence was abandoned in 1960.

No. 18 sat in the park until 1997 when Carson & Colorado began a campaign to restore it. In October 2016, No. 18 was steamed up for the first time in 62 years. The group has constructed an engine house to shelter and maintain No. 18. In September 2017 the engine was trucked 45 miles to the railroad museum in Laws for a weekend of runs on original SP narrow gauge tracks before being returned to Independence. Mull says a return to Laws is planned in the future.

For more information, go to carsoncolorado.com.

6 thoughts on “Southern Pacific narrow gauge 4-6-0 No. 18 to steam in October NEWSWIRE” 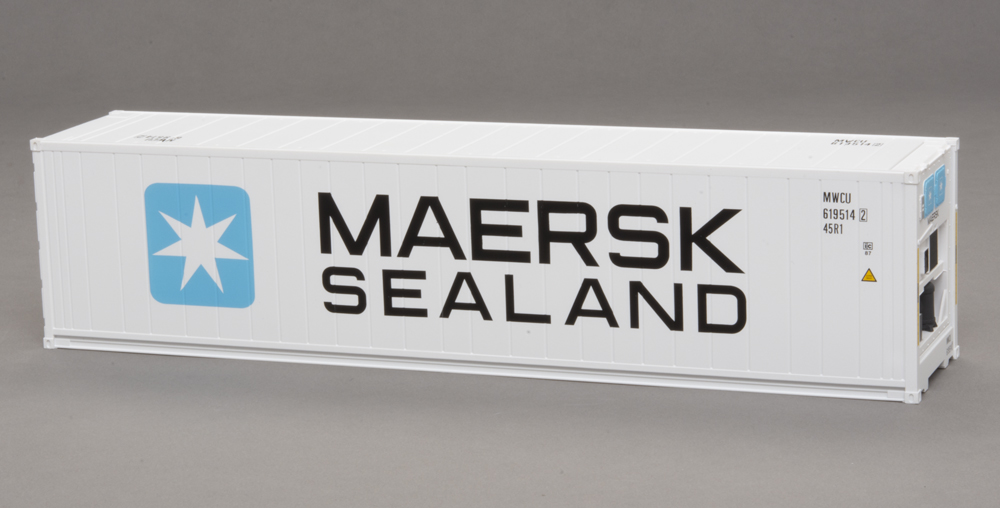