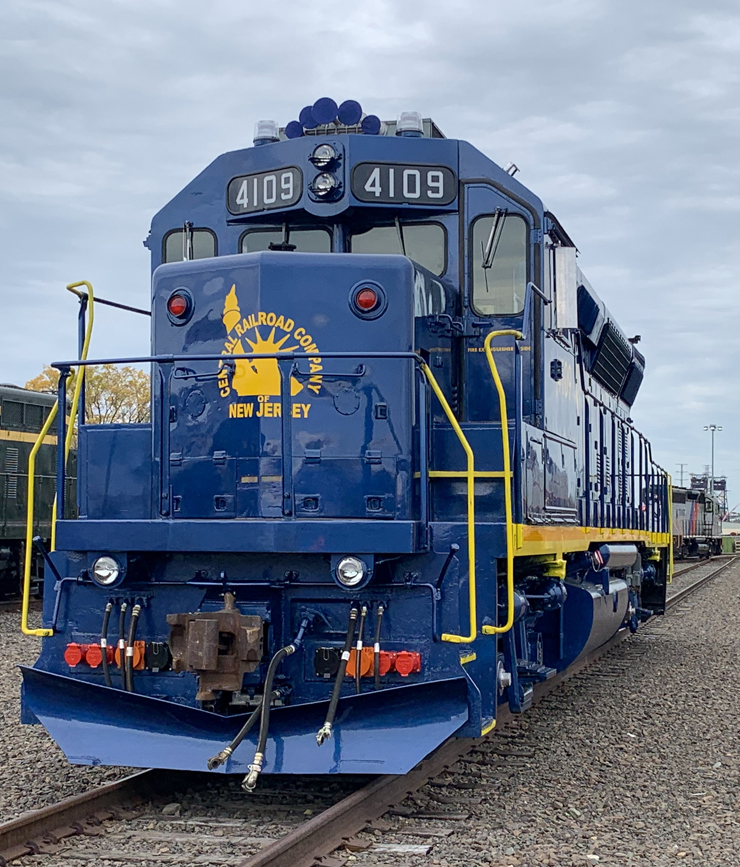 Currently used as a switcher, NJ Transit GP40H-2 No. 4109 will have HEP equipment installed for use on revenue trains.
Ralph Spielman 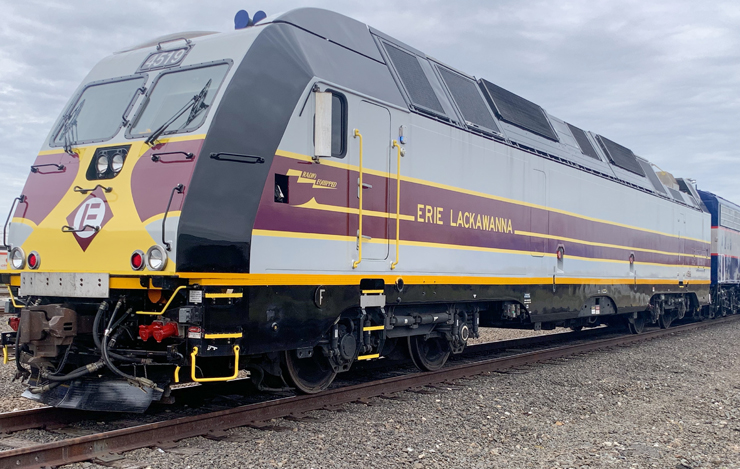 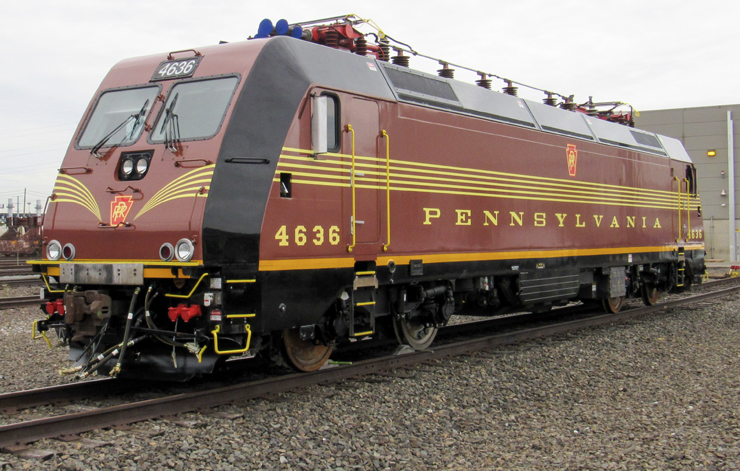 KEARNY, N.J. — NJ Transit provided the first public look and more details on its three heritage locomotives on Tuesday, and did not rule out the possibility that more such locomotives could follow.

The project evolved as part of discussions among several NJ Transit managers who noted how other railroads and airlines used heritage paint schemes to mark anniversaries. A mix of paint and wraps were used to note the lineage of the commuter rail operations that became part of NJ Transit.

The three engines — Bombardier ALP-46A electric No. 4636, now wearing a Pennsylvania Railroad scheme; dual-mode Bombardier ALP-45DP No. 4519, commemorating Erie Lackawanna, and EMD GP40H-2 diesel No. 4109, returned to a version of its as-delivered Central of New Jersey scheme — were chosen because of their specific maintenance cycles and their need to be repainted. The GP40H-2 had last been painted in 1992. When the project was approved, Deputy General Manager of Mechanical Equipment Charlie Tomaszfski assembled a team of carmen, mechanics, laborers, and shop workers to prepare and decorate the locomotives, extending a collaboration that also involved senior and executive-level staff members.

Contacts within the railroad industry and with railroad historical societies provided technical assistance with paint colors, fonts, and striping details. For the two Bombardier locomotives, 60% of the heritage scheme utilizes a vinyl wrap, with the design of those wraps a collaboration between NJ Transit and the historical societies. The GP40PH-2 was repainted into a scheme reasonably consistent with its original version, using some logo and lettering decals.

After drawings for the designs of the wraps were reviewed internally and externally, Reidler Railroad Graphics of Saint Clair, Pa., supplied and installed the wraps and lettering. Conrail, the owner of the Pennsylvania and Eric Lackawanna names and likenesses, entered into a licensing agreement allowing their use and reviewed the conceptual drawings.

On both the Bombardier ALP-46A and ALP-45DP units, the black “sideburn” sections on the previous paint jobs house blower and electrical runs that require the areas to be unencumbered during maintenance cycles. These areas, defined by hard angles and not curves, made efforts to extend striping or other changes over them appear to be forced. So the units were wrapped on the sides and ends; the roof areas, trucks and underframes were touched up with black paint to match the existing paint. The wraps are expected to last for a minimum of seven years.

For the GP40, a key design piece was fabricating as-delivered EMD number boards; a non-NJ Transit railroad official made sure that they looked exactly as they did when they left EMD’s La Grange, Ill., plant in 1968.

NJ Transit officials expect the Pennsylvania unit to enter revenue service in a few weeks. The Erie Lackawanna locomotive will operate on NJT’s positive train control test train. The GP40H-2, currently used as a switcher, will have head-end power equipment installed and be used in revenue service. All three units are PTC equipped.

NJ Transit continues to explore options including the possibility of more heritage locomotives operating next year.