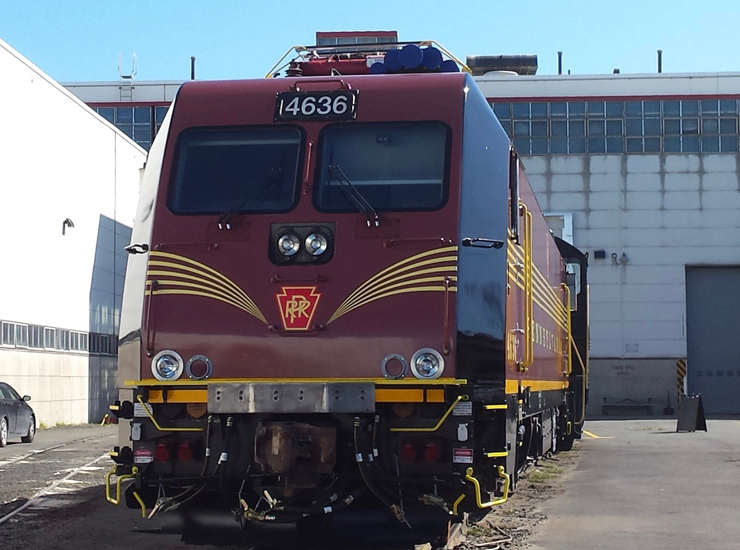 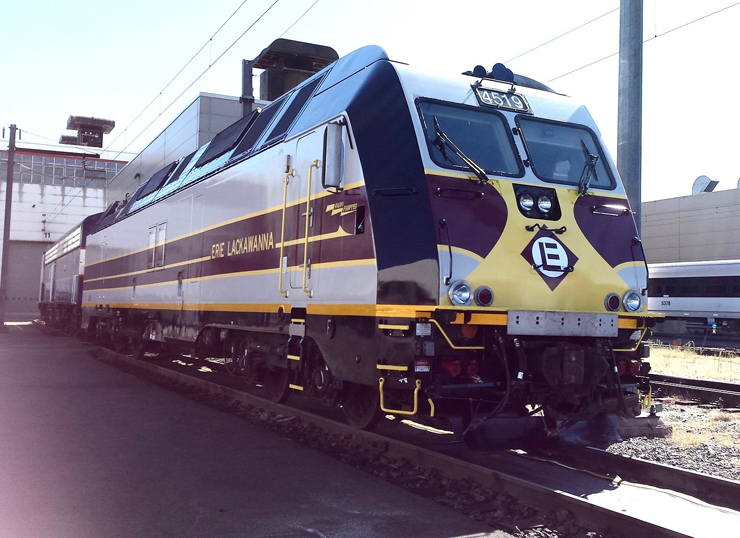 Bombardier ALP-45DP No. 4519 has been painted in an Erie Lackawanna heritage scheme.
Anthony M. Bonelli 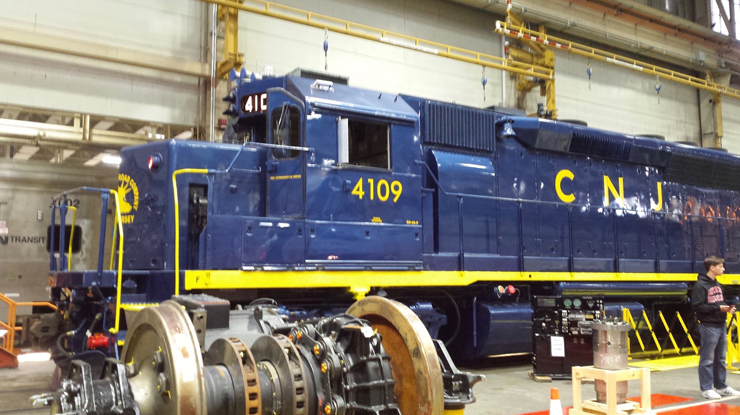 NJ Transit GP40PH-2 No. 4109, delivered to the Central of New Jersey in 1968, has been repainted to a replica of its original color scheme.
Anthony M. Bonelli

KEARNY, N.J. — NJ Transit unveiled three heritage locomotives Saturday at its annual Family Days event at its Meadows Maintenance Complex, and is scheduled to debut the locomotives for the general public on Tuesday.

The three locomotives are GP40PH-2 No. 4109, repainted to a version of the Central of New Jersey livery it wore when first delivered in 1968; Bombardier ALP-46A No. 4636, an electric locomotive painted into a Pennsylvania Railroad scheme; and dual-mode Bombardier ALP-45DP No. 4519, with an Erie-Lackawanna paint scheme.