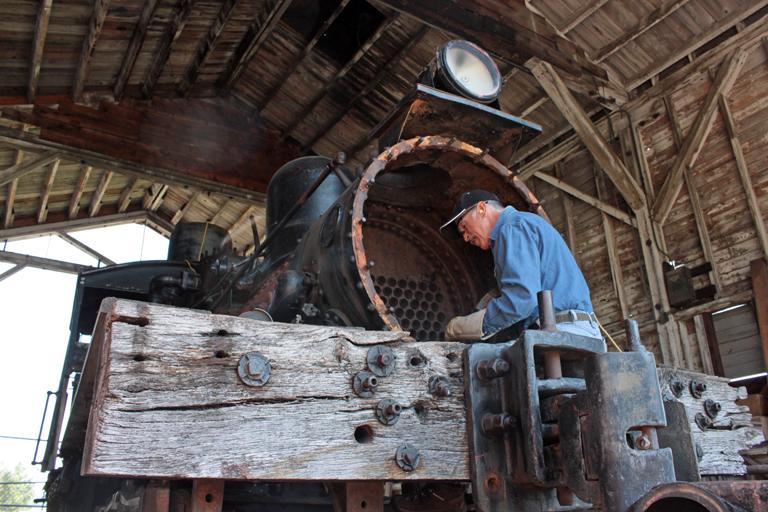 The Heritage Museum in Libby recently obtained a matching grant from the Montana Office of Tourism and Business Development to continue the restoration of J. Neils Lumber Co. No. 4, a two-truck Shay that the group has been rebuilding since 2011. As part of the deal, the museum had to match half of the grant, or about $13,000, which it currently has on hand.

No. 4 was built by the Lima Locomotive Works and first worked in northern Minnesota. In 1917, the locomotive was moved to Montana where it worked until the 1940s. The locomotive was later put on display along U.S. Highway 2 in Libby. In 2011, the locomotive was moved from its display site near the Heritage Museum into the very shop building that protected it in the early 20th century and it has been under restoration ever since. Volunteers have completely disassembled the locomotive and, once the firebox is rebuilt, they say they will be able to start putting it back together. They plan on hiring a contractor from Washington to do the firebox work, which is expected to cost upwards of $40,000.

If successful in their restoration, No. 4 will be the only operating steam locomotive in Montana. The group hopes to operate the locomotive on a yet-to-be-built loop of track on the museum grounds.

No. 4’s sister locomotive, J. Neils No. 5, was restored to steam at the Illinois Railway Museum in 2018.

The museum is still raising money to continue the restoration, Donations to the locomotive restoration can be dropped off at the Libby Chamber of Commerce or mailed to the Heritage Museum, P.O. Box 628, Libby, Montana 59923. Please mark all donations “Shay.”

For more information, go to www.libbyheritagemuseum.com.