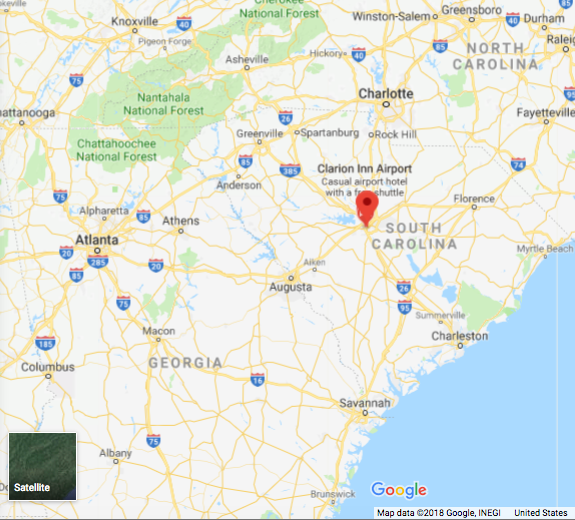 NTSB Chariman Robert L. Sumwalt III told media in a Sunday afternoon news conference that a manual switch was aligned and locked in position for a siding off the CSX Transportation main line near Cayce, S.C. The alignment led the New York City to Miami Silver Star into a CSX autorack train that was parked on a siding.

One locomotive and seven passenger cars collided with the freight train of 34 empty autoracks and two locomotives. The allowable maximum speed for the main line in the area is 59 mph. Eight Amtrak employees were on the train at the time, and 116 of 136 passengers were treated for injuries. There is no information on whether a CSX crew was present.

A CSX representative, in a statement to the media, said that the freight railroad will cooperate with investigators.

“Our sincere condolences go out to the families of the two individuals who passed away following the tragic events that took place in Cayce, S.C., early this morning,” the CSX representative said. “We remain focused on providing assistance and support to those impacted by today’s incident.”

According to Sumwalt and other sources, the CSX train had unloaded vehicles at the Total Distribution Services Inc. transload facility in Dixiana, S.C., on the east side of the main line. TDSI is a CSX subsidiary. The train then moved north on the main, and backed into a siding on the west side of the main, where it tied up.

“Key to this investigation is learning why that was switch was lined that way,” Sumwalt said. “Because the expectation was that the [Silver Star] would be cleared [on the main line].”

Photos of the crash scene show the lead of two CSX locomotives virtually obliterated. The Amtrak locomotive is on its side. An Amfleet coach directly behind it is off the rails, and the fourth and fifth Amfleet coaches are jacknifed off the track. Sumwalt called the damage “catastrophic.”

Sumwalt said NTSB investigators, assisted by Federal Railroad Administration, and an FBI forensics team will be on the scene for about a week.

“Our goal is to not only find out what happened but why it happened, so we can prevent it from happening again,” Sumwalt said.

The collision at Cayce is southwest of Columbia, the South Carolina state capital. On this stretch of track, the Silver Star rides on CSX’s Columbia Subdivision, formerly the Seaboard Air Line main line.

In a statement on the Amtrak website, passenger railroad officials said that the Silver Star trains 91 and 92 will detour between Hamlet, N.C., and Savannah, Ga., until further notice. Officials say the Auto Train, Palmetto, and Silver Meteors are operating normally.