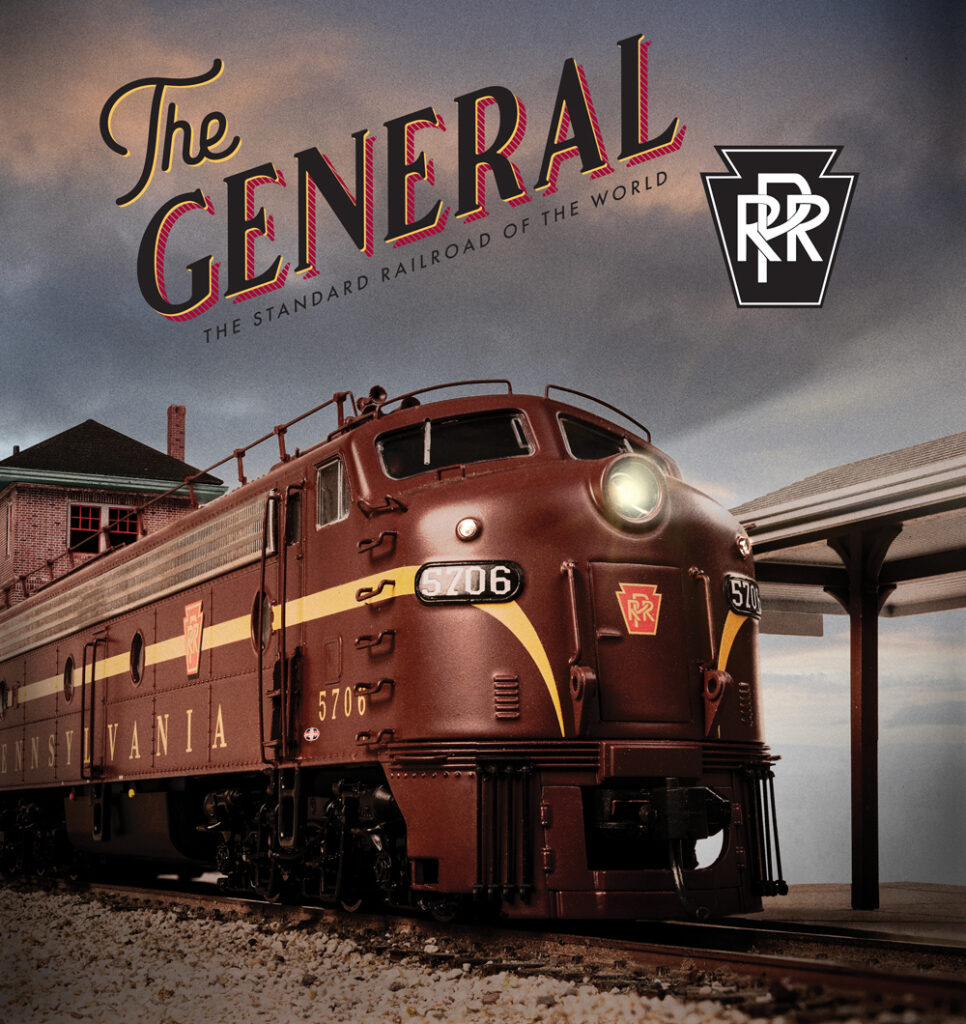 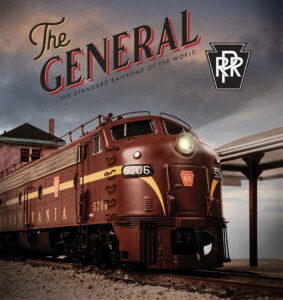 Wm. K. Walthers Inc. announced that Pennsylvania RR’s The General will be its next HO scale name train. The train, part of the WalthersProto line, will consist of 11 ready-to-run cars, including four available in plastic for the first time. The models will be offered in two versions: With factory-printed names or numbers as appropriate and with modeler-applied decals. Add-on cars with various features and different schemes will also be offered.

In addition to the individual cars, Walthers will be offering two 13-car Deluxe Edition passenger trains ($1,535) and a three-car Washington Section ($380), the latter based on the connecting train between Harrisburg and Washington, D.C. The Deluxe Edition cars have factory-printed names and numbers, light-emitting-diode lighting, and Preiser figures (approximately 130 in the 13-car sets and 30 in the Washington Section) as appropriate.

In conjunction with the release of The General, Walthers is offering three limited-run freight train sets based on PRR’s 1950s Merchandise Service. The sets, priced at $549.98 each and due out in December 2022, will consist of 12 all-new rebuilt WalthersProto X29B boxcars in the original scheme and an N6B wood cabin car.

The models in this product range are being made to order. Pre-orders are critical to production, and availability will be limited. Reservations are due by August 31, 2021 to guarantee availability.

To learn more about The General, visit walthers.com/thegeneral.

One thought on “Walthers announces next HO scale name train”