The hobby is an enjoyable, entertaining, rewarding experience that’s best shared with others 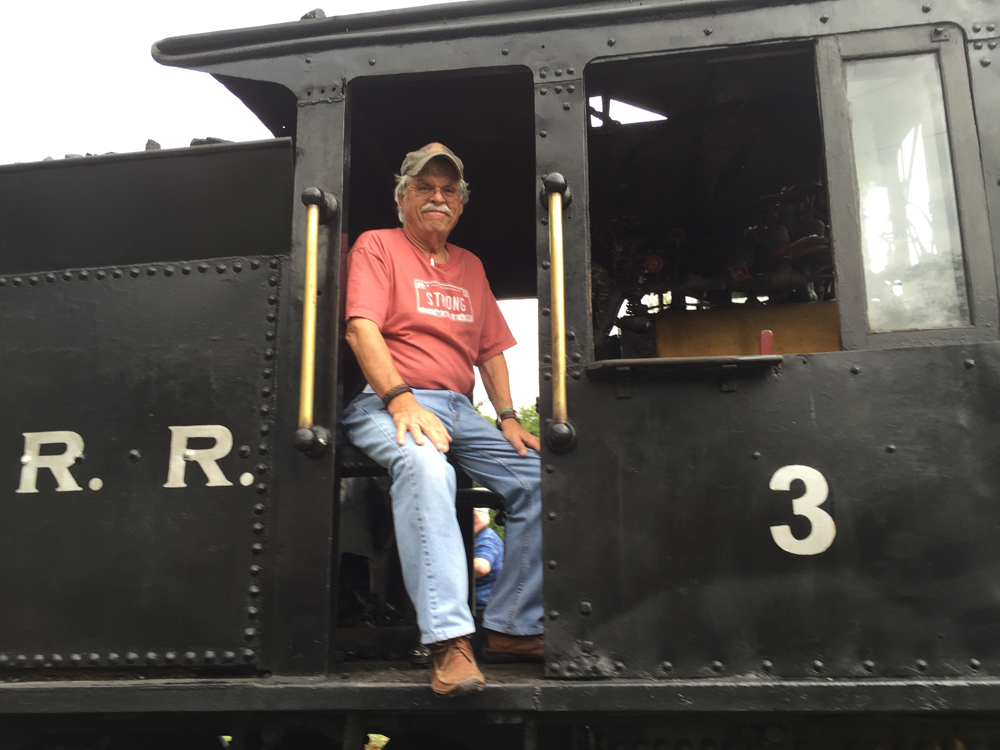 My first train set was a Lionel steam engine and freight car set my father brought home from his workplace. He was the manager of the “National Auto Store” in Saratoga Springs, New York. National Auto was a chain of (12 or so) stores in upstate New York, similar to Sears Roebuck. He was the manager of the Saratoga location for a number of years. A year or two later he brought home a (4’ by 8’) Lionel built display layout, because the store would throw away the display layouts after the Christmas holiday season! He set it up in our basement and I ran trains on it when I was about five years old up until I was eight when we moved to a new larger house.

That 4’ by 8’ piece of plywood later became the base for my first HO railroad, which I built in the basement of that new house when I was nine.

It has to be becoming a Contributing Editor to Model Railroader magazine. At 14 years old when I purchased my first copy of MR at a local newsstand and leafed through the pages, I dreamed of the day I could photograph my own railroad, hoping both my photography and layout would be good enough to end up on its pages. I always wanted to be able to build a miniature scene that would be so believable in a photograph someone looking at it would assume it was real. I never realized striving to achieve that goal would lead to a 40-year association with MR and eventually enable me to travel around the US and Canada living my dream while sharing it with my loving, supportive wife.

This makes me recall an incident I have always fondly remembered. One day, back in the 1990s while visiting the shop where my photo processing was done, (I shot in 35mm film at that time) one of the employees in the camera department was looking over some of my slides (of an HO scale Rutland RS locomotive I had taken on my home railroad) on a light table and (he was a bit of a wise guy) asked me, sarcastically, why I always bracketed my photos. It happened that there was another customer in the shop who looked at the photos and chimed in with the same question. I replied that, when shooting model railroads indoors, it was necessary to bracket them. The customer’s jaw dropped as he said, “You mean that’s a model?” I answered “yes,” and the whole air of the conversation changed in that moment!

Not switching to Maine two-foot gauge railroads (notably the SR&RL) as a prototype to model sooner than I did. Lynwood Moody’s The Maine Two Footers was the first hardcover non-fiction book I read from cover to cover! I still have the first edition (plus Bob Jones’ revised version) in my bookcase to this day. Although in retrospect one must remember that until Bachmann released their line of 0n30 locomotives and equipment it was more than a little difficult to model in either HOn2 or On2. After seeing one of their (DCC sound equipped) Forneys run, I decided the small error in track gauge was easily outweighed by the availability of track components and rolling stock.

[See a track plan of the author’s layout.]

[Watch a video of the author’s layout.]

Wiring, though if I could flip the layout over and do it standing up it might be a little more bearable.

I recently decided that one thing my model railroad photos lacked in realism was the smoke emitted from the stacks and cylinders of prototype steam engines. Thanks to my youngest son’s wife, who is a clothing designer in NYC and works with Adobe Photoshop daily, I received a quick course in Photoshop Elements and have been practicing adding smoke to many of my photos.
Cheryl and I are building a series of dioramas replicating real scenes on the prototype Sandy River Railroad (such as South Strong which will tentatively be in the April 2022 issue of MR). Instead of using our 0n30 models we are going to feature some recently acquired 0n2 equipment consisting of models of actual SR&RL passenger cars (coach no. 18 combine no. 15) and caboose no. 556. We will also include a brass model of SR&RL 2-6-2 no. 18 often seen in photos of the prototype SR&RL. I wanted to get back to hand laying ties and rail, and this gave me the chance to do so.

As I said in six (actually five) words above, enjoy the hobby. It is an enjoyable, rewarding hobby in which you can use the talents you already have while developing new ones. I have made our model railroad a platform upon which to improve not only my modeling, but also my photography skills.

Pick a prototype and period to model, it helps you to focus and the research can be as much fun as the modeling. For example, we model the mid 30’s in the agricultural Northeast. I spent hours researching farm tractors of the period, learning about the different makes and models that were in service at the time. Maine also had its share of industry. Strong was home to one of Forster’s toothpick mills, one of the main reasons the SR&RL existed. Maine, because of the growing conditions was, and still is, home to an abundance of White Birch trees. Through research, I found that White Birch is the wood used for toothpicks. In the early 20th century Forster’s supplied them to the world!

Try to share your interest in the hobby with others. I was a loner when I started but through my work for Model Railroader I was fortunate to meet hundreds of modelers, all of whom were willing to share their railroads, experiences, and knowledge with me with no reservations.

My wife has travelled with me for years on my photo shoots. She has been in charge of lighting and correlating the things the owner needs to do while we are shooting. About five years ago she decided to share her artistic creativeness and, in so doing, has become the SR&RL’s “Resident Arborist!”

There are many aspects of the hobby that make it an enjoyable, entertaining, rewarding experience. Sharing it with others only makes it more fun.