John Pryke was a frequent contributor to Model Railroader magazine 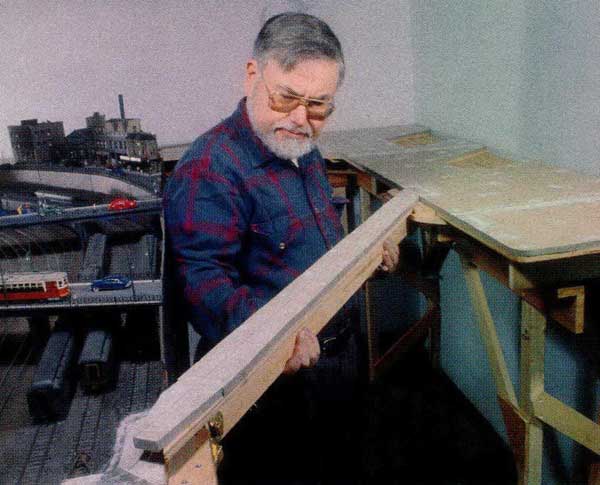 John was introduced to readers in 1965 when photos of his prize-winning New Haven RR 0-8-0 locomotive were published. John wrote more than 40 stories for Model Railroader magazine and its special issues on a broad range of subjects, from weathering steam locomotives to modeling a salt-water harbor. All were related to the HO scale New Haven layouts that John built.

Among the staff favorites were his four-part series in 2000 on building the Union Freight city switching layout, which was incorporated into two of John’s layouts. The Union Freight layout was also the basis of the Kalmbach book Building City Scenery for Your Model Railroad.