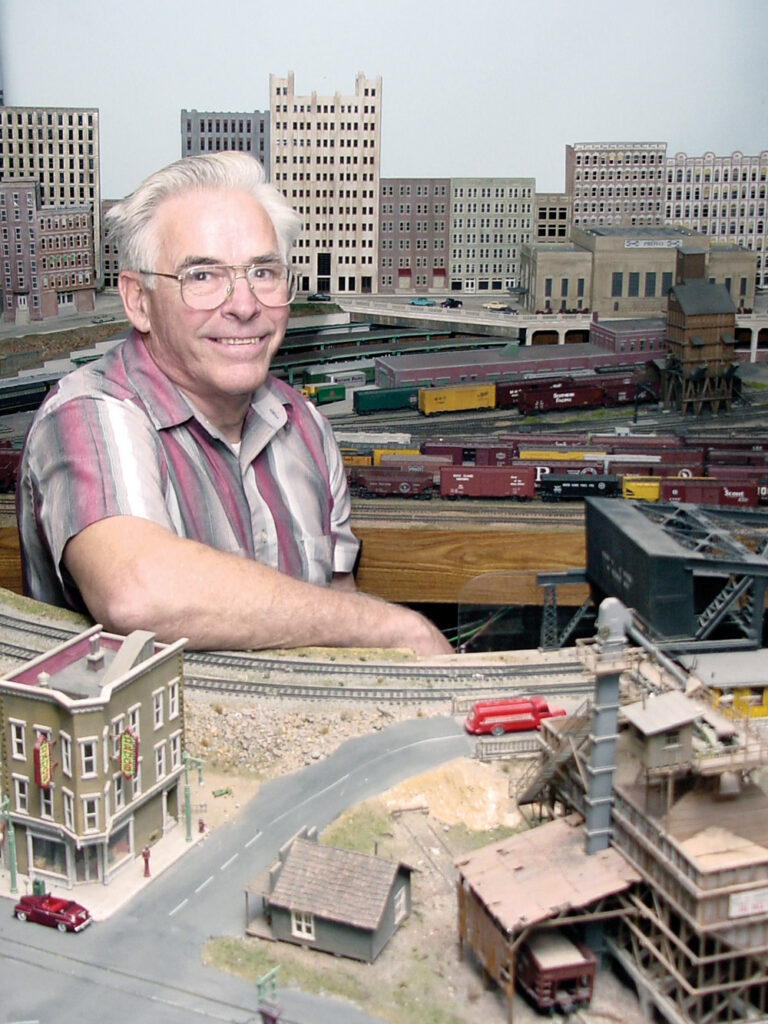 Gil’s layout was featured many times in the hobby press, including the July 1982, August 1995, and April 2003 issues of Model Railroader, as well as Great Model Railroads 1994. An accomplished model builder, Gil earned many awards at regional and national contests in the 1960s and ’70s. Gil became National Model Railroad Association (NMRA) Master Model Railroader no. 91 on May 10, 1981.

Peers recognized Gil for his dedication to the hobby. In the Lone Star Region, he was recipient of the Loeffker Service Award (1981) and President’s Award (2015). The NMRA presented Gil with the President’s Award for general promotion of model railroading (2003) and the inaugural Fellow Award (2007). Gil was a 50-year member of the NMRA.

3 thoughts on “In Memoriam: Gilbert (Gil) A. Freitag”