Home / Beginners / Ask Trains / Should sidings inside a reversing loop be their own wiring district? 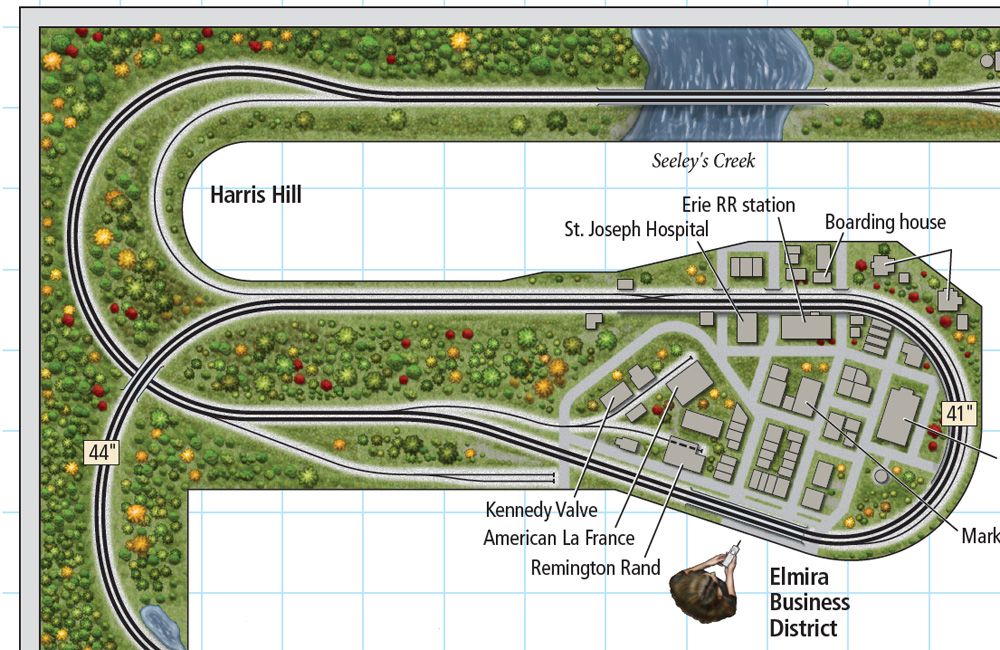 The best solution, I believe, is to wire these spurs as a contiguous part of the reversing section. That way, there will never be an issue with the polarity of track current as trains enter and exit these spurs. The reversing section only needs to flip polarity when trains exit the section and re-enter the main layout.

You might think a good solution to that problem is to put the spurs on their own auto-reversing circuit. But the problem with that is when a train passes from one such reversing district to another, both auto-reversing circuits detect the polarity mismatch, and both try to resolve it simultaneously. The result is an endless politeness fight, like those cartoon chipmunks stuck at a door saying, “After you.” “No, after YOU.” “No, I insist, after YOU.”

In general, you want to keep the number of places where a train can enter and leave a reversing section as low as possible to minimize the possibility of two locomotives entering or exiting the section simultaneously. Just wire everything inside the loop as a single reversing section to save you (and your auto-reversers) the headache.

For more on wiring your layout, check out Wiring Your Model Railroad by former MR columnist Larry Puckett.

One thought on “Should sidings inside a reversing loop be their own wiring district?”