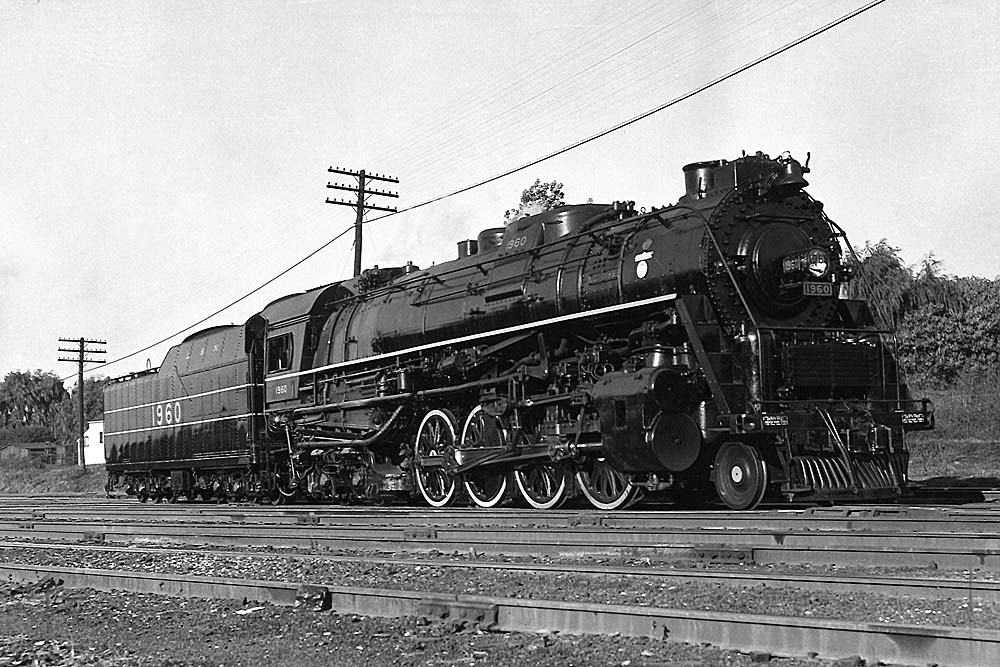 Perhaps no latter-day steam locomotive wheel arrangement matched the 2-8-4 for dual service, a term for overall efficiency across multiple assignments. Introduced in 1924 by Lima Locomotive Works as the first exponent of what it called “Super Power” — a promotional phrase to highlight enhance boiler capacity — the 2-8-4 quickly earned the nickname “Berkshire” from its initial demonstration in the Berkshire Mountains on New York Central’s Boston & Albany subsidiary.

The most famous Berkshires were on the Nickel Plate, which fielded 80 of the engines over the span of 15 years, 1934-1949, and made them the centerpiece of the railroad’s success as a bridge route. The heaviest were the 2-8-4s of Chesapeake & Ohio, which C&O called “Kanawhas,” weighing in at 469,680 pounds per locomotive. The most powerful as measured by tractive force (including boosters) was the Erie S-4 of 1929, rated at 85,000 pounds. The Erie also fielded the largest number of Berkshires: 105 engines.

Some of the finest 2-8-4s also were the most expensive 2-8-4s: Louisville & Nashville’s M-1s, a group of 42 powerful and ultra-modern locomotives delivered in two orders: 20 from Baldwin in 1942 and 1944, and 22 more from Lima in 1949. According to L&N historian Ron Flanary, the cost per engine on the last batch came in at $268,464, which, adjusted for inflation, today would be $3,320,094 per locomotive. “At the time,” says Flanary, “the normally super conservative L&N went for every conceivable bell and whistle on these engines (pun intended.)” The “Big Emmas,” as they were called, indeed were loaded: roller bearings on all axles, cast-steel frames, 12-wheel tenders, lightweight rods, Hanna H-4 stokers, high-speed booster engines, multiple-bearing crosshead guides, ball-and-socket spring rigging, and more.

The versality of L&N 2-8-4s was underscored nicely by writer and veteran L&N publicity man Charles B. Castner in an issue-length tribute to the engines in the December 1972 issue of Trains. Wrote Castner: “The M-1s were designed for and initially were assigned to tonnage coal service, but they also wheeled fast freight; rolled wartime heavy passenger trains over a mean operating profile; double-headed and even triple-headed with their sisters; shoved from the rear on three helper districts; and took in stride locals, work trains, and the wrecker. In their short lifetimes, the M-1s truly became engines for all seasons if not, alas, for all of L&N’s operating divisions.”

They might have been expensive, but L&N got its money’s worth. But not for long. Despite the engines’ legendary performance, the railroad couldn’t resist the tide of dieselization, and by the end of 1956 all the most expensive 2-8-4s had been retired, including the last of the type delivered by Lima in 1949. That made them only seven years old.

Despite their beloved status on the L&N, none were saved.