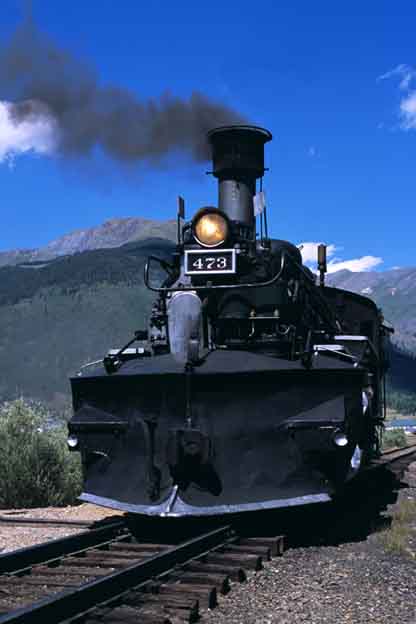 There are many reasons why I personally enjoy the K-28’s, some of which has to do with their rich history on the Rio Grande, and especially the San Juan passenger train and the Silverton Branch. The three surviving K-28’s also have the distinction of being the last steam locomotives ever operated on the Rio Grande’s watch, as well as the first operated by the Durango & Silverton.

Mechanically, the K-28s ride better than the bigger K-36’s due to the lower profile and placement of the trailing truck. The 473 is a delight to fire as it drafts very well and steams great, so between the smoother ride and good firing characteristics, it makes the 473 an easy day on the line. Having the air compressor on the front of the smokebox instead of along the running board not only makes them have the cool Alco appearance, but also gives you a better line of sight on the fireman’s side, as the running board is flat instead of rising up as on the other three K classes [K-27, 36, and 37].

As for running the K-28’s, the throttle and the brake stand are closer to you so you don’t spend the day leaning nearly as far forward as you would on the K-36’s. Although the K-36 is also a fine locomotive, I personally enjoy the 28’s better.