Test units from the beginning, this unique trio paved the way for the popular postwar Alco FA cab units 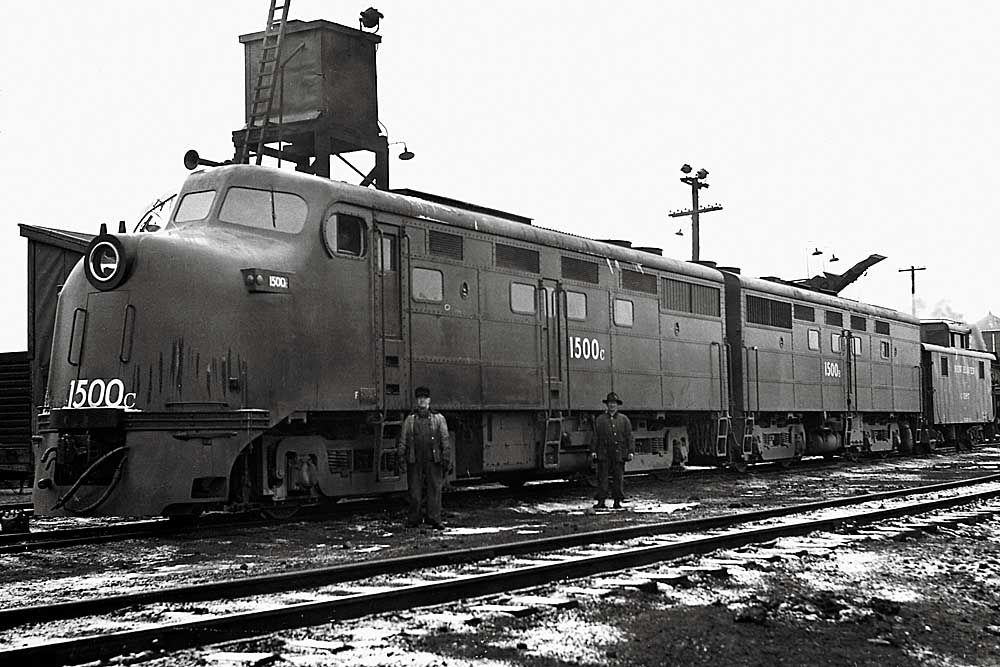 The Alco Black Marias, a trio of prototype cab units, were the builder’s initial attempt to enter the mainline diesel locomotive market after World War II.

The U.S.’s World War II War Production Board closely monitored the railroad locomotive builders and what they could and could not produce. Loosely, EMD was manufacturing mostly road locomotives like the FT, and Alco and Baldwin assigned to switcher assembly, usually in the 600 to 1,000 hp range. If a company wanted to go outside of those parameters, it had to get permission from to do so.

Alco did just that in 1943 asking to build a road diesel in preparation for the eventual cessation of hostilities and the eventual relaxation of rules allowing it to actively compete in the postwar economy. The government agreed and let the builder assemble a single 4,500 hp locomotive; in reality, three 1,500 hp units. Approved in late 1944 it left the shops in early 1945 in an A-B-A configuration with the experimental four-stroke Model 241 prime mover. The builder’s ledger indicated the two A units were DL-202 and the cabless unit between them as DL-203. Somewhere along the way they picked up the named Black Maria, fitting for their all-black paint scheme. They resembled a cut-down four-axle version of the company’s DL109 six-axle passenger units.

Designed for both freight and passenger service, while the three units, 1500A, B, and C, sired no offspring, the information gained from their real-world operation would be used to create the much more successful FA and FB four-axle freight cab units which debuted after the war. The data gathered with the 241 was incorporated into the later model 244 that would serve not only in the FAs, but the builder’s passenger PA and PB units, and various four- and six-axle road-switchers.

While the units were on the road testing, the Schenectady, New York builder kept them tethered pretty close to home, with test runs on the New York Central; Delaware & Hudson; Bangor & Aroostook, and the New York, New Haven & Hartford. After Alco felt it had gained all the data it could from Black Maria’s sojourns, they returned home. No orders were forthcoming, and none were really expected. Word that Alco was already working on the newer 244 power plant had prospective new locomotive buyers biding their time until it became available. The black units were stored at Alco until 1947 when they were summarily scrapped.

Photographs of the Alco Black Maria are exceedingly rare, not for fan lack of interest but mitigating factors including they were all black, there was no fanfare from the builder, and lineside photography during the war could get you in trouble with the government. It was a different time and a different mindset.

Nonetheless, Black Maria was not the failure that at first blush it seems to be. Rather, Alco gained valuable insight on what its engineers had to do to enter the post WWII market as a viable competitor. And for many years, the builder did just that.

One thought on “Diesels That Didn’t – Alco Black Marias”