Reflecting on the myriad of single locomotive orders of days past 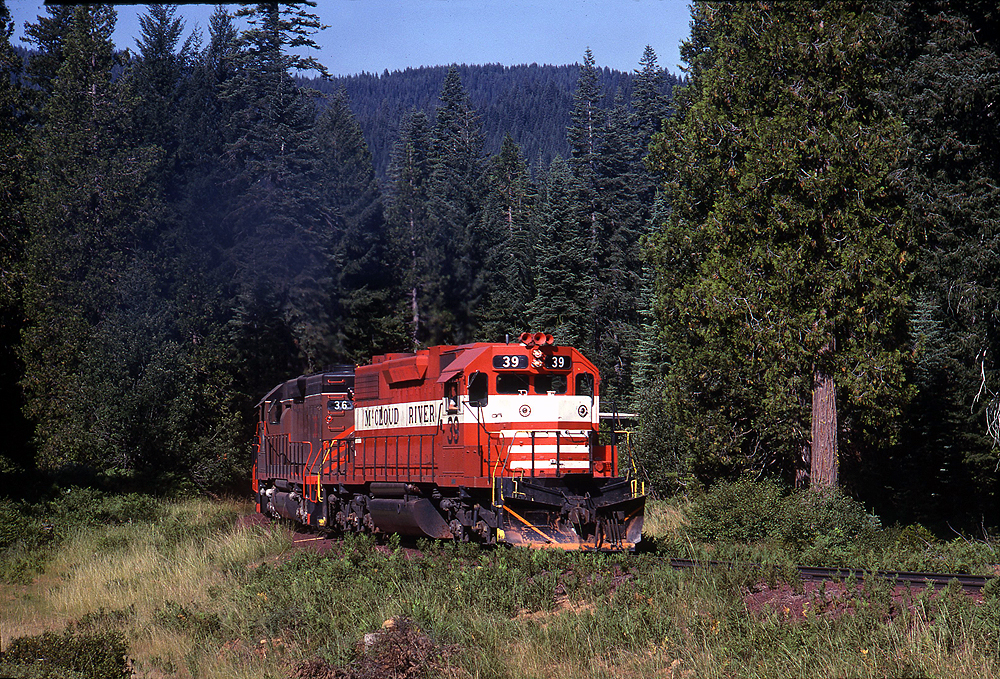 Diesel locomotive single order units: In the modern era, locomotive orders are typically measured in the dozens, hundreds, or even thousands of units. But orders early in the dieselization of North American railroad would often come in much smaller quantities, down to a single unit. It was commonplace decades ago when customers were more plentiful and builders were more willing to cater to their needs. While all builders accommodated single-unit orders, this story focuses on single-unit orders produced by Electro-Motive.

Why buy just one? That answer varies from a railroad sampling a new design to a need for only one locomotive at a small facility with a handful of tracks. Larger Class I railroads would sometimes purchase a single unit as wreck replacement for an existing locomotive no longer operable. Depending on timing, this may or may not be the same model that was destroyed on a railroads roster. For example, Chicago & North Western purchased a single SD40 No. 893 in late 1966 to replace GP35 No. 842 built two years earlier for the railroad. Often smaller railroads or industrial companies would purchase multiple single unit orders over several years to either spread out the cost or to purchase only when the power was needed.

Each locomotive a builder produces has a basic design with a simple set of features. From there, customers can customize to fit their individual needs, from minor changes such as a horn or bell relocation to major changes like a customized cab design such as the GP39-2s built with special high cabs for Kennecott Copper. Each change has additional costs to engineer the request into the base design and implement the change on the production floor. Single-unit orders had several options when purchasing. If a customer’s needs were basic, it could either buy the base model design or, if a similar order was being built for another customer, it could add the purchase to the end of that order, potentially accelerating delivery time. Savannah River Site (U.S. Department of Energy) ordered single unit EMD GP60 and GE B40-8 locomotives on the rear of Southern Pacific orders for each. For many customers, the need for specific options to suit their operations called for a custom designed locomotive, which EMD accommodated.

In the early days of diesel locomotive production, as steam was waning, it wasn’t uncommon for a railroad to sample a single unit to evaluate the new design offered by a builder. Some early examples include single-unit NW1 orders in the late 1930s for Great Northern and Chicago & North Western. Union Pacific also ordered a single E3A and E3B in the late 1930s for passenger service, numbering them LA-5 and LA-6, respectively.

As the transition from steam to diesel continued, orders started pouring in for EMDs popular early models, especially its four-axle covered wagons. The three most popular F unit designs were the FT, F3, and F7 models, but only the F3 garnered single-unit orders. Atlanta & St. Andrews Bay, which operated in Alabama and Florida, and Western Railway of Alabama each ordered a single F3 from EMD. Their six-axle cousin, the E unit, had single-unit orders as well, with Santa Fe and Union Pacific each ordering a single E3. Chicago, Burlington and Quincy subsidiaries Colorado & Southern and Fort Worth & Denver each had single-unit orders for the E5, with each receiving a single E5A and E5B locomotive. Spokane, Portland & Seattle acquired one E7 and Boston & Maine purchased a single E8.

As the industry transitioned into the hood unit era, railroads were buying EMD GP7 and GP9 models by the dozens, or even hundreds for some railroads. With the production lines burgeoning, EMD still took care of its smaller customers, with a handful of railroads only ordering a single locomotive. EMD built single-unit orders of its earliest models such as the GP7 for Aberdeen & Rockfish, Atlantic & East Carolina Railroad, Meridian & Bigbee, and St. Louis Southwestern. Other 567-powered hood units receiving single-unit orders included the GP18, GP30, and GP35. The GP18 sold to Aberdeen & Rockfish; Tennessee, Alabama & Georgia; and Toledo, Peoria & Western. Single GP30s went to Alaska Railroad and Toledo, Peoria & Western (see page 34). Individual GP35s sold to DeQueen & Eastern and Nickel Plate Road, the latter being a wreck replacement for NKP GP30 No. 507, which was destroyed in 1963. Six-axle 567s include single-unit SD7 orders for Central of Georgia, Kennecott Copper, and Nevada Northern. Soo Line ordered a single SD9, Atlantic Coast Line picked up one SDP35, and EMD built a single SD24 for Utah-based Kennecott Copper.

The 710-era of EMD production found the U.S. Department of Energy as a customer for one GP60 in 1991 and two separate single unit orders for Texas-Mexican Railway and would be the only single-unit orders EMD would field for this engine series as the four-axle design would slowly give way to almost exclusively six-axle purchases by large railroads for decades to come.

The locomotive design that garnered the most single-unit orders by far was EMD’s end-cab switcher design. While EMD and its predecessors weren’t first to market with this design, they quickly took over the industry in sales. The first locomotive produced at EMD’s new La Grange plant was Model SC No. 2301 for Santa Fe in May 1936. Over the next five years until the start of World War II, EMD would produce more than triple the number of yard engines produced by all other locomotive builders combined prior to EMD’s entry in the market in 1936. During the height of EMD’s locomotive production period following World War II, switcher production was shifted to EMD Plant 3 in Cleveland, Ohio, to enable La Grange to focus on its swelling road locomotive orders. In addition to overflow GP7 production, more than 2,000 switchers would be produced in Cleveland between 1948-1954 to help EMD keep up on orders during this period.

A majority of the more than three dozen switcher models EMC and EMD would produce had single-unit orders. These spanned from the SC model in the 1930s to the MP15T, the last end-cab switch engine built by EMD at La Grange in 1987. The most popular EMD models by volume were the NW2 and SW1200 locomotives, with each exceeding 1,000 units built. For each model, there were more than a dozen single-unit orders for various customers. EMD’s oddball NW5 featured an elongated frame, Blomberg trucks, and both a long and short hood, designed to house a steam generator inside for use on mixed trains or short passenger trains. The only single-unit order for the NW5 came from Southern Railway. Customers were wide and varied, from film maker Eastman Kodak’s order for a single MP15AC to Adolph Coors Brewery’s single unit SW1001 order. Thanks to short lines and private industries such as chemical companies, paper mills, river terminals, steel mills, power plants, EMD’s order books were full of solo locomotive purchases through the decades.

End-cab switcher sales for EMD would begin to slow down in the 1960s, though. Automation in yards would reduce the need for large quantities of switch engines, railroad mergers often meant excess power was available following consolidation, and purchases by railroads of new high-horsepower locomotives for mainline duties meant smaller first-generation locomotives would tumble to yard and switching duties. Excess power on Class I railroad rosters no doubt had an effect on single-unit sales, as unwanted first generation locomotives were far cheaper than a new locomotive for many smaller operators who may only use their locomotives occasionally or in light duty service. EMD’s ability to cater to its largest customers while still giving bit players in the industry the attention they deserve made for colorful and interesting times in the industry, giving observers plenty of variety to enjoy.