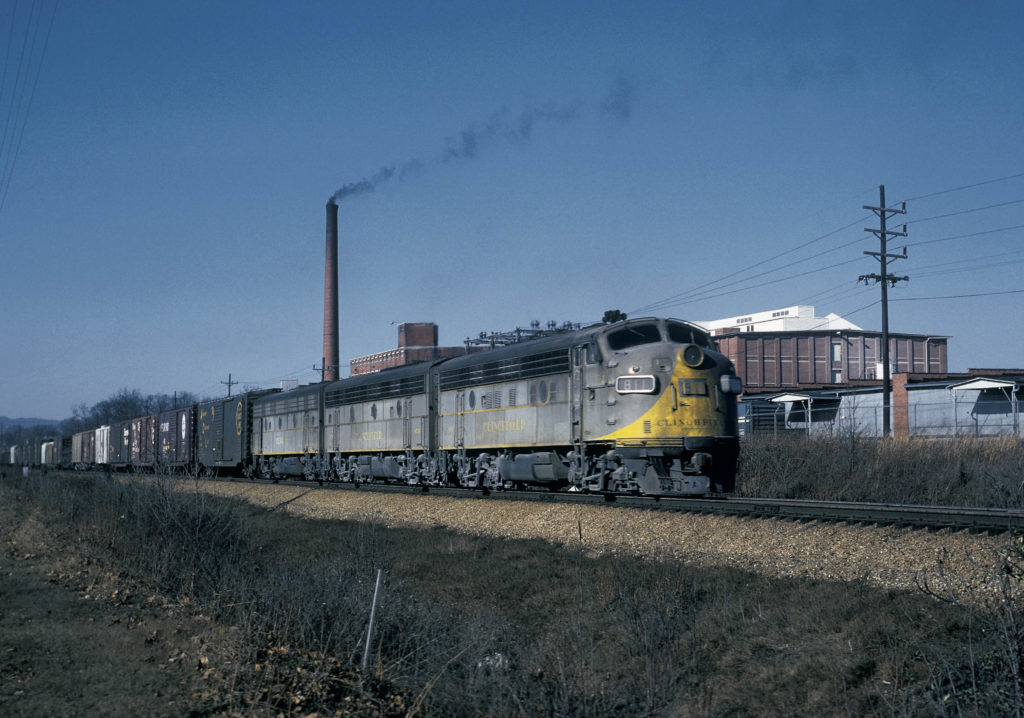 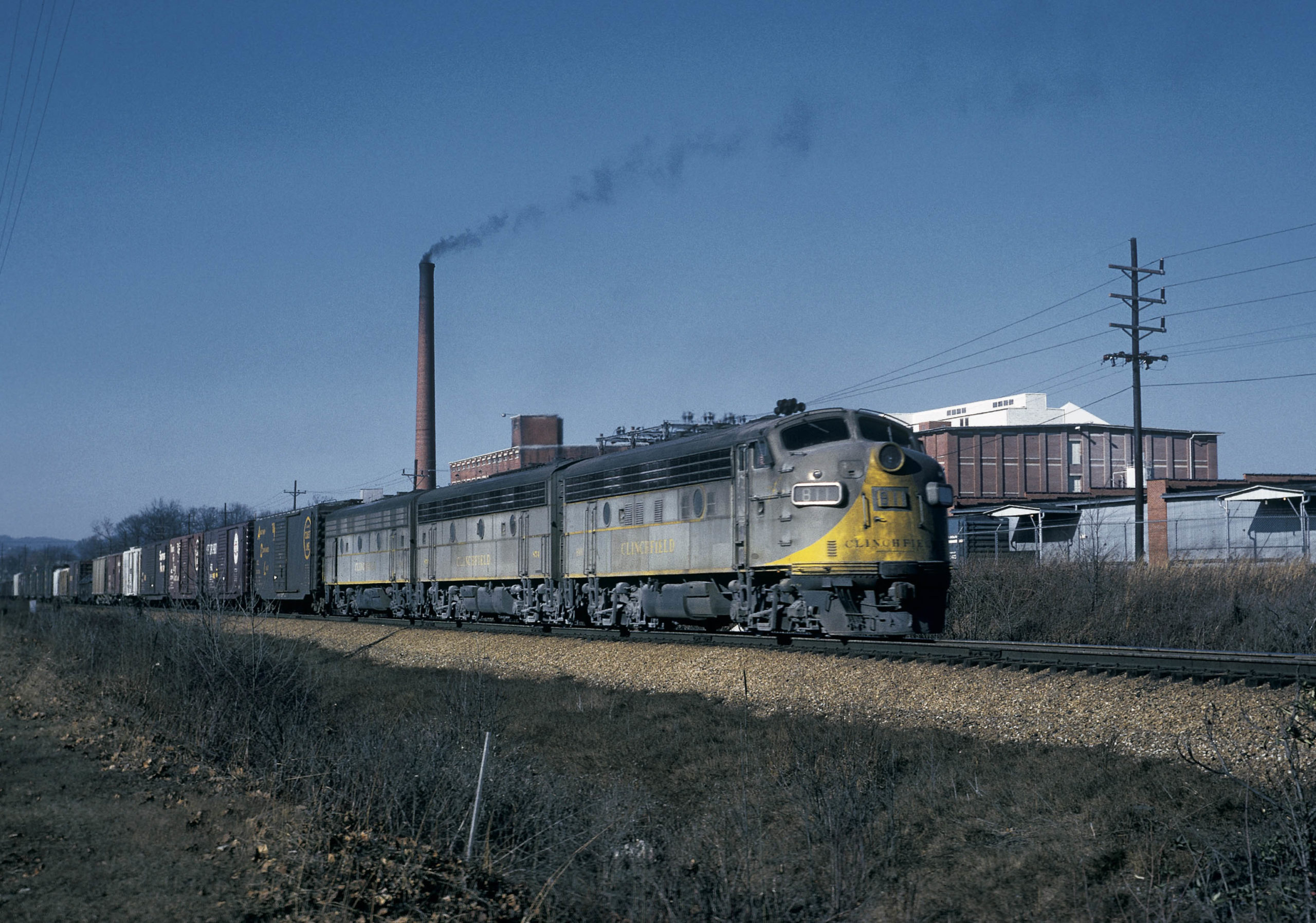 History and major events of the Clinchfield Railroad
The Clinchfield was different. It was conceived by men who had the vision and resources to do things right. It was built to the highest engineering standards of the early 20th century. It never went through a financial failure or reorganization. Indeed, the Carolina, Clinchfield & Ohio Railway was the antithesis of traditional railroad evolution.

In 1902, a wealthy regional businessman, George L. Carter, began stitching together an integrated industrial enterprise to develop vast coal deposits in the Clinch (River) Fields of southwest Virginia and to deliver the coal across the southern Appalachian mountains to markets in the Carolinas and to ships calling at Wilmington, Charleston, Savannah, and Jacksonville. Carter, from whom Howard Hughes could have learned a thing to two about secrecy, operated using the South & Western Railway banner. The name said everything … and nothing. The S&W was chartered from any point on the Atlantic Ocean to any point on the Great Lakes. Carter agents seized by legal means and/or physical occupation key terrain features through the mountains in competition with the Chesapeake & Ohio and the Southern Railway.

Linking Midwest and Southeast
Within that generous charter was the idea of building a railroad to haul coal south and merchandise in both directions between the Midwest and the Southeast. The plans also incorporated development of several on-line cities to consume coal and make products from regional resources to diversify and grow the freight business. Finally, a steamship line was organized to move coal beyond the ports to customers in the Caribbean.

By 1905, Carter realized he needed far more capital than he could personally provide. Reluctantly, he managed to convince Blair & Co., a big Wall Street investment house, to finance the project. M. J. Caples, an engineer with mining and railroad experience, laid out and then built a magnificent low-grade, high-capacity railroad. Tunnels, steel viaducts, generous fills, and rocky cuts appeared as needed. More than 4 percent (almost 10 miles) of the line was underground in 55 tunnels. With construction of the 277-mile railroad well advanced, its name was changed to Carolina, Clinchfield & Ohio Railway in 1908.

Coal began flowing across the 242 miles from Dante, Va., to Spartanburg, South Carolina, in 1909 while the owners and engineers debated how to cross the Cumberland mountains into the Ohio River valley. Between 1912 and 1915, a 35-mile extension including what was then the 10th-longest tunnel in the U.S. created a through route connecting Chesapeake & Ohio at Elkhorn City, Kentucky, with the three major southeastern carriers (Seaboard at Bostic, North Carolina; Atlantic Coast Line and Southern at Spartanburg). In constant-value dollars, the five-state CC&O was the most expensive railroad ever built in the U.S. 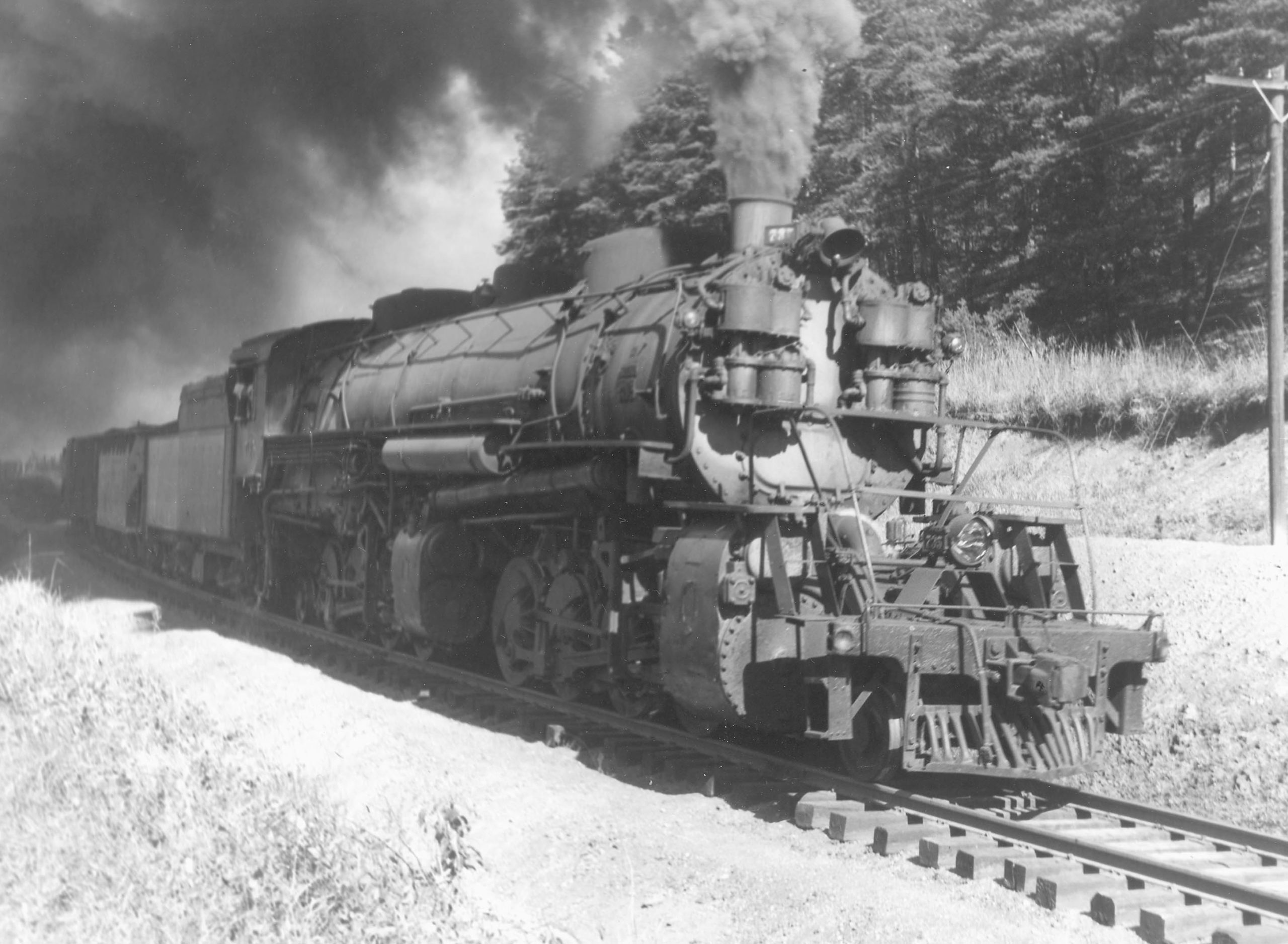 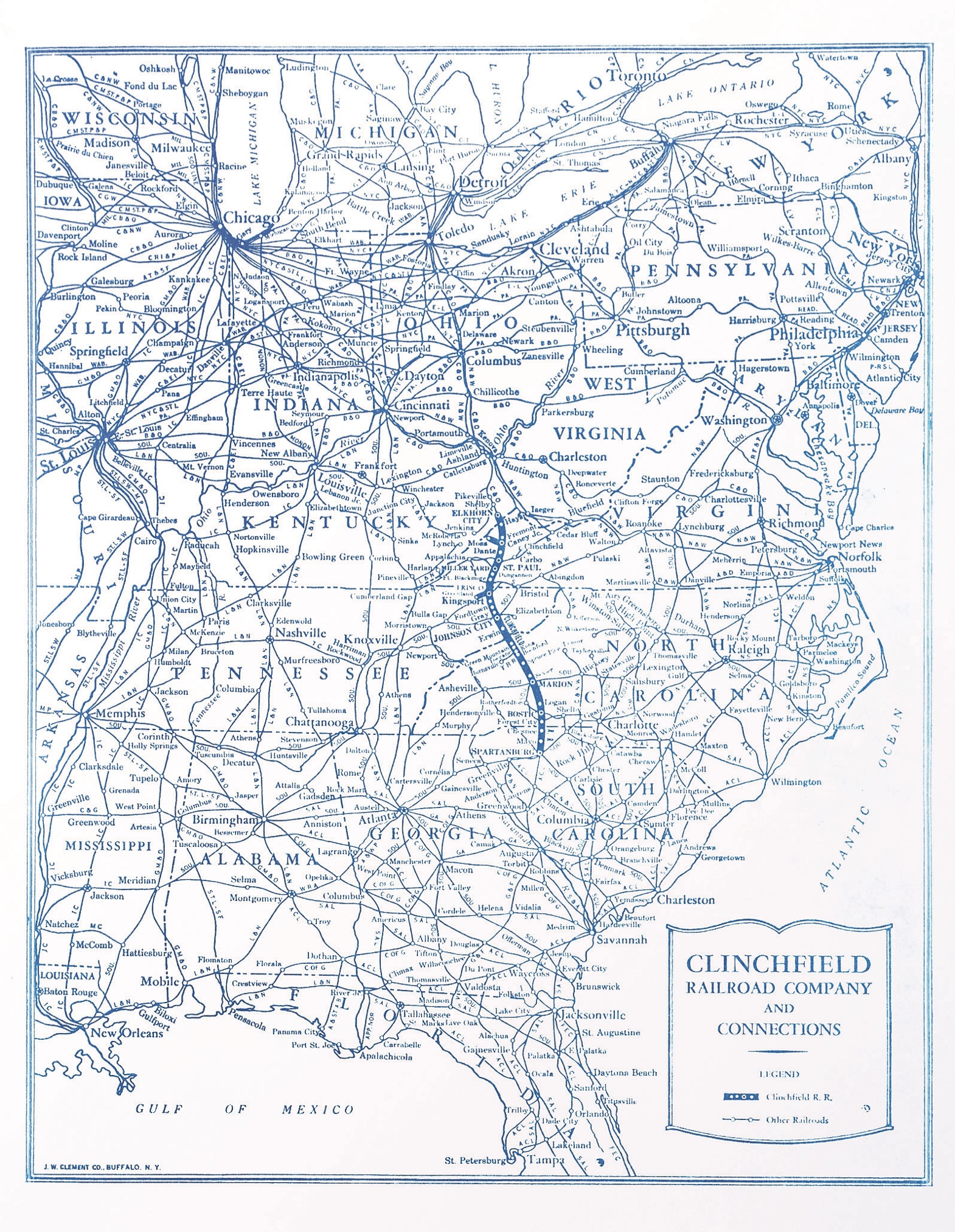 Devoted to articulateds
The CC&O was an early and devoted user of the Mallet steam locomotive, acquiring its first one in 1909. It evolved into nine classes of articulateds including 18 high-speed simple 4-6-6-4s. More than half of Clinchfield’s steam locomotives were articulateds. The road also adopted all-steel cars from the start and immediately began setting industry records for average tonnage per freight-train-mile. Axle loadings were never a problem.

Industrial agents, supported by the financial muscle of Blair & Co., attracted and financed many firms who located on the line. Kingsport, Tennessee, was the crown jewel of this effort. In 1909 it was a group of farms owned first by George L. Carter and then Blair interests. Twenty years later, Kingsport hosted a cement plant, brick plant, paper mill, one of the largest printers in America, a glass manufacturer, and a textile mill. They all used coal. But Tennessee Eastman Corp. dwarfed the other industries with its methanol and cellulose acetate plant making safety film base for Eastman Kodak. Eastman also operated a sawmill on-site, supported by a 26-mile timber railroad and numerous wood-loading sites along the Clinchfield. At Kingsport alone, the railroad handled more than 150 loads a day.

In 1923, Blair & Co. decided to dissolve and dispose of its assets. In a surprising development, the Clinchfield was leased jointly to Atlantic Coast LIne and its controlled affiliate, Louisville & Nashville, for 999 years. The new operators took control in 1925 and set up the Clinchfield Railroad Co., an unincorporated entity, to manage the CC&O for their benefit. The operating staff was retained, and the general manager, L. H. Phetteplace, became the senior on-site official. A key provision of the lease required CC&O be operated as a separate, free-standing company with open competitive traffic policies. This was an Interstate Commerce Commission sop to the Seaboard Air Line and Southern Railway, which had opposed the lease.

The Coast Line took a keen interest in agricultural development in Florida and soon was effectively promoting perishable service via the Clinchfield into the Midwest. Train 97 was the premier northbound service and evolved into a solid “yellow train” of refrigerator cars hauling citrus products, vegetables, melons, and sugar to hungry people in Columbus, Ohio; Chicago, Cleveland; Toledo, Ohio; Detroit, and Toronto, Ontario. In the off-perishable season, 97 filled out with phosphate loads from the Bone Valley around Tampa, Florida. Chesapeake & Ohio expedited its passage north of Elkhorn City, swelling business at what became the largest interchange point on the entire C&O, as it and Clinchfield exchanged four merchandise trains every day plus upwards of 200 coal loads.

Depression and deferred maintenance
Clinchfield weathered the depression but accumulated a lot of deferred maintenance. It was not until 1937 that new rolling stock arrived, the first to carry CRR reporting marks. During 1939 to 1941, traffic finally rebounded, permitting track improvements and more equipment modernization. Then the onslaught of World War II taxed its facilities, as several hundred employees were drafted. In contrast to the period after World War I, traffic did not dip with peace but accelerated in all commodities. Four new Challengers (Alco’s last articulateds) and six similar Union Pacific-designed 4-6-6-4s were hastily acquired to handle the growth.

CRR, of course, had a close relationship with coal-mining interests. Nevertheless, in December 1948, partially spurred by repeated coal-miner strikes, it ordered three 4,500-horsepower, A-B-A sets of EMD F units for the four daily manifest trains. Their arrival cascaded the newer 4-6-6-4s down into service on coal trains and second manifest sections, allowing retirement of the 1919 Mallets.

By 1950, those hardy souls who built and stayed to run the CC&O were senior citizens. New blood was steadily arriving, both family members and outsiders. ACL sent a promising young manager, William H. “Bill” Kendall, from Wilmington, North Carolina, headquarters to take over from the home guard. He came with a blank check to wring every dollar of deferred maintenance out of the road and make it state-of-the-art. In a brief four years, he did exactly that, dieselizing the property, completing a centralized traffic control project over the entire main line, exiting the nominal passenger business, relaying track with 132-pound rail, mechanizing trackwork, rebuilding yards, extending passing tracks, modernizing the locomotive and car shops, energizing the sales department, replacing World War I cars, and so on. He worked quickly and effectively. In late 1954 he was promoted to a senior position on L&N and quickly became its president.

Kendall was followed on the Clinchfield by a series of high-potential managers at the Erwin offices. The next three achieved senior vice president positions within ACL successor Family Lines. Then in 1968 came T.D. Moore, a different kind of manager. Tom Moore was a proponent of the “damn the torpedoes, full speed ahead” style of management, as practiced by Southern Railway’s D.W. Brosnan, tempered by a public-relations flair. Moore is remembered on and beyond the Clinchfield for three significant events.

Early in his tenure he discovered not only the spectacular scenery along his railroad but also an 86-year-old steam locomotive stored at the shops. He quickly organized an excursion program and for 10 years raised the company’s public profile nationwide by running “the One Spot” on the point of the “Clinchfield Special” on dozens of excursions each year. 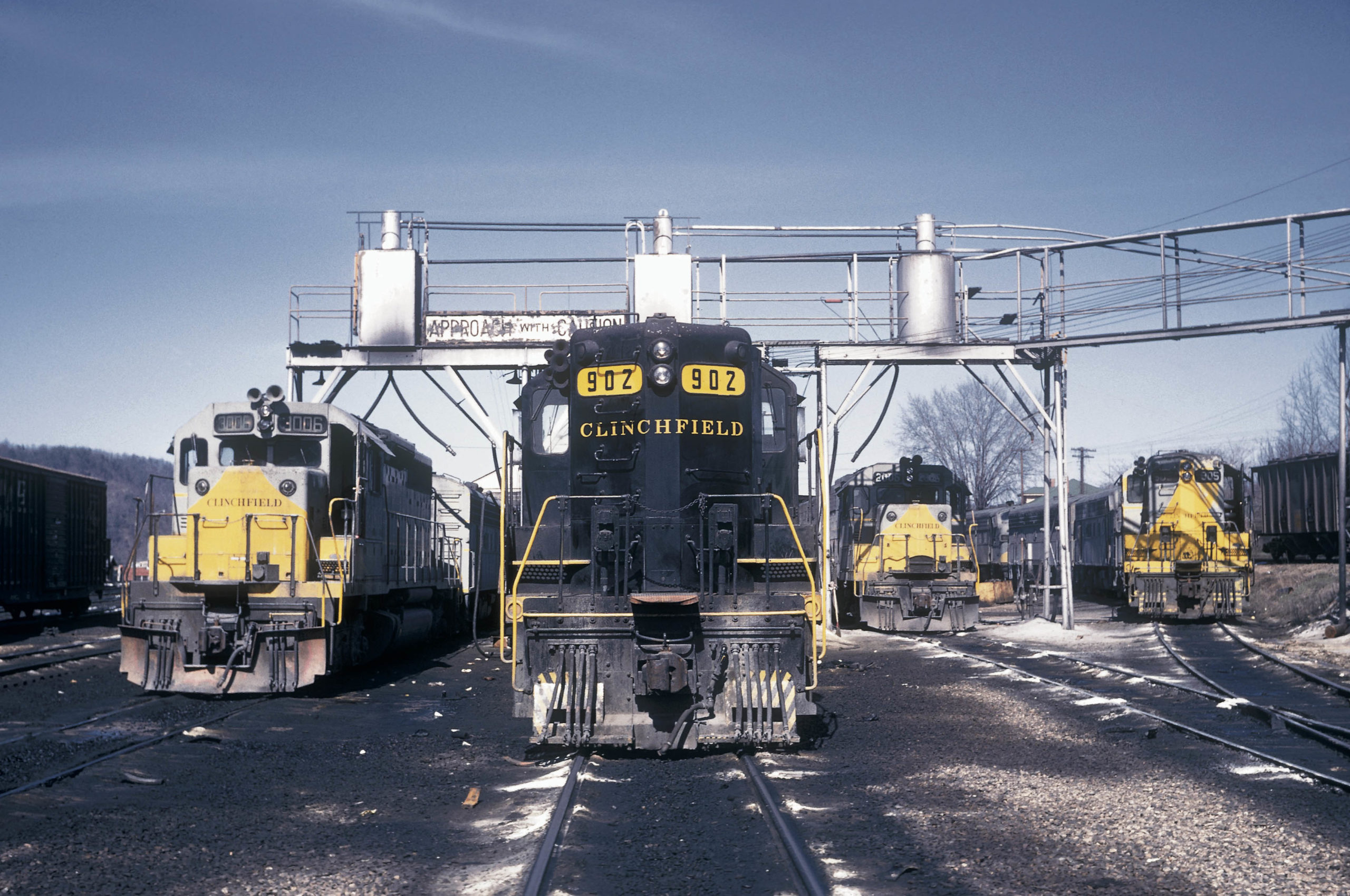 Johnson City bypass
Of greater economic impact was the High Line, a 9-mile, low-grade bypass around Johnson City, Tennessee. Implementing an idea that had been around since 1907, Moore determinedly pushed through its construction in 1969 and 1970, shortening the main line by 3 miles and eliminating pusher locomotives on all southbound coal trains from Kingsport to Erwin. Concurrently, he sponsored construction of a 7-mile coalfields branch incorporated as the Haysi Railroad to reach fresh coal deposits in Virginia.

With annual revenue of $40 million, the Clinchfield was routinely transferring $1 million a month to its parents as coal business boomed in the 1970s and the modern facilities, plus a fleet of second-generation GP38 and SD40, 40-2, and 45 diesels, enhanced the record-low operating ratio. Clinchfield was one of the few “revenue adequate” railroads in the country, according to the Interstate Commerce Commission.

But all was not well with Clinchfield management. In a stunning development, Executive Vice President Moore and two immediate subordinates were summarily fired and subsequently convicted of embezzlement and income-tax evasion. It was the beginning of the end.

With a superintendent instead of an executive vice president, the Clinchfield was integrated quickly into the package of SCL, L&N, and Georgia/West Point Route and operated as a division, a direct violation of the lease provisions. Clinchfield’s independence vanished with the departure of Tom Moore, and its company name disappeared into the Family Lines System on Jan. 1, 1983.

4 thoughts on “Remembering the Clinchfield Railroad” 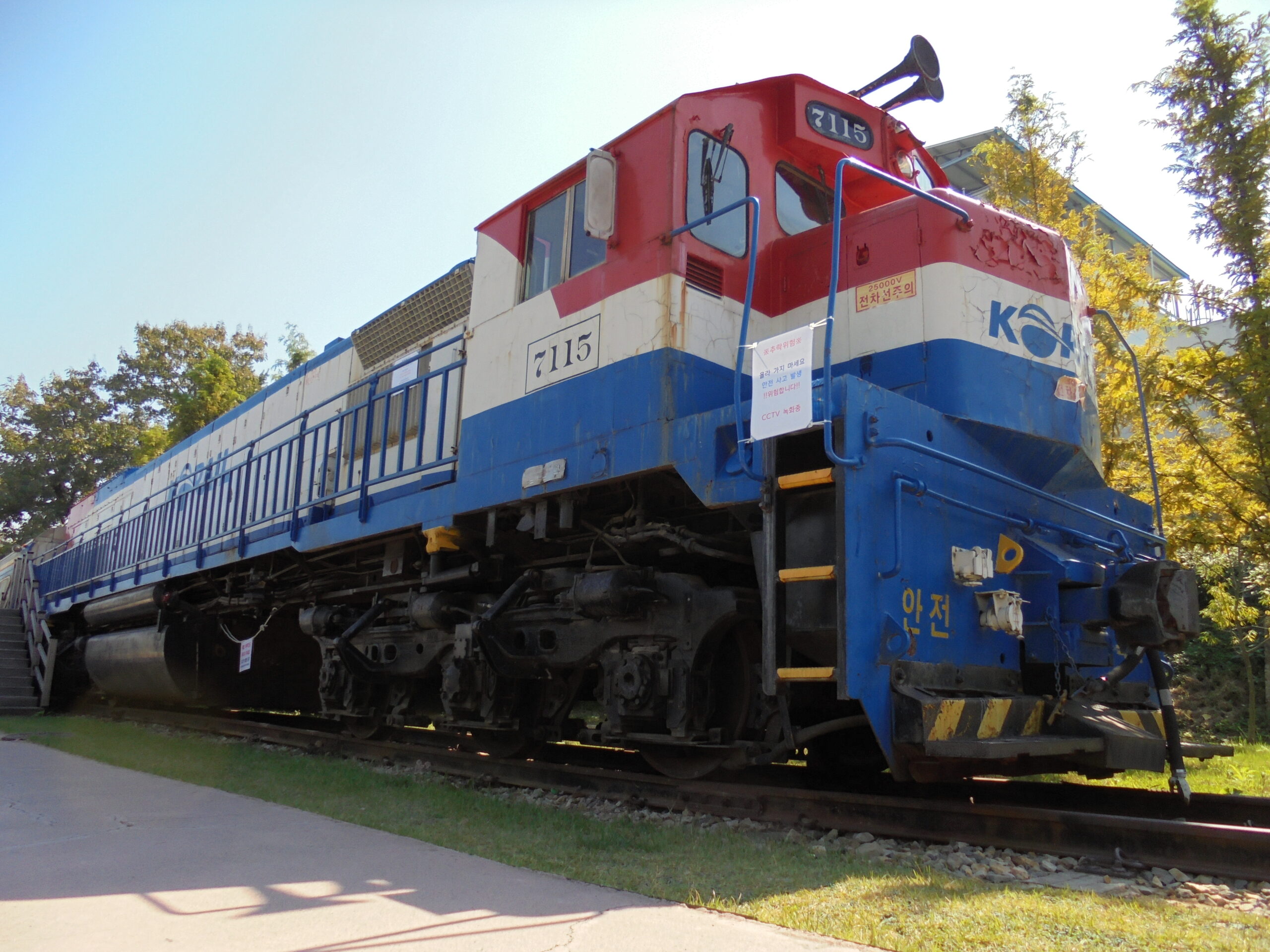 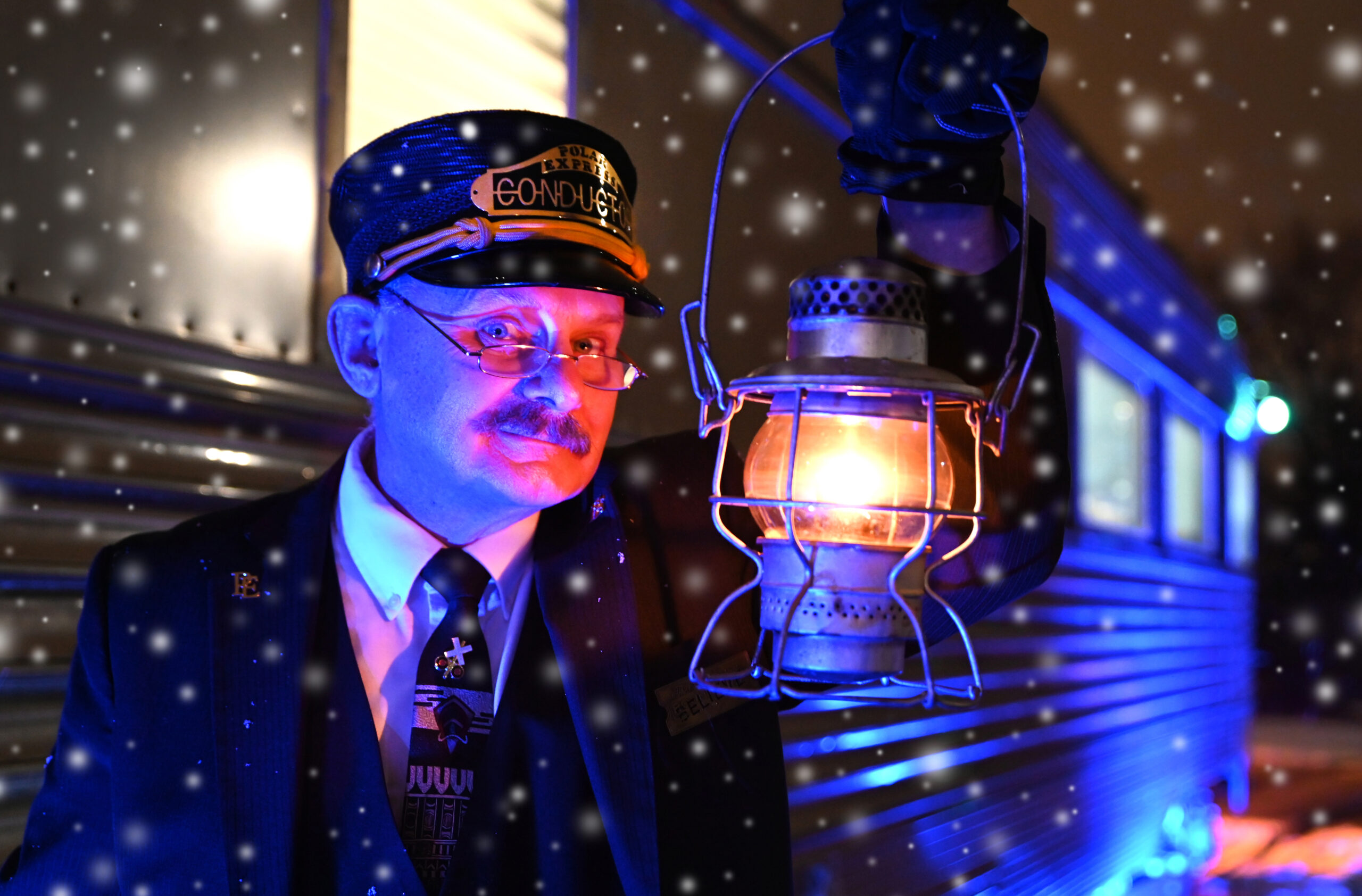 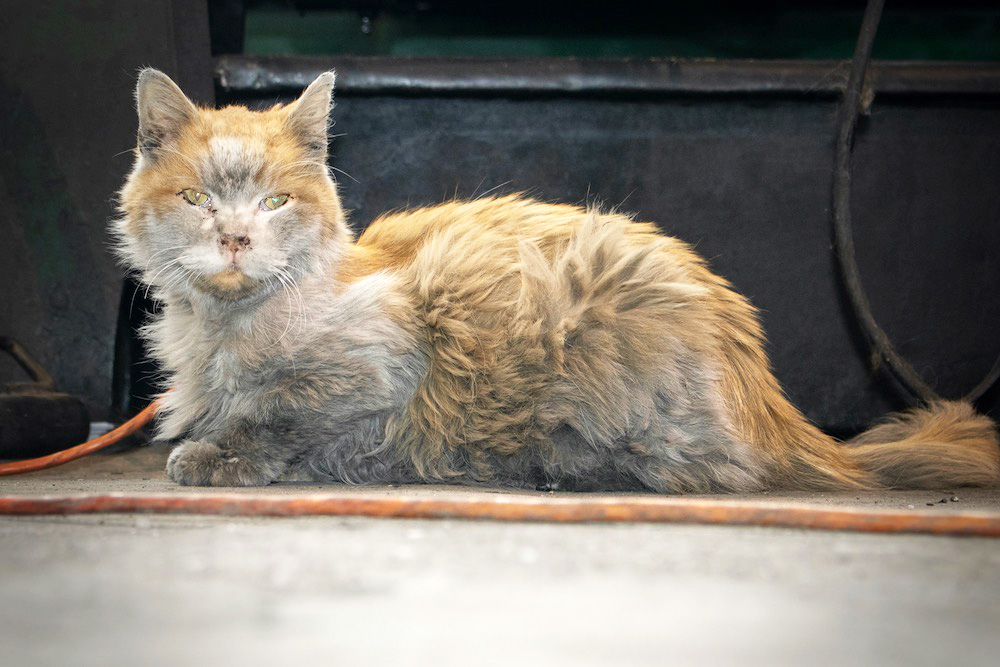