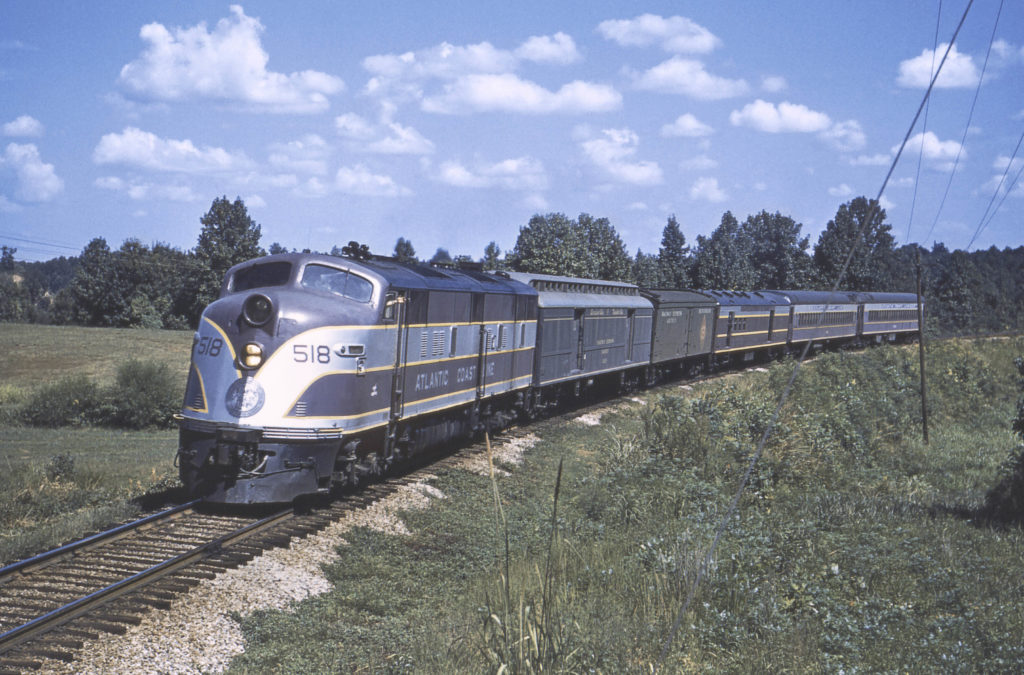 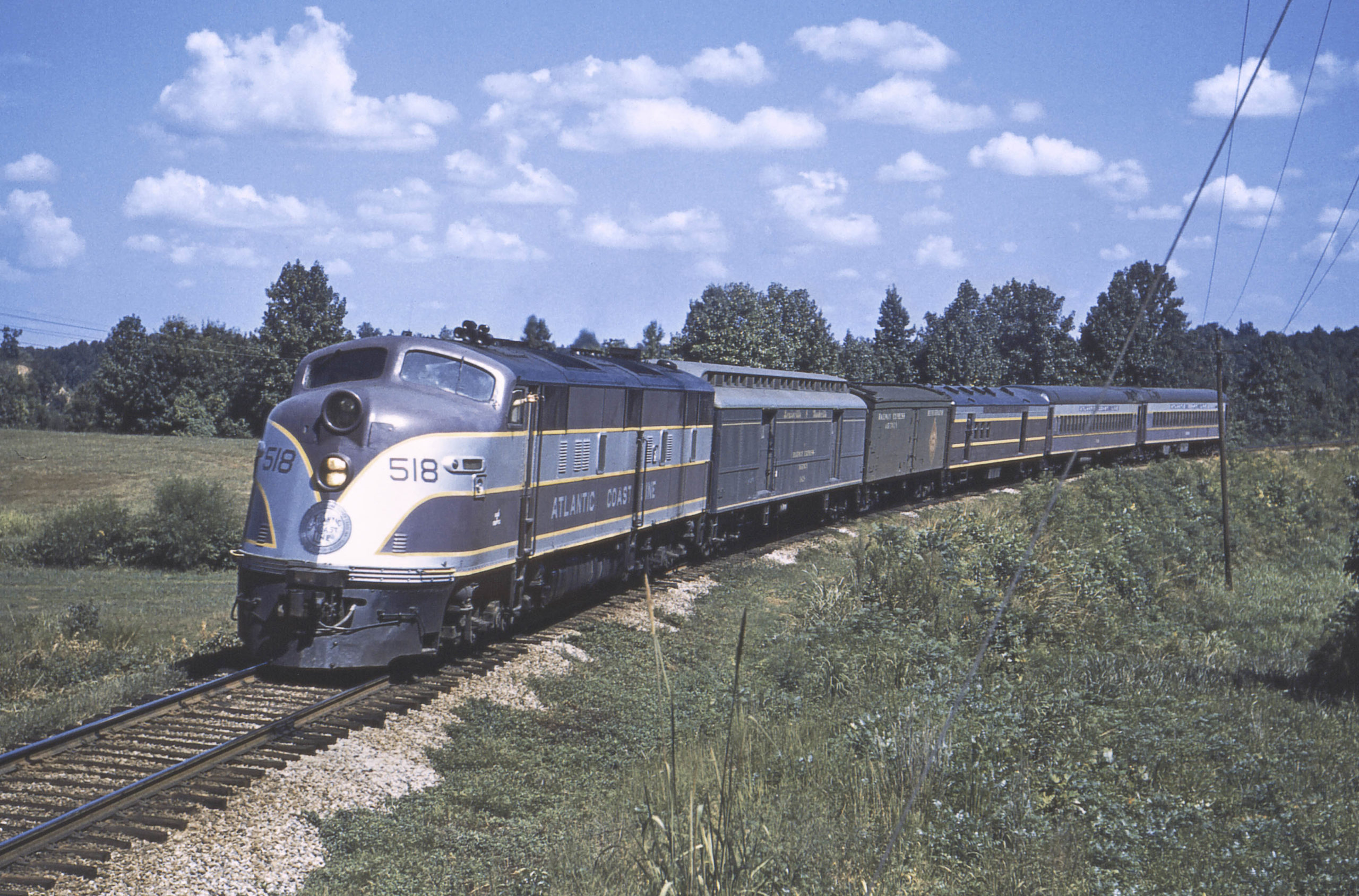 The Atlantic Coast Line Railroad was true to its name: it linked an important string of coastal cities between Richmond, Va., and Florida, paralleling the Atlantic Ocean along the way. Its major traffic flows were north-south along the seaboard, and its New York to Florida passenger trains were widely known and heavily patronized for nine decades. But Atlantic Coast Line was also a major railroad holding company, and its “family” of lines stretched to Cincinnati, St. Louis, Memphis, and New Orleans.

This large, powerful system was one of several in the Southeast formed in the late 1800s. Like its rivals Southern Railway and Seaboard Air Line, Atlantic Coast Line was a creation of northern financiers who first wove together formerly separate companies through financial control, then merged them into one entity. Although ACL’s earliest predecessors dated to 1830 in Virginia (Petersburg Railroad) and 1834 in North Carolina (Wilmington & Weldon), not until after the American Civil War did real interest surface in forming a single north-south system. Baltimore bankers Benjamin F. Newcomer and William T. Walters began buying railroads that formed a route from Richmond to Charleston, S.C., with branches to the Atlantic on the east and Augusta, Ga., on the west. As early as 1871, advertisements began to appear labeling the combined route “the Atlantic Coast Line.”

After three decades of common ownership and coordinated operations, most of the predecessors were brought together under one entity, Atlantic Coast Line Railroad Co., on April 23, 1900. (The 343-mile Charleston & Western Carolina, controlled after 1897, wasn’t merged into Atlantic Coast Line until 1959, along with 75-mile neighbor Columbia, Newberry & Laurens.) The new Atlantic Coast Line was financially robust from the beginning, and soon had taken control (through majority stock ownership) of the Louisville & Nashville, which stretched from the Ohio River and St. Louis to Atlanta and New Orleans. L&N, in turn, controlled the Nashville, Chattanooga & St. Louis, which ran from Atlanta to Memphis via Nashville. Linking L&N at Atlanta and Atlantic Coast Line at Augusta was another acquisition, the Georgia Railroad. Atlantic Coast Line and L&N jointly leased the “Georgia Road” and its affiliated companies, Atlanta & West Point and Western Railway of Alabama. Atlantic Coast Line essentially finished its route map with its 1902 purchase of the Plant System, reaching from Charleston, S.C., south to Jacksonville and Tampa, Fla., and west to Montgomery, Ala.

The Plant System provided the Coast Line with a well-located main line from Richmond to Florida. Merchandise, forest products, and Florida produce flowed rapidly along, augmented by sand and a growing volume of phosphate. For northeast Florida passengers, ACL was the route of choice. As early as 1888, Atlantic Coast Line gained notice with its seasonal Florida Special, advertised as the first New York–Miami all-Pullman flyer. Although Atlantic Coast Line never reached Miami, it established an early relationship with the Florida East Coast to forward its trains south from Jacksonville. 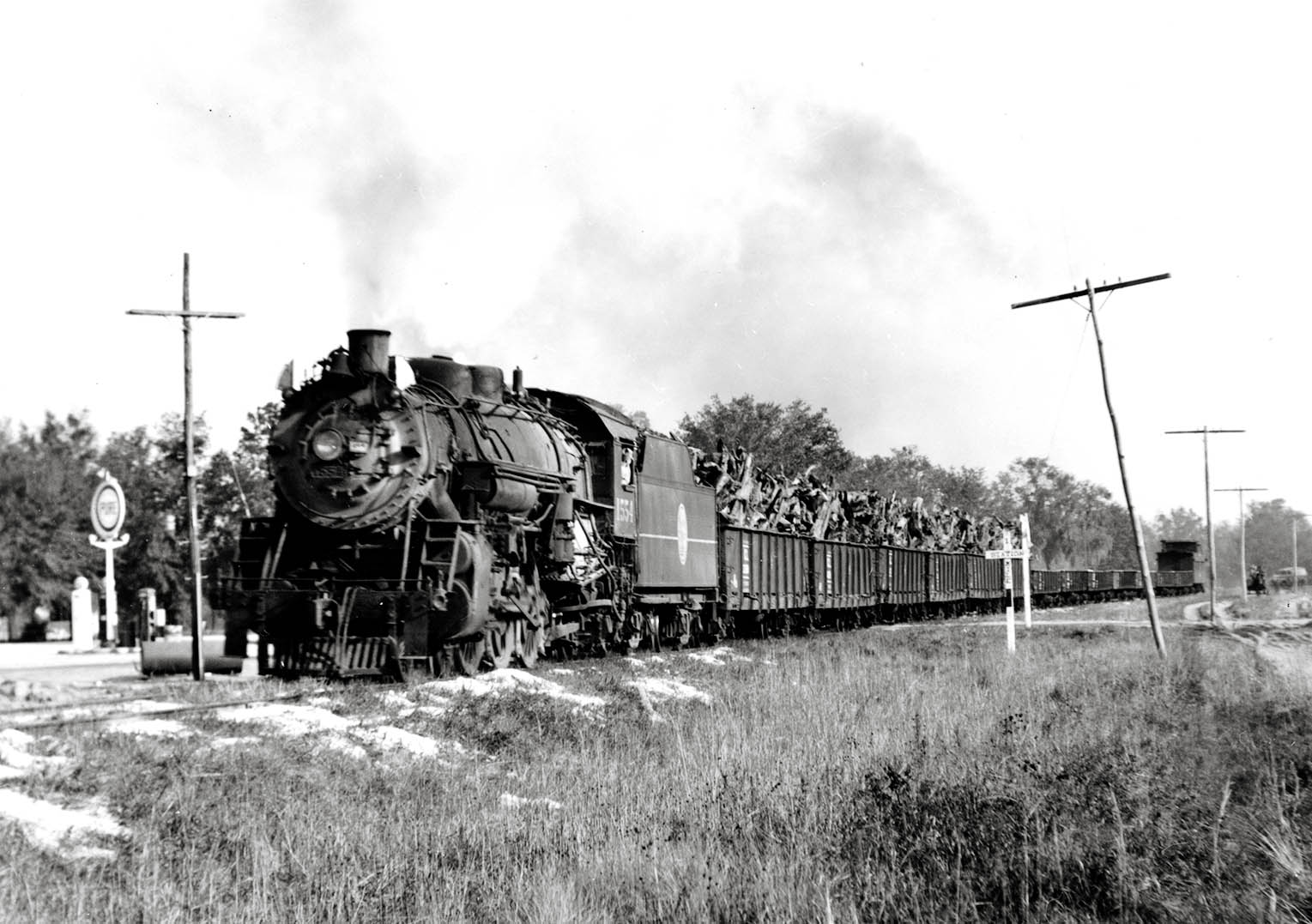 Rising fortunes in the Roaring ’20s

ACL’s fortunes continued to rise through the 1920s, and it was soon double-tracking its Richmond–Savannah main line and improving other routes. The “family” continued to grow, with a joint lease (with L&N) in 1925 of the Clinchfield (Spartanburg, S.C. to Elkhorn City, Ky.) and purchase in 1926 of the bankrupt Atlanta, Birmingham & Atlantic. Atlantic Coast Line renamed the AB&A as Atlanta, Birmingham & Coast, and kept it as a separately run property. The Y-shaped AB&C provided an important missing link between ACL’s south Georgia shop town and hub of Waycross with L&N at Birmingham and Atlanta. ACL’s “family lines” — a term first used in the 1920s and formally applied to the group in the 1970s — totaled more than 12,000 miles at peak, of which Atlantic Coast Line owned about 5,500.

Relative prosperity in the Great Depression

Although Atlantic Coast Line was able to acquire only a few dozen diesel electric locomotives, mostly Electro-Motive E and FT types before 1945, it rapidly ramped up when restrictions on such purchases were lifted after the end of World War II. Larger numbers of Electro-Motive diesel locomotives arrived through the late 1940s, except for a few Alco and Baldwin-made diesel-electric switcher locomotives. In 1950 and 1951 alone, Electro-Motive delivered some 350 diesel electric locomotives. A few more came in 1952, and ACL’s roster of 564 diesels was complete; 154 were GP7 general purpose-type locomotives — Atlantic Coast Line had no need for GP9 general purpose-type locomotives. Steam locomotives were almost gone by 1952, but a few Pacific and Ten-Wheeler-type steam locomotives ran on two former AB&C branches in Georgia until 1955. 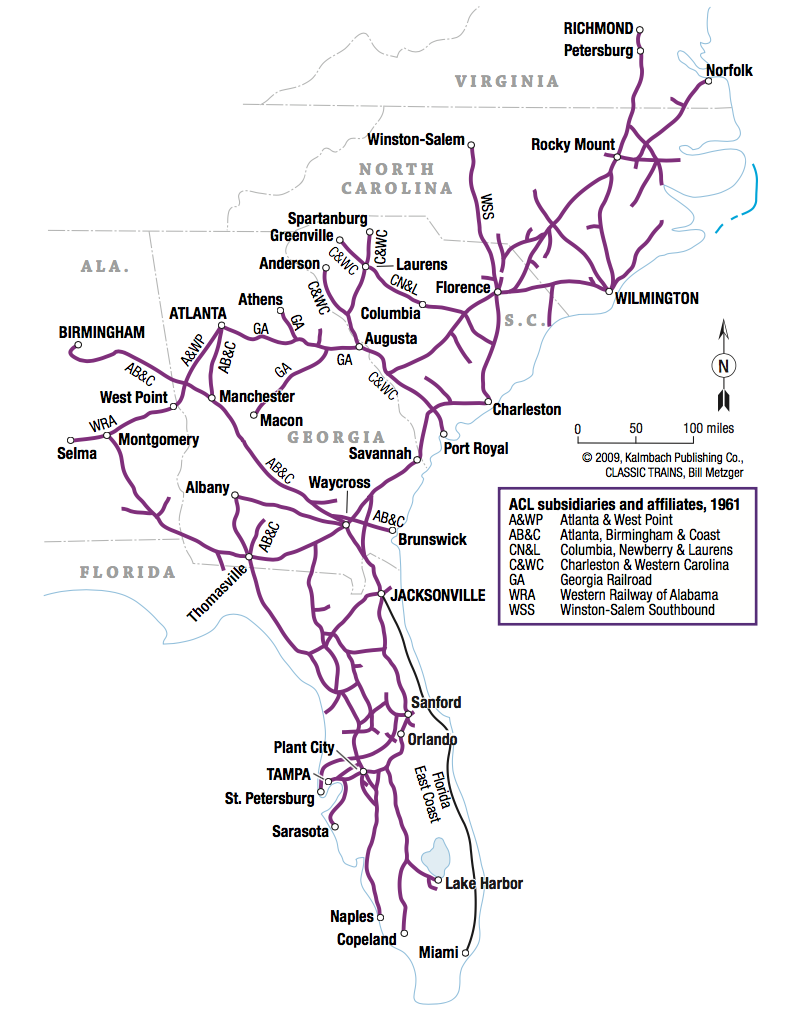 Atlantic Coast Line bought thousands of new freight cars after World War II, many with roller bearings years before they became standard; Centralized Traffic Control signaling; train radio; and many other physical plant improvements. Like much of the industry, Atlantic Coast Line endured slim years in the late 1950s. It ceased operating dozens of local passenger trains, closed branch lines, and bought no locomotives and little rolling stock. In 1957, Champ Davis retired at age 78 and was replaced by W. Thomas Rice, the young president of the RF&P. Rice promptly ended the maintenance-intensive purple paint scheme and replaced it with basic black, albeit with aluminum lettering and yellow striping.

Perhaps Rice’s greatest departure from Atlantic Coast Line orthodoxy was his immediate merger overture to arch-rival Seaboard. The proposal reflected growing recognition that the railroads’ most serious competitors were outside the industry. Even though Atlantic Coast Line lost its longtime Miami partner when a protracted strike took Florida East Coast out of the through passenger business in 1963, Atlantic Coast Line quickly arranged to use a combined ACL-SAL alternative route through central Florida and the two railroads eventually merged.

At first, little trackage was abandoned, but by the 1980s some former Seaboard main lines had been taken up or severed. Seaboard Coast Line kept the best passenger trains of both predecessors, and by the time of Amtrak’s 1971 inception, had become known as one of the few remaining pro-passenger carriers.