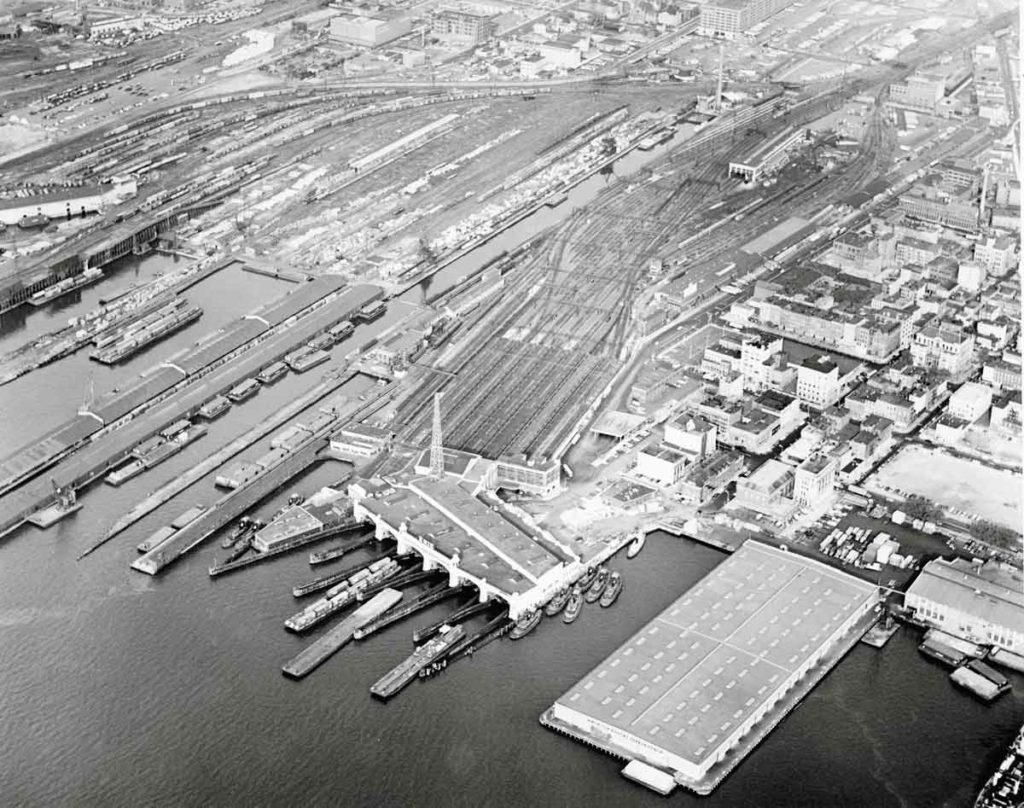 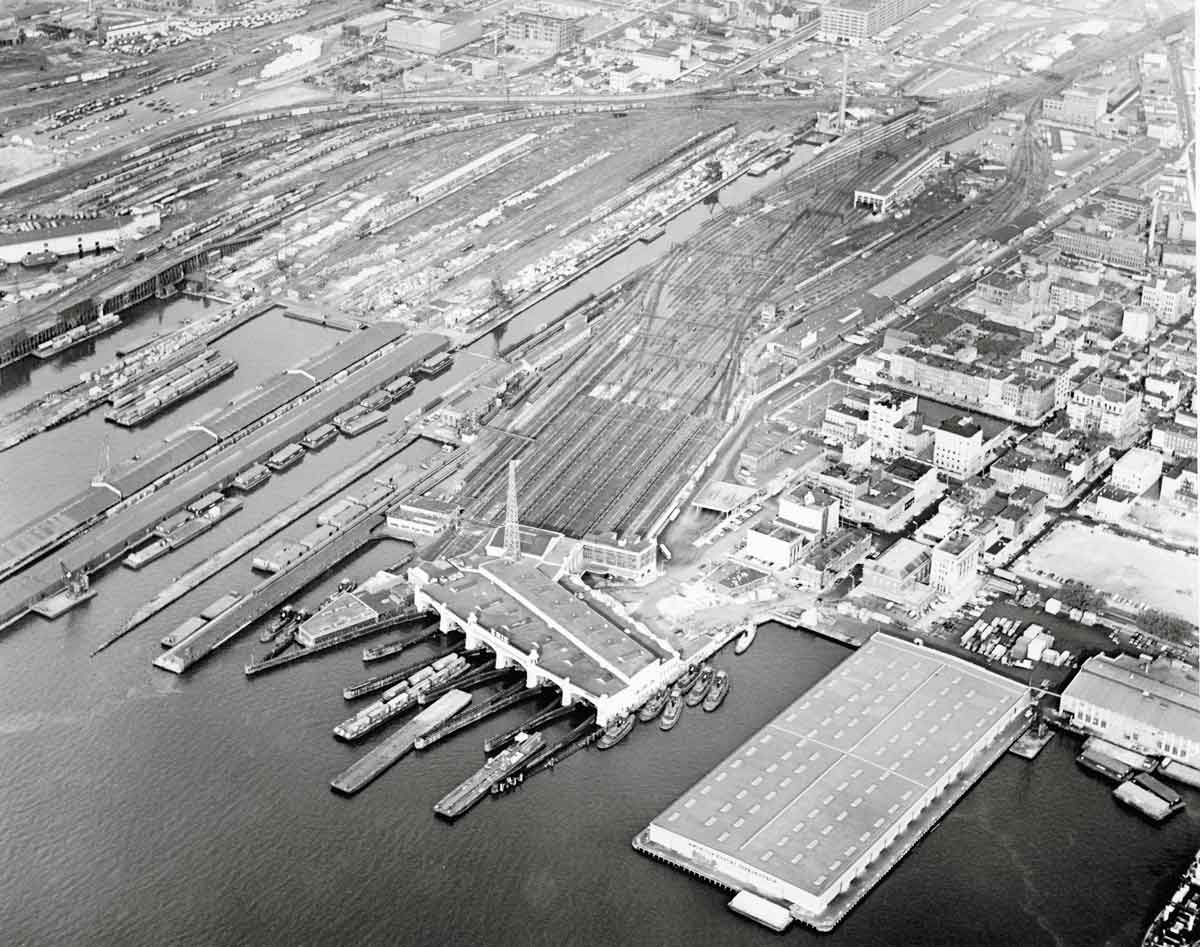 DL&W’s Hoboken Terminal
Fred W. Schneider III
Opened on February 25, 1907, the Delaware, Lackawanna & Western’s Hoboken (N.J.) Terminal replaced an earlier facility on the site destroyed by fire in 1905. The new terminal featured 16 tracks and 6 ferry slips along the Hudson River across from New York City. Catenary came to the terminal in 1930, when the Lackawanna electrified many of its suburban services. In 1956-58, Erie Railroad passenger trains were moved here from their terminal in Jersey City. The Long Slip roughly splits passenger and freight areas in the 225-acre complex. After the 1960 Erie Lackawanna merger, freight traffic was shifted to former Erie facilities. Passenger ferry service to Manhattan, which faced competition after the Holland Tunnel opened in 1927, ended in 1967. EL carfloat and lighterage operations were discontinued with the formation of Conrail in 1976. Today, Hoboken Terminal is operated by New Jersey Transit and ferry service has been restored to some degree. Running beneath the terminal, PATH rapid transit trains provide rail commuters with service to Manhattan and Newark.

Download the articles by clicking on the underlined PDFs below.