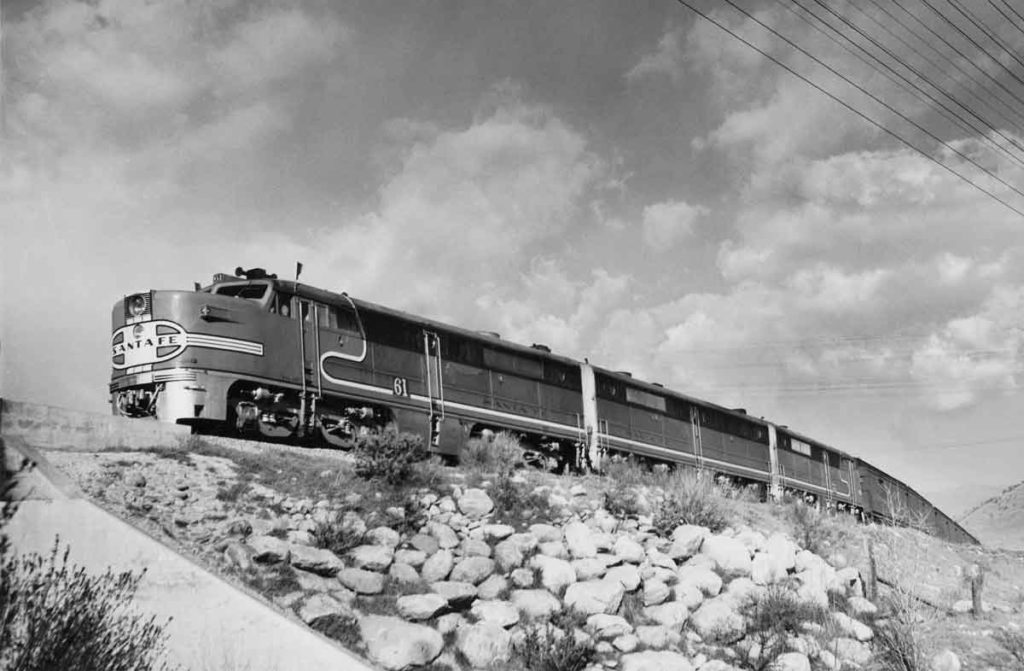 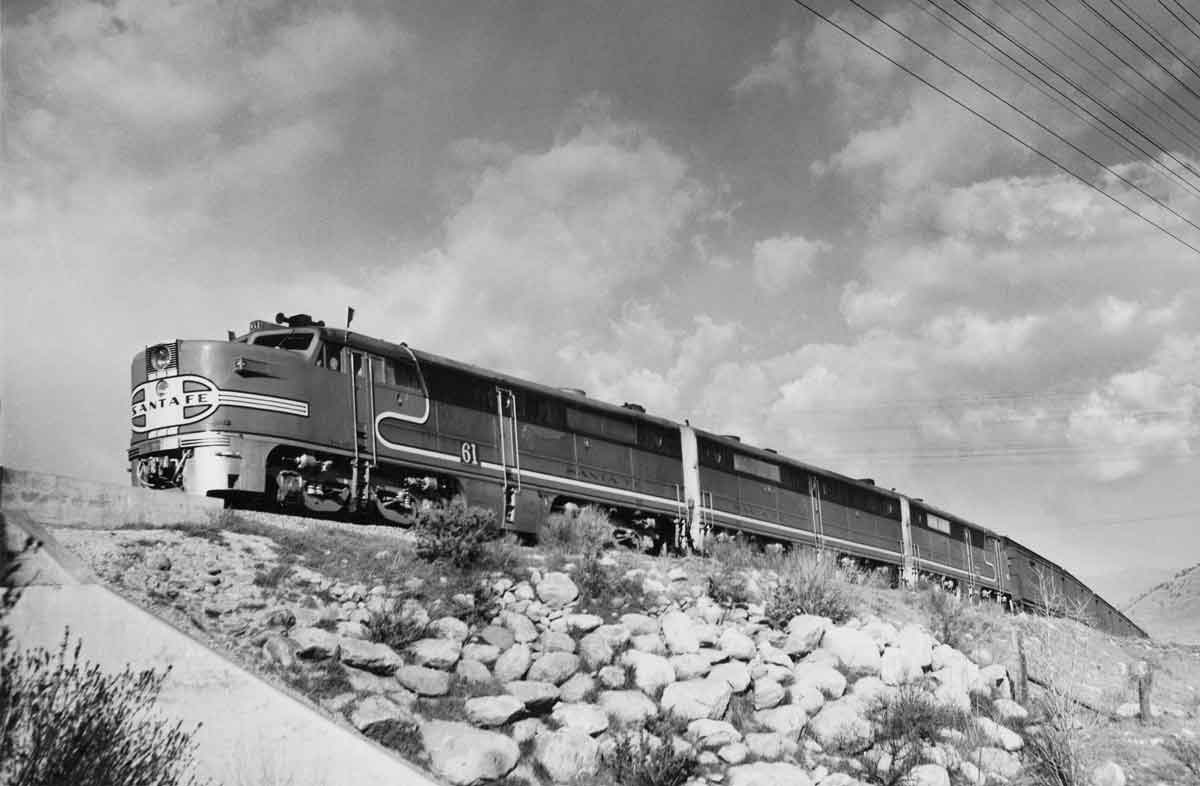 Santa Fe PA No. 61, whose long nose may have saved its crew 14 years later, in 1951 flies green flags on the point of First 24, the Grand Canyon, at Caliente, Calif.
Stan Kistler
On December 22, 1965, I was the engineer on Santa Fe Railway Los Angeles–San Diego train 76, one of the San Diegans. People were heading home for the holiday and all trains were loaded almost to capacity. We departed Los Angeles Union Passenger Terminal on time at 12:01 p.m., with two Alco PA diesels and eight stainless-steel Budd-built coaches.


We made our station stops at Fullerton and Anaheim, and the Alcos were quick in acceleration. They would pick up the train fast and be at track speed very quickly. Leaving Anaheim, it is 2 miles to a sweeping curve boarded for 65 mph. At the east end of the curve was the State College Boulevard road crossing, which was protected by automatic signal flashers and signs indicating a railroad crossing.


As I approached the crossing at the prescribed 65 mph, I could see the red flashers working. I was sounding the air horn long and loud. We were almost at the crossing when suddenly two large dump trucks, running bumper to bumper, reached the crossing. The leading truck somehow made it across, but the second truck did not. We struck it dead center, with a loud crash. One moment I was looking at the track ahead, then the next all I could see was blue sky.

The engine rose up, twisted, and turned on her right side. We were violently slammed along the ballast with sand, rocks, and pieces of debris coming in the cab window on my side. Ed Seybels, my fireman, was thrown from the left-side seat down on top of me, then back against the rear of the cab. We traveled about the equivalent of a city block amid sounds of tearing metal, with dust and glass flying inside the cab. I could see we were heading for a building, and I thought we were going to crash into it. Suddenly all the noise stopped, and the engine came to rest just short of the building. I couldn’t believe how quiet it was.

Ed was behind me in the sand and debris that filled the bottom of the cab. “Eddy, we better get out of here, she might catch on fire!” I said.

The left-side cab window was the only way out, and I climbed up on the control stand and was able to reach the handle to open the window. I managed to get it open and told Eddy to get up on the control stand. He was dazed but managed to make it. We both got out of the window and were standing on the left side of the engine when the conductor came running up to see if we were OK. We were about 10 feet off the ground and he told us to stay put until the fire department arrived with a ladder. Both Eddy and I were covered with blood from many cuts and abrasions.

There was a 2-gallon glass drinking-water jug mounted in the center of the cab. When it shattered in the collision, flying glass from it had cut us up considerably, including a large cut on the side of my neck. In the emergency room at the Anaheim hospital, a doctor told me that the cut was a sixteenth of an inch from severing my jugular vein. Both Eddy and I had bruises all over our bodies. We were taken to the Santa Fe hospital in Los Angeles and released on December 24 so we could be home for Christmas.

The two locomotives, Nos. 61 and 51C, never worked again. They sat on a track at the San Bernardino shops for a long time and were finally scrapped. I shall always consider myself very fortunate in that we were on an Alco PA on this trip instead of the EMD F units that were more commonly used on the San Diegans. The Alco’s long nose, constructed of heavy-gauge steel and reinforced with heavy steel bracing, took the brunt of the impact and, I believe, saved our lives.

There were injuries among passengers on the train, but no fatalities. The first coach behind the engines was telescoped and crushed through the vestibule and restroom area, and came to rest in a parking lot adjacent to the right of way. The second car sat a short distance away, turned over and almost completely on its side. This was the car in which most of the passenger injuries occurred. The next four cars were derailed but remained upright, and the last two were not derailed.

The driver of the truck we hit was instantly killed. Both trucks were loaded with 17 tons of sand for a building site in the area. It was learned later that the drivers had stopped at a cafe and had stayed too long, thus they were late for the delivery deadline of the sand.

Wrecking crews managed to clear the accident area and place a shoo-fly in service about 10:30 p.m., some 10 hours after the wreck. About a week or so later, it was reported that crossing gates would be installed at the State College Boulevard crossing.

While many years have passed since this incident, I well remember the wild ride Ed Seybels and I, and our passengers, experienced that day in 1965 on train 76.